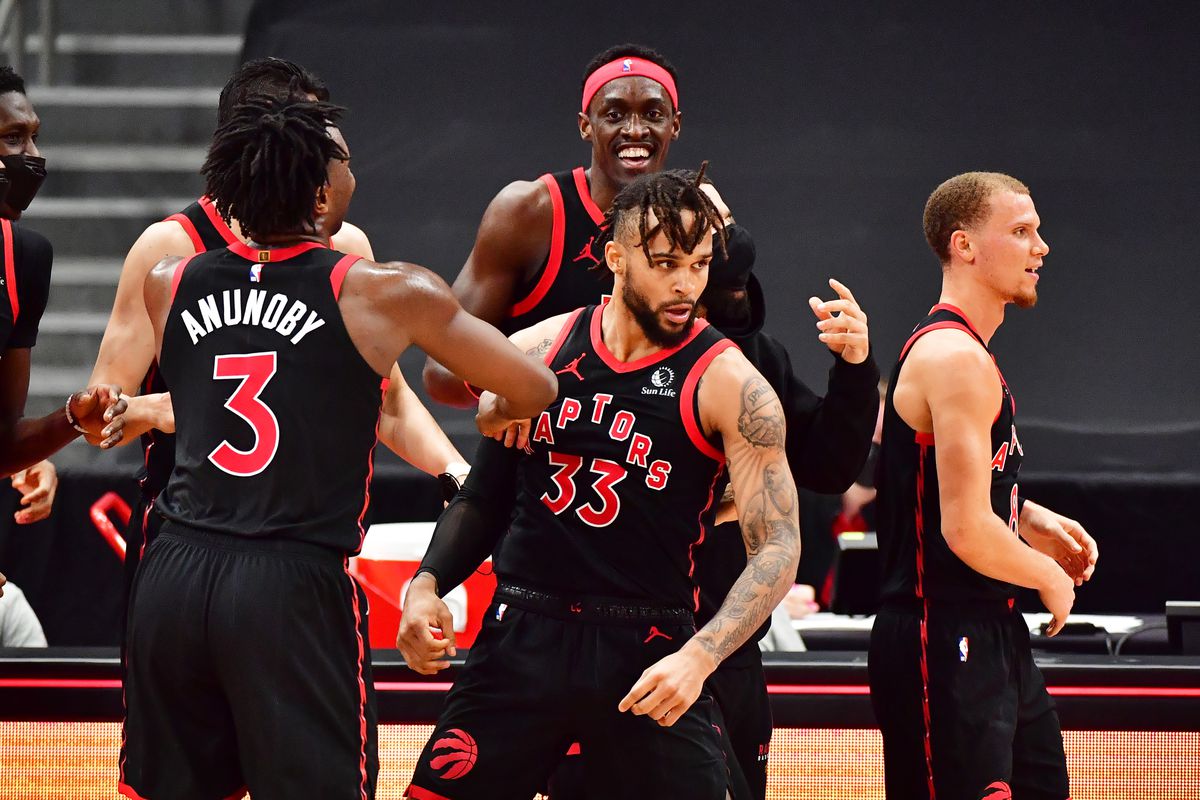 Offseason news has finally died down as teams have finalized the majority of their rosters with training camp on the horizon. Coming off a write-off of a season, the Toronto Raptors are finally back in Canada and are a much different team than they were last year. Considering all the changes and new faces, here are some early predictions regarding the Raptors and their success this upcoming season.

Toronto Raptors prediction No. 1: Toronto finishes with a top 6 seed The NBA world has forgotten just how good Toronto was when they were fully healthy. Out of all the teams that got hit with the injury and the COVID bug the worst, the Raptors were among that list. Fred VanVleet, Pascal Siakam, Kyle Lowry, and many role players missed a lot of action due to these factors. This prevented Toronto from garnering any sort of consistency with their rotations and schemes throughout the season.

Looking ahead to the upcoming season that won't be the case (besides Pascal Siakam who may be out until November). The departure of Kyle Lowry is a big hit to what makes the Raptors so good, but their next-man-up mentality will thrive and be evident as the season progresses.

Most importantly, the Raptors will finally have homecourt advantage again in Toronto. It's consensus knowledge that the Raptors have one of the best fan bases in the NBA, and playing without that advantage is obviously going to be detrimental for any team.

It's ignorant to think a Raptors team with the talent they have won't make the playoffs or won't be competitive in the East. Will they be among the top teams in their conference? Most likely not, but can they be better than the New York Knicks and Atlanta Hawks? Definitely.

Toronto Raptors prediction No. 2: Scottie Barnes has a rookie of the year-esque season

The hype around the nation up north is the addition of the lively and energetic Scottie Barnes. Everything he embodies on the basketball court aligns with what the Raptors look for in players. There are a few things that point towards Barnes having an amazing rookie season.

The first thing is that Barnes is a part of a stable and functional organization. Many times rookies with great talent are put in environments that don't utilize their giftings to maximize their potential. That won't be the case in Toronto.

The Raptors' player development program will have a great impact on Barnes and most importantly he has a more than competent coach at the helm. Nick Nurse is a defensive wizard and won't shy away from putting Barnes in unique defensive situations considering his 7-foot-4 wingspan.

The one-and-done product from Florida State is also coming into a situation where he isn't expected to be "the man". Every other top 5 pick has incredibly high expectations and that opens the door to major disappointment. Barnes gets the privilege of coming into the NBA with the freedom to do what he does best.

Now, this is a very bold prediction indeed but isn't a bad one by any means. There are a lot of players that you could choose to be an early contender for this award, however, Trent has all the signs that point towards a MIP caliber season.

Coming into this season fresh off a 3-year $54 million deal, the opportunity for Trent to be great is finally here. With Kyle Lowry being gone this now allows Trent to be a starter along with Fred VanVleet in the backcourt. In his few appearances as a starter last season, we've seen glimpses of star potential specifically from his performance against the Cleveland Cavaliers, in which he finished with 44 points on an absurd 89 percent from the field.

The one concern with Trent is that he is very inconsistent offensively, but that is something that can easily improve. We've seen Julius Randle turn an inconsistent career into a player who is capable of being on an All-NBA team. With a more stable and consistent environment with the Raptors being back in Canada, this allows the 22-year old to feel more comfortable in a basketball setting.

When looking at his statistics Trent averaged 16.2 points, 3.6 rebounds, and 1.3 assists once he joined the Raptors. It is more than possible that his points per game totals reach the 20 points threshold, along with his impact on the court being more than his scoring. Trent has already developed into a solid defender and can even further advance his defensive skills, having an entire offseason and training camp with the Raptors defensive coaching staff, and players like OG Anunoby and Fred VanVleet.

There is different energy surrounding the Toronto Raptors compared to the beginning of last season. There has been change that may leave supporters feeling down temporarily, but this season has all the signs pointing towards a successful stint for Canada's only NBA team.