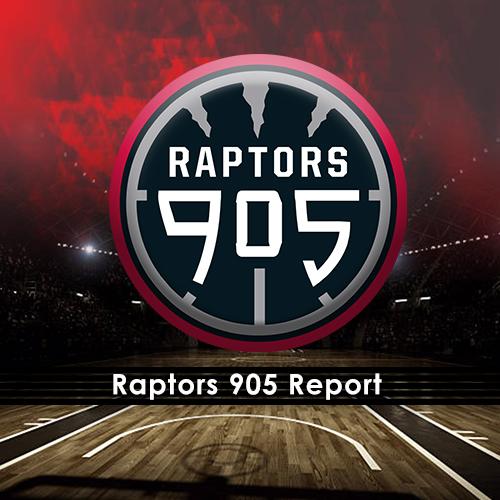 The Raptors 905 went into the home of the Greensboro Swarm and leave with a 123-116 victory, although suffering a bit of a scare during the second half. Ron Harper Jr. led all players in scoring and willed this team to this victory.

Within the first 24 minutes of action, this game was controlled by the 905. They got off to a great start, with a large portion of the credit going to Harper. The rookie had 19 points in the first half and a total of 29 points. He looked extremely comfortable getting to his spots, which proved to be a problem for the Swarm defence.

This was a great development for the 905 as it alleviated a large offensive burden from 905 star player, Saben Lee, who currently leads the team in scoring with 20.2 points per game. In this contest, he finished with 19 points but was sensational at finding his teammates tallying nine assists.

Going into halftime the 905 held a 76-53 lead and were completely dominating the Swarm. However, basketball is a game that lasts 48 minutes and Greensboro did not show any signs of quitting. Coming right out of the gates in the third quarter and outscored the Raptors 26-15. That high octane offence in the first half was surprisingly neutralized quickly.

Jalen Crutcher was great for the Swarm posting 27 points, five assists, and three steals. The backcourt led by him and Kobi Simmons (25 points) combined for 52 points. However, despite the attempt to come back, the execution down the stretch proved to be the deciding factor and the 905 prevailed.

Reggie Perry had a great game finishing with 25 points and six rebounds, along with Gabe Brown who finished with 23 points and eight rebounds. The 905 forced 19 turnovers and won the rebound battle 47-44. Although the Swarm outplayed the 905 in the second half, they were the team that played the best basketball game.

The Raptors 905 now improve to 4-1 on the season and are currently the second seed in the East, behind the undrafted 3-0 Maine Celtics. They will shift focus to their next game against the Delaware Coats on Friday at 7 PM ET.