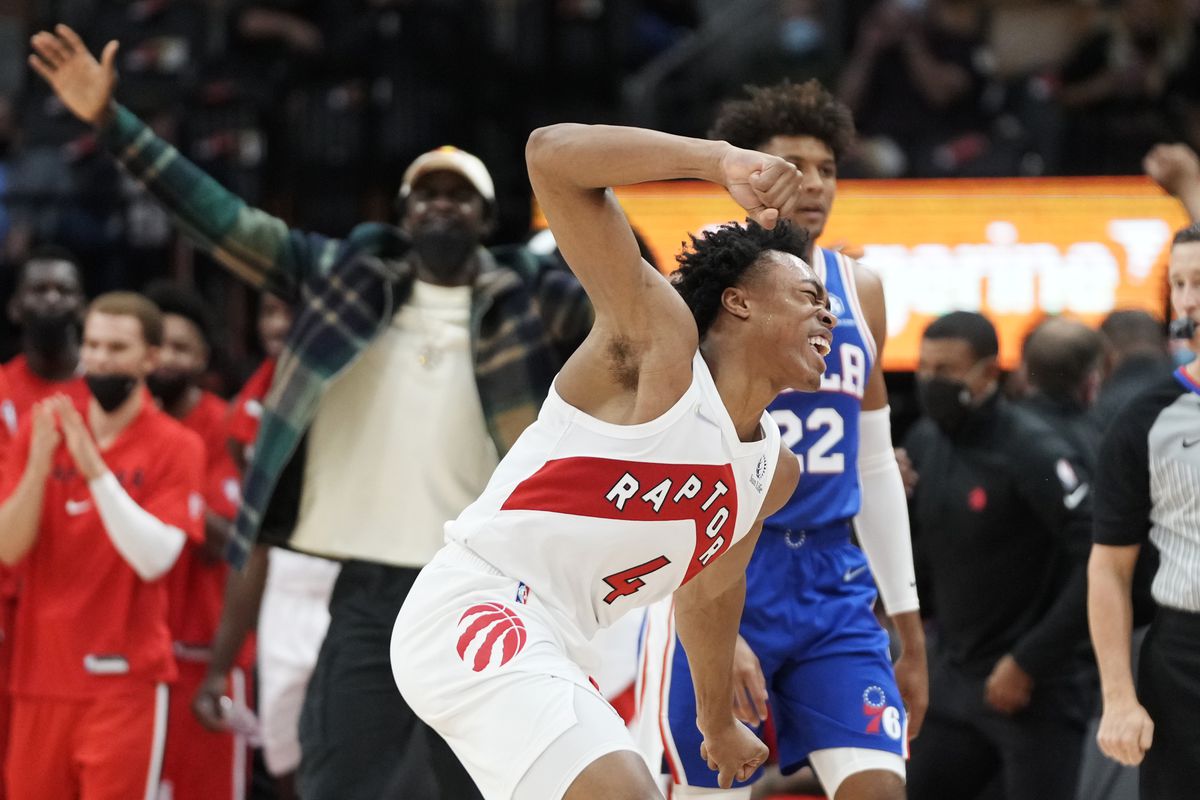 Despite a slow start, the Toronto Raptors put their foot on the pedal and never let up finishing with a 123-107 win over the Philadelphia 76ers. A game that was easily won by the youth and energy of Toronto.

There was no doubt going to be a buzz in the arena since the Raptors were playing their first game in Toronto in more than 500 days. Scotiabank Arena wasn't close to full capacity but the fans that were there already made an impact on the game.

A lot of attention was surrounding the fourth overall pick Scottie Barnes and he didn't disappoint. The young star finished with 13 points, nine rebounds, and six assists while being a spark plug on the court. His energy was infectious and seemed to rub off on the rest of the team, especially the second unit.

Delano Banton, Yuta Watanabe, Just Champagnie played absolutely amazing. Deflections, steals, they were using their length turning defense into offense. Toronto is in contention for the team with the most length when it comes to their players and it was evident in their first preseason game holding the Sixers to just 40 percent from the field.

OG Anunoby had a very solid outing finishing with a game-high 21 points. It was unlike performances seen in the past as OG was taking shots he wouldn't typically attempt in prior seasons. Stepback jumpers, post fadeaways, it was clear that he has worked on his game and is ready to take that jump that many Raptors faithful have been looking forward to.

The major weak spot for Toronto continues to be the center position, which was proof due to Andre Drummond having a field day finishing with 19 points and 14 rebounds, 17 of those points came in the first half. However, Precious Achiwua was very good and brought an element the Raptors lacked last season.

It will be fun to see what this team has in store for the rest of the preseason. They continue their preseason play Thursday at Philadelphia at 7 PM ET.