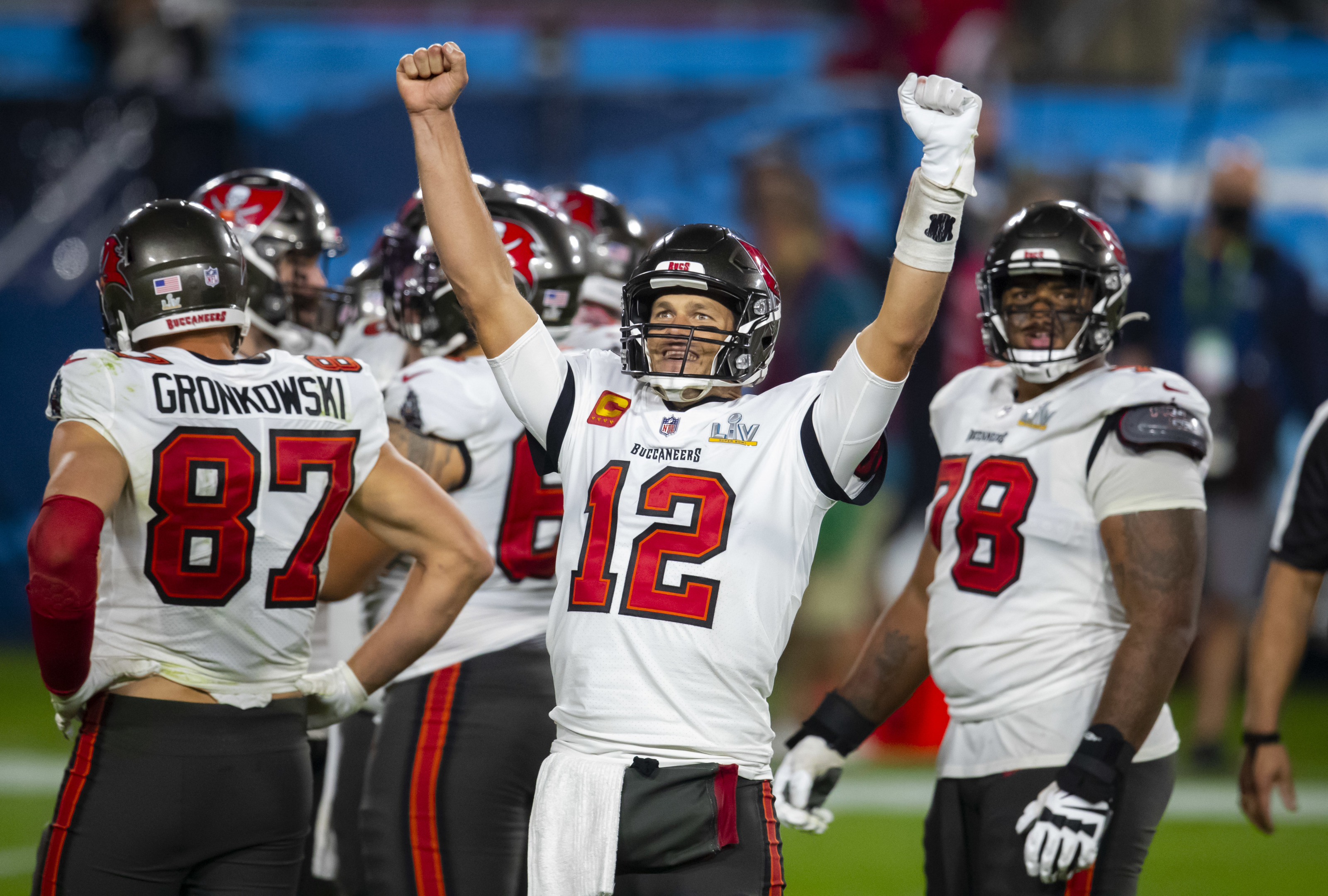 The first game of the NFL season did not disappoint.

Scoring opened up in the first quarter with a Chris Godwin receiving TD, getting the Buccaneers out to a 7-0 lead.

Dallas would respond with a score of their own on a Ceedee Lamb score. The PAT would be made, leading to a 7-7 tie.

Points made their way onto the board in rapid succession, seeing Rob Gronkowski, Amari Cooper, and Antonio Brown catching touchdowns and Greg Zuerlein adding 3 points on a 35-yard field goal. Zuerlein would miss the PAT on the Amari Cooper score, and he would miss a 60-yarder at the end of the first half.

The first half closed out with an interception in the endzone thrown by Tom Brady.

The third quarter saw Zuerlein make another field goal, this one from 21 yards out, before Gronkowski caught another one. Not to be outdone, Dak Prescott would find Amari Cooper for Cooper’s second score.

The Dallas defense forced a total of four turnovers in this one, with two interceptions and two forced fumbles. These turnovers kept Dallas in this one. With just over 4 minutes left in the game, Chris Godwin fumbled, and Dallas recovered. Trailing 28-26 in the fourth, Dallas would begin a drive hoping to take over the lead.

A 3rd and 11 after the two-minute warning was converted by Ceedee Lamb, picking up much more than the 11 he needed before getting out of bounds. A few plays later Dallas had a 3rd and 16 following a Holding penalty. Amari Cooper would pick up enough to lead to a 4th and 6 with 1:29 left in the game.

Zuerlein lined up, looked at the uprights, and knocked through a long three points to give Dallas a 29-28 lead.

With one timeout and 1:24 left on the clock, Tom Brady and the Buccaneers got set to go to work. A swing out left to Giovanni Bernard, a near interception by Trevon Diggs, a tough catch by Bernard, a False Start, a flat route to Gronkowski, a curl to Gronkowski, and a deep incompletion set up a 2nd and 10 with 24 seconds left. Lining up at the 42 found Chris Godwin down the sideline who went out at the 18-yard line on a back shoulder throw.

It looked like Offensive Pass Interference could’ve been called on Godwin, but no flags came out.

After three incompletions, meant to kill off a bit of clock with very little risk, Ryan Succop lined up to kick a field goal. The 36-yard field goal sliced through with just two seconds left on the clock, giving Tampa Bay a 31-29 victory to open their Super Bowl defense campaign.

Players that stood out in this one, in one way or another, included Dak Prescott, Ezekiel Elliott, and the Dallas receivers, on the Dallas side and the entirety of the Tampa Bay front seven, Antonio Brown, and Rob Gronkowski for the Buccaneers.

Ezekiel Elliott and the Dallas run game had significant struggles in this one, which in part led to the early and often throwing that Dak Prescott did. Kudos have to be given to the Tampa front seven for making running the ball so difficult. Vita Vea in particular made his presence felt all game long. Prescott finished 42/58/403/3/1.

Dallas will visit SoFi Stadium to take on the Los Angeles Chargers on Sunday, September 19 while the Buccaneers will host their divisional rival Falcons.

Bills Shutout the Dolphins to get to 1-1

Argos Hang On for 17-16 Victory Over Rival Tiger-Cats

Buccaneers and Cowboys Get Ready to Start 2021/2022 NFL Season