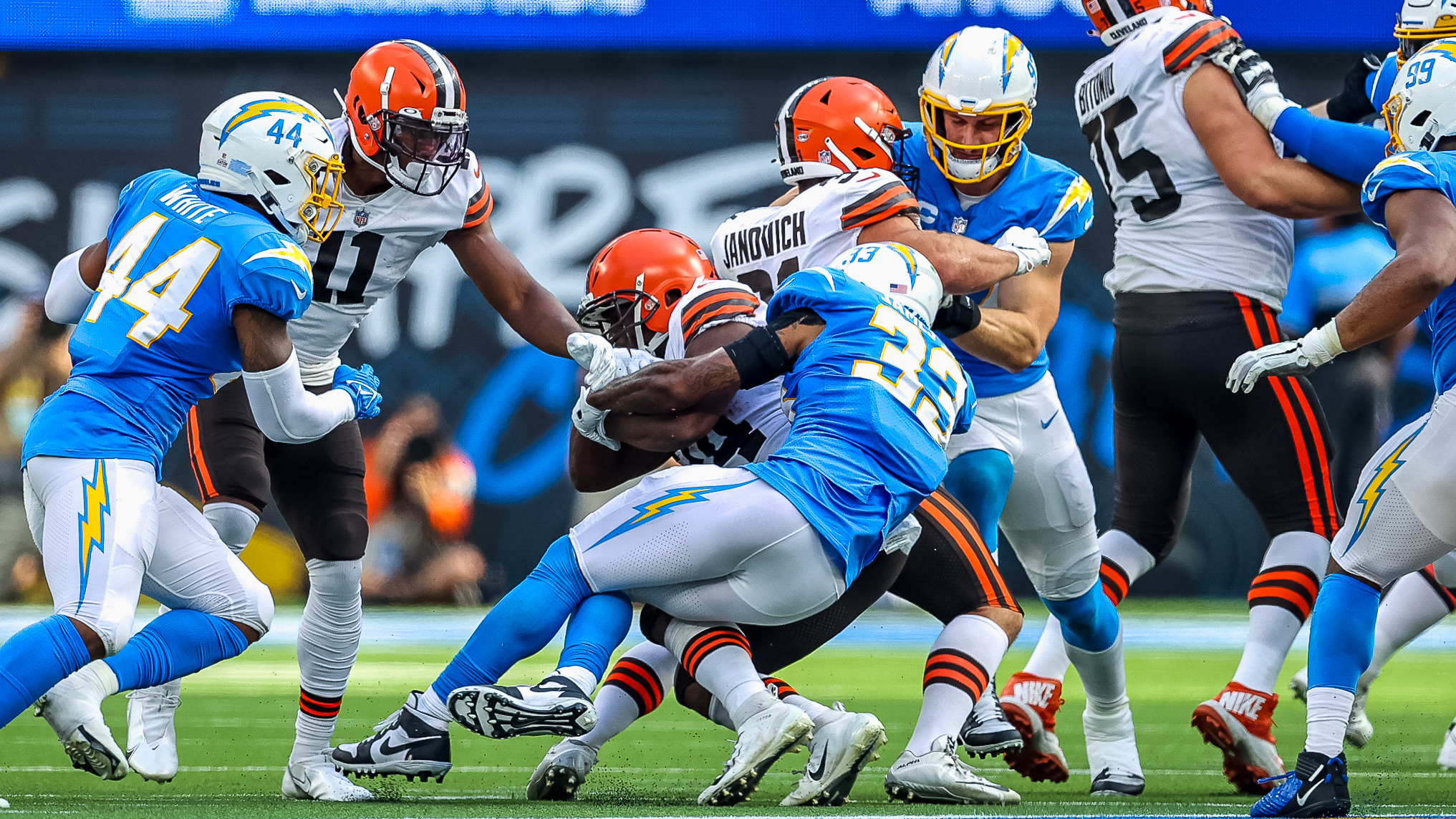 The L.A. Chargers covered the spread at home against the Cleveland Browns in a shootout on Sunday (October 11) afternoon.

While the Chargers have looked very good through the first quarter of the season, it was the Browns who stole the show in the first half, scoring a pair of touchdowns in the second quarter and taking a seven-point lead with them into halftime.

Both teams traded touchdowns in the third, before turning it into overdrive in the fourth.

After the Chargers took a one-point lead early in the fourth, the Browns answered immediately with a touchdown followed by a two-point conversion, regaining their lead.

After both teams traded touchdowns, the Browns got the ball back with a little more than three minutes to play and a one-point lead.

However, the Chargers' defense stiffened, forcing a punt and giving the ball back to their sophomore quarterback who continues to blossom into a legitimate star.

Justin Herbert led the Chargers all the way down the field on a 48-yeard drive that took only 31 seconds and culminated in L.A.’s seventh touchdown of the game.

With under two minutes to go, Cleveland was unable to mount a comeback, as the Chargers hung on for the 47-42 win.

The Browns showed why they have the best rushing attack in the league—they ran for 230 yards in the game, 161 of which came courtesy of Nick Chubb.

However, while Baker Mayfield completed 72 per cent of his passes and threw for 305 yards and two touchdowns, he and the Browns' offense struggled to make plays through the air in key moments—something they have struggled to do all season thus far.

L.A.’s Herbert strengthened his bid to become the latest sophomore quarterback to win MVP—he completed 60 per cent of his passes for 398 yards and four touchdowns through the air as well as one on the ground.

Things don’t get easier for either team. As L.A. will be in Baltimore taking on the Ravens, while the Browns will be hosting the undefeated Arizona Cardinals.

Cover photo courtesy of the L.A. Chargers via Twitter