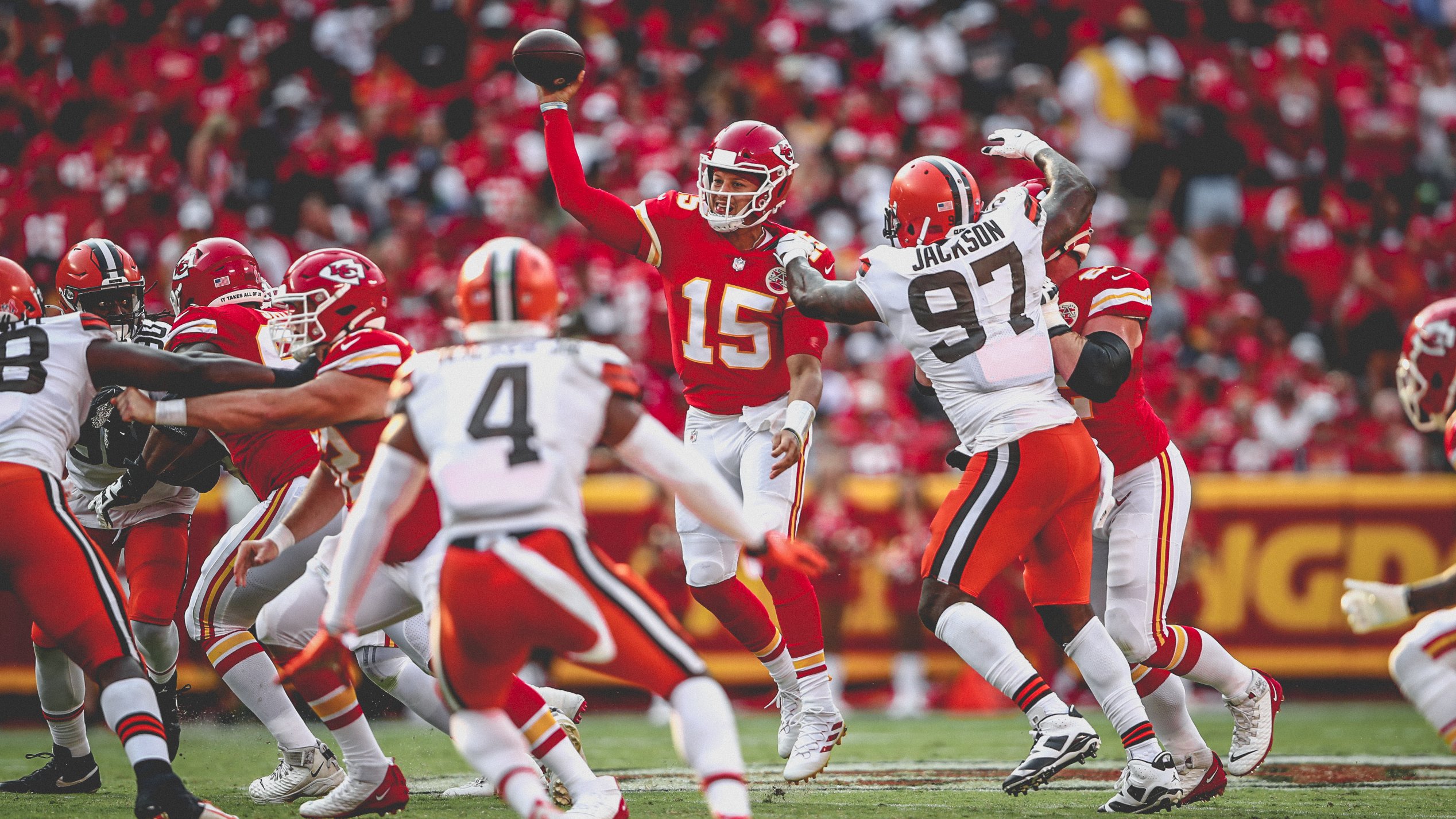 The Kansas City Chiefs beat the Cleveland Browns in week one in a game that featured two teams that could potentially meet in the AFC Championship game.

Cleveland’s offense looked unstoppable in the first half, they scored touchdowns on their first two drives of the game, and established a 22-10 lead going into the break.

It appeared, after the first 30 minutes, the Browns had figured out how to contain the Chiefs’ explosive playmakers, as their run-heavy offense took a lot of time off the clock, and limited the reigning AFC champions to just three drives in the first half.

However, Kansas City showed why they’ve won the AFC two years in a row in the second half—they scored on both of their first drives of the third quarter, and cut the lead to just two points.

The Browns responded in the fourth with another touchdown, their fourth of the game, extending their lead to nine points.

However, the Chiefs answered with a one-play drive, a 75-yard bomb from Patrick Mahomes to Tyreek Hill, to once again draw within two.

Then, on the Brown's next drive, the Chiefs defense finally dug in and got a stop. On the ensuing punt, kicker Jamie Gillan bobbled the snap, and gifted Kansas City with excellent starting field position.

Mahomes made sure not to waste it, as he hit Travis Kelce for an eight-yard score, giving the Chiefs their first lead of the game 33-29.

After both teams traded punts, the Browns got the ball with 2:49 left in the game and a chance to win it.

However, after getting almost to mid-field, Baker Mayfield, attempting to escape a collapsing pocket, tried to heave a pass out of bounds as he was falling to the turf.

It didn’t go quite far enough, and Chiefs’ defensive back Mike Hughs picked it off, sealing the victory for Kansas City.

Both offenses were outstanding, Chubb ran for 83 yards and two touchdowns, and, while he didn’t throw a touchdown, Mayfield completed 75 per cent of his passes for 321 yards.

However, he was outplayed by the former NFL MVP Mahomes, who also completed 75 per cent of his passes for 336 yards and three scores.

Hill showed why he’s practically uncoverable—he had 11 receptions for 197 yards and a touchdown, while Kelce had 76 yards and two touchdowns on six receptions.

While not officially ruled as a turnover, Gillan’s mishandling of the snap on fourth down in his own territory was a costly mistake, as it gave the surging Chiefs and Mahomes a short field, and the ensuing touchdown forced Cleveland to go to the air more, and move away from their run-centred, ball-control style of offense.

Things don’t get any easier for the Chiefs in week two, as they take on the always-dangerous Baltimore Ravens, who will be looking to avenge their overtime loss in week one, in the Sunday night game.

The Browns, meanwhile, will return home to host the 1-0 Houston Texans. Kickoff is scheduled for 1 p.m.

Cover photo courtesy of the Kansas City Chiefs via Twitter