If Leafs win who should Tavares first pass the Stanley Cup to? 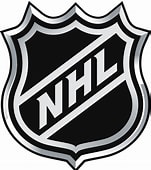 My favorite part of NHL playoffs is watching the priceless reaction of grizzled veterans finally realizing that boyhood dream of lifting the Stanley Cup.

As a fan, it's always special to see their boyish excitement or in some cases happy tears when the team captain hands them the cup.

Prior to playoffs. I often go through the teams and pick out the veterans who aren't far away from retirement who are still competing for that first Stanley Cup.

Though I am from Toronto, and am rooting for my Maple Leafs, I have to admit that if they don't win, I would like to see the Florida Panthers mainly due to wanting to see 42 year-old forward Joe Thornton finally lift the Cup and retire as a Stanley Cup winner.

Being a die hard Leafs fan, I have often wondered if the Leafs win the Cup, would captain John Tavares first hand the Cup over to 38 year-old grizzled veteran Jason Spezza or 33 year-old forward Wayne Simmonds? Both have played over 1,000 games and are on the back nine of their careers. They are also both still looking for that first Stanley Cup win.

Another possibility for Tavares would be 38 year-old defenceman Mark Giordano who in late March was traded from the Seattle Kraken to the Leafs.

Personally if the Leafs win I would love to see Tavares hand the Stanley Cup to the Mississauga born Spezza.

Spezza was drafted 2nd overall in the 2001 draft by the Ottawa Senators.

During his prime years Spezza would play a big role on the Senators number one line with captain Daniel Alfredsson and Danny Heatley.

He would spend 11 years in the nations capital and had his longest playoff run in 2007 when he scored seven goals and 22 points in helping the Senators make it to the Stanley Cup finals where they ended up losing in five games to the Anaheim Ducks.

As a Senator his most productive season came in the 2007/08 campaign when he scored 34 goals and 92 points.

In Ottawa Spezza ended up playing 686 games where he scored 251 goals and totaled 687 points.

On July 1, 2014, Spezza's tenure with the Senators came to an end as he was traded in a multi player deal to the Dallas Stars.

During his time with the Stars, Spezza played in 379 games where he scored 81 goals and 228 total points. His most productive campaign in Dallas came during the 2015-16 season when he scored 33 goals and totaled 63 points.

While wearing Leafs colors Spezza has scored 31 goals and 80 points in 183 games. In total for his career he has played in 1,248 games where he has scored 363 goals and 995 points.

In 2015 Spezza was named the best forward after scoring six goals and 14 points in 10 games in helping Canada strike gold for the first time since 2007 at the World Championships.

It's been a special career full of accomplishments and right now the big thing missing is a Stanley Cup.

Meanwhile another player who is inching closer to the finish line is Scarborough resident Wayne Simmonds.

Simmonds, who was drafted in 2007 61st overall by the Los Angeles Kings, has in his career played for the Kings, Philadelphia Flyers, Nashville Predators, New Jersey Devils, Buffalo Sabres and Leafs.

Starting in the 2008/09 campaign, Simmonds would go on to play three seasons for the Kings before eventually getting traded on June 23, 2011 in a multi-player deal to the Flyers.

His most productive season with the Kings came in 2009/10 when he totaled 16 goals and 40 points along with 116 penalty minutes.

As a Flyer, Simmonds played seven full seasons before getting traded on February 25, 2019 in a multi-player deal to the Nashville Predators. Simmons best years in Philadelphia came in 2015/16 and 2013/14 when in both those seasons he produced 60 points.

It was a brief stop in Nashville where he played only 17 regular season games before signing on July 1, 2019 a one year free agent deal with the New Jersey Devils.

During the 2019/20 season Simmonds would play 61 games for the Devils before getting traded on February 24, 2020 to the Buffalo Sabres.

Once again just like it Nashville, Simmonds would finish off the season as a Sabre before exiting via free agency. This time, he signed with his hometown Maple Leafs.

Simmonds, who just completed his second full regular season as a Leaf has played in his career a total of 1,019 games where he has scored 263 goals and 524 points.

Another Leafs grey beard who would be a prime candidate to be the first handed the cup is 38 year-old Giordano.

Giordano, who was traded on March 20, 2022 to the Leafs in a multi-player deal really helped the blueline as he scored two goals and 12 points in 20 games.

This Toronto resident had previously played for 15 years with the Calgary Flames. His best season came in the 2018/19 campaign where he totaled 74 points and won the Norris Trophy.

On July 21, 2021, Giordano said goodbye to Calgary as he was selected by the Seattle Kraken in the expansion draft. He would only play 55 games with them before becoming a Leaf.

Given that Giordano joined the team after the trade deadline and Spezza is older than Simmonds, odds are that if the Leafs win, Spezza is the player who will first receive the cup from Tavares.

Obviously it's a long gruelling journey and there are a number of teams who have an outstanding chance of winning. Still, as a Leafs fan, it's fun to imagine if they win who Tavares would first pass the cup to.