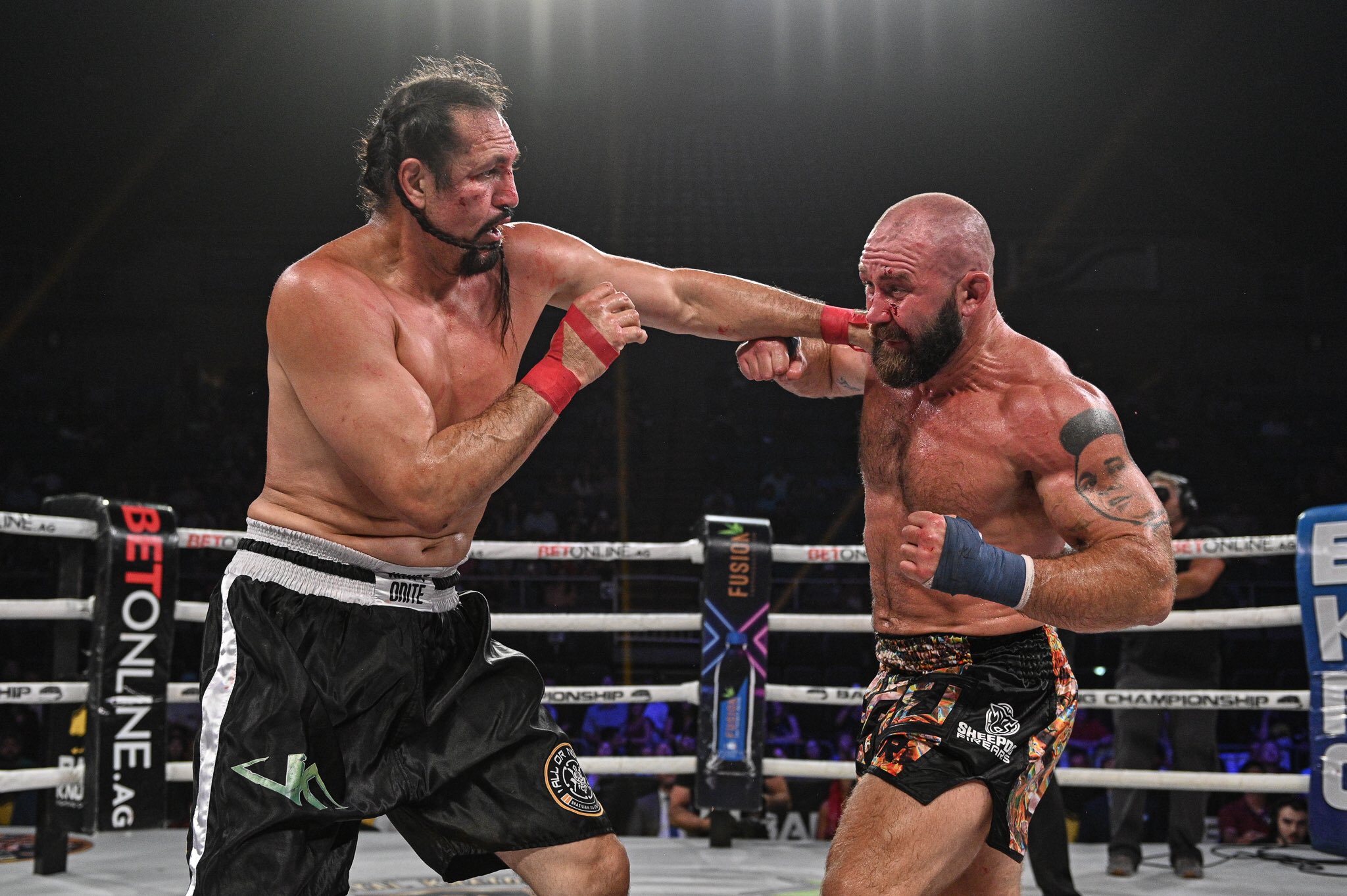 Mississippi native Alan Belcher made his bare-knuckle debut at BKFC 20 on Friday (August 20) in his hometown of Biloxi Mississippi.

Having previously fought in the UFC’s middleweight division, Belcher was getting back into the ring after a significant layoff—his last professional fight was in 2013 against Michael Bisping.

Lopez, conversely, was much more active coming into this fight, he had one boxing bout earlier in 2021, as well as five MMA, four boxing, four kickboxing, and one bare-knuckle bout in 2019, but he was just 6-7-1 in his last 14 fights, and 0-2-1 in bare knuckle.

Despite his significant layoff, as well as the fact he was moving up two weight classes to heavyweight—he used to fight at just 185 lbs.—and that he was giving up a three-inch height advantage and a 4.5-inch reach advantage, Belcher came into the fight as a -150-betting favourite.

Belcher demonstrated exceptional speed early on, as he frequently used slick head movement to neutralize Lopez’s reach advantage and land crisp counter punches in the first round, opening up cuts under each of Lopez’s eyes.

In the second, after he looked content to try and tie up Belcher and fight in the clinch in round one, Lopez came out more aggressive and willing to stand and trade in round two.

However, Belcher continued to demonstrate his superior speed, slipping Lopez’s punches and landing his own shots from unconventional angles.

Late in the third, Belcher stung Lopez with a right hand that drove him back to the ropes, but, before he could capitalize on it, the bell rang to end the round.

Both fighters started to display signs of fatigue in the fourth, Belcher wasn’t moving his head nearly as well as he was in the first three rounds, resulting in him getting caught with more punches, while Lopez was much more plodding and flat-footed.

In the fifth, both men dialed up the pressure, trying to score the finish—it was Lopez’s best round of the fight, as he could tell Belcher was starting to fade, and landed a big left hand, his best punch of the night, that clearly stung Belcher.

However, the Biloxi native weathered the storm and slipped a wild right hand from Lopez, then landed a vicious counter left hook that hurt him.

After five rounds, the fight went to the judges’ scorecards, and Belcher came away with the unanimous decision victory.

Lopez now drops to 0-3-1 in the promotion, and he’s still looking for his first bare-knuckle win.