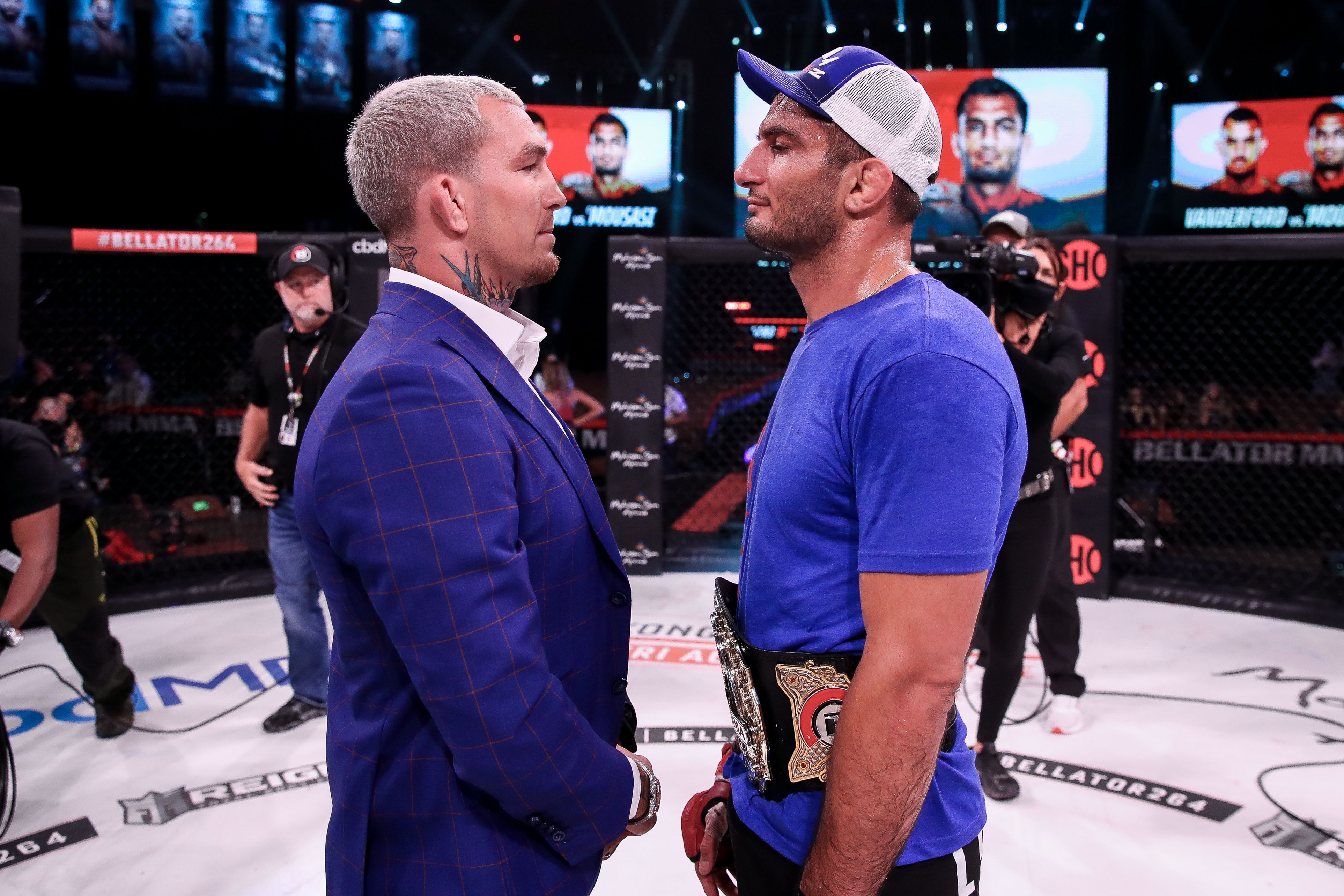 It was no secret that Salter, who was on a three fight winning streak heading into tonight's fight, would try to use his wrestling in order to wear the champion down and submit him. Salter did have some moments where he was able to execute takedowns however, Mousasi managed to regroup and regain top position before his ground and pound led to the referee stepping in to stop the fight.

"It was a little bit more difficult to get my punches in, but other than that I felt good," said Mousasi post-fight.

"I’m way stronger than people think. Maybe I look skinny but I’m a lot stronger and physically I was the stronger guy in there. On top, I felt like I could just pressure him, put my weight on him and hurt him with my punches. Make him feel the pressure. It was a five-rounder so in my mind, I’m saying ‘Okay, don’t do everything now because we can go five.’”

Bellator did not waste any time deciding who Mousasi's next challenger would be as Austin Vanderford, who was working on the broadcast during tonight's event, would be recieving the next title shot.

This is a massive opportunity for Vanderford, who is currently undefeated with an 11-0 record and on a 5-fight win streak in Bellator. There is no doubt Mousasi will be the toughest test in Vaderford's career.

Vanderford mentioned that he will not make the same mistake as Salter by using all his energy on securing an early takedown and will rely on his explosiveness and speed to get the better of Mousasi in the exchanges.

WIth Mousasi having just fought and Vanderford dealing with an injury, it is unclear when these two middleweights will clash inside the Bellator cage, but a fight at the end of the year or in early 2022 seems like a realistic timeline.

Do you think Vanderford will dethrone Mousasi?