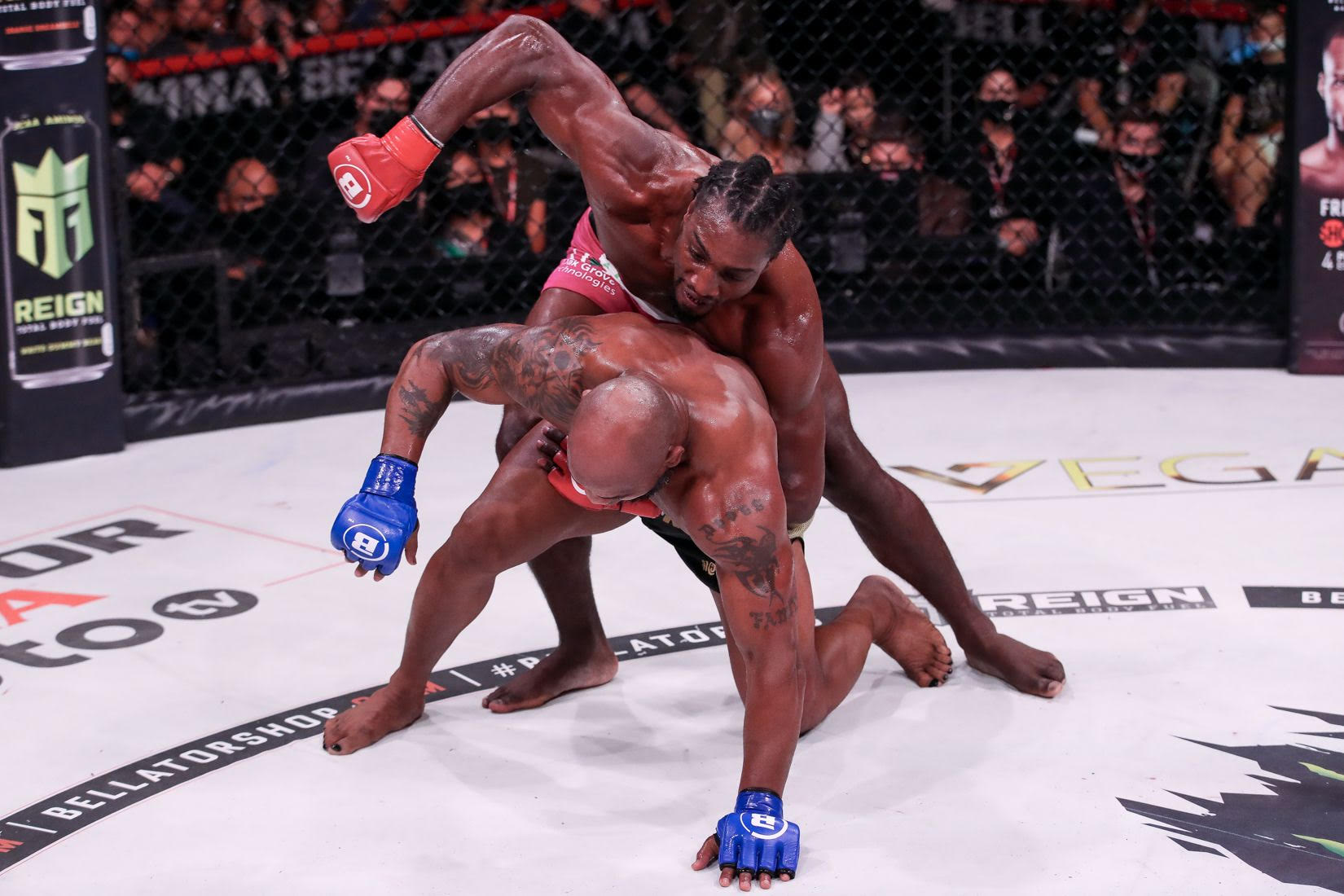 Bellator returned to the SAP Center in San Jose, California last night with a light-heavyweight clash between former Bellator Light-Heavyweight champion Phil 'Mr. Wonderful' Davis  and Yoel 'The Soldier of  God' Romero, who was making his Bellator debut.

Although the result was a split-decision (30-27, 28-29, 30-26), Davis clearly dominated in all aspects of the fight. Romero performed well, but Davis was one step ahead of him and surprisingly, even outwrestled the 2000 Olympic silver medalist.

It was a surprising to see Davis take Romero down with ease at times, but it was exchanges in the standup that seperated sealed the victory. Romero landed strikes, but was not able to land a clean strike that would force Davis to second guess himself.

"That was one of my takeaways from the Nemkov fight. I went to wrestling too late in the fight and we were both way too sweaty," said Davis when describing his thought process on when to use his wrestling. "He's very athletic and turns his hips. He'll get out of any bad shots, so I really had to make sure I got it good."

It will be interesting to see who Davis ends up fighting next, but he definitely make a case for himself that his name should be in the mix for a title shot once the Light Heavyweight Grand Prix concludes.