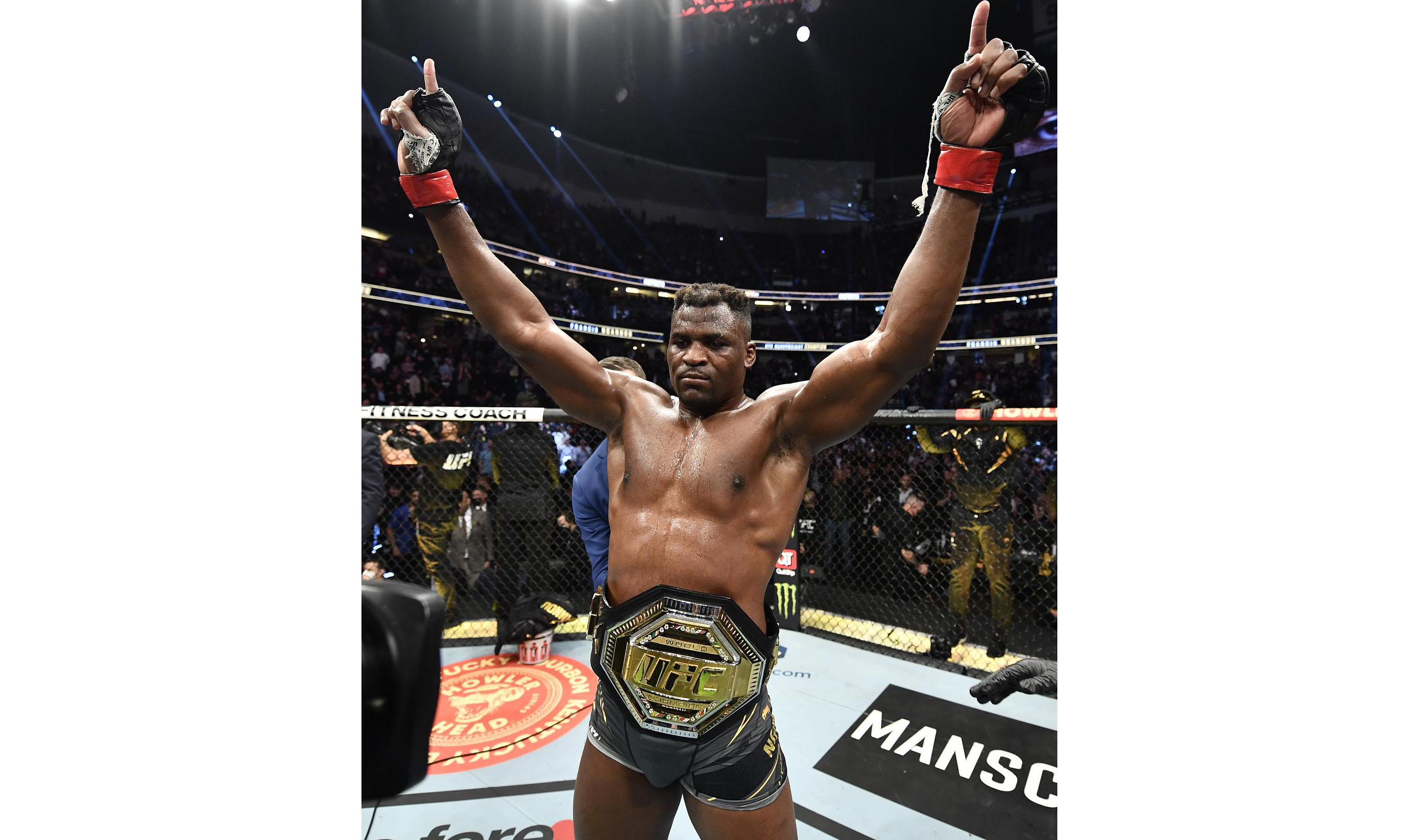 Francis Ngannou retained his heavyweight title in his first defense at the Honda Centre in Anaheim, California on Saturday night (January 22).

Despite the fact he has become one of the fiercest finishers in UFC heavyweight history, Ngannou came in as a slight underdog in the much-anticipated match with the interim champion and his former training partner Cyril Gane.

It was the first time two former teammates came into a fight with each of them holding UFC gold.

In the opening round. Gane displayed why he was the betting favourite, as he used his footwork and agility to avoid Ngannou’s power shots and land counters of his own, picking Ngannou apart from the mid-range.

Through two rounds, while both men had landed some significant strikes, Gane looked poised to earn the title of undisputed champion.

Sensing he wasn’t going to win a kickboxing match, Ngannou made an adjustment and took the fight to the mat in the third, using his size and strength advantage to control and tire Gane.

With the fight seemingly tied two rounds apiece going into the fifth and final round, Gane secured a takedown and went for a submission, but Ngannou was able to escape and regain top position, where he closed out the fight.

All three judges gave the fight to Ngannou, although it was close—two scored it 48-47, while the third had it 49-46.

It was only the second time Ngannou has gone the distance in a five-round fight, the first being his first time competing for UFC gold against former champion Stipe Miocic at UFC 220.

“I didn’t know for sure that it was going to be a grappling match, but I have that as an option,” Ngannou said during the post-fight press conference, during which he revealed he went into the fight with a torn MCL.

“The Predator” said, despite his injury, he was confident that he could still get the win, which is why he elected to go forward with the fight, rather than reschedule.

“I wasn’t very comfortable on my feet—I couldn’t move properly, but I was confident in my grappling skills, so we made the adjustment and focused on grappling and wrestling,” he said.

With the win, Ngannou’s contract situation gets a lot murkier—there was plenty of talk coming into his first title defense about a somewhat public feud he and UFC President Dana White were embroiled in, and some even speculated he was thinking too much of his finances and not focusing on his fight with Gane.

“I have been wondering about my future in the company for a long time, so nothing has changed,” Ngannou said. “It’s not simply money, obviously that’s a part of it, but it’s also the terms of the contract—I don’t think they’re fair and I don’t feel like I’ve been treated well,” he said.