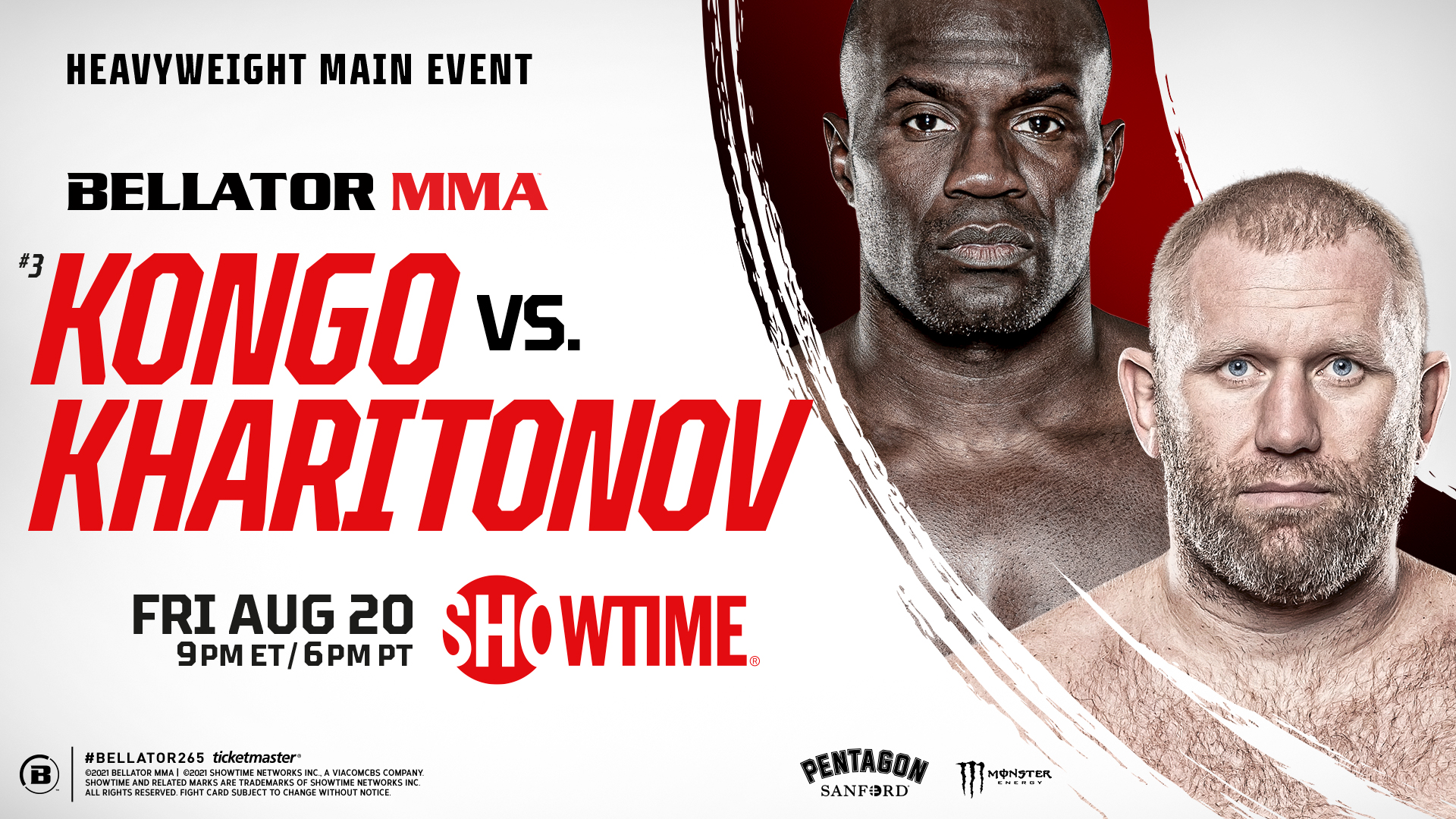 The heavyweights took centre stage at Bellator 265 as MMA veterans Cheick Kongo and Sergei Kharitonov battled it out in an entertaining main event.

It was a wild main event that saw Kharitonov as the more aggressive fighter in the opening round. He backed pushed the pace early on and forced Kongo use a lot of energy agianst the cage, which only worked for a brief amount of time before the combinations began to land.

Kharitonov connected with a strong jab that dropped Kongo and as the round progressed, he had been in full control and even stunned Kongo with a high-kick that grazed his eye, but the bell sounded to end the round before he could get the finish.

Kharitonov picked up where he left off early in the second round, which forced Kongo to shoot for takedowns and clinch against the cage in an attempt to catch a slight breather and perhaps even catch him off guard. The takedowns had been unsuccessful however, Kongo started to land knees to the body of Kharitonov that ended up slowing him down and followed that up with a big takedown.

The momentum completely shifted in Kongo's favour and he ended up applying a rear-nake choke on Kharitonov and submitted him in the final second of the round.

Bellator MMA returns on September 18 for Bellator 266, which will be headlined by a light-heavyweight bout between Phil Davis and the debuting Yoel Romero.