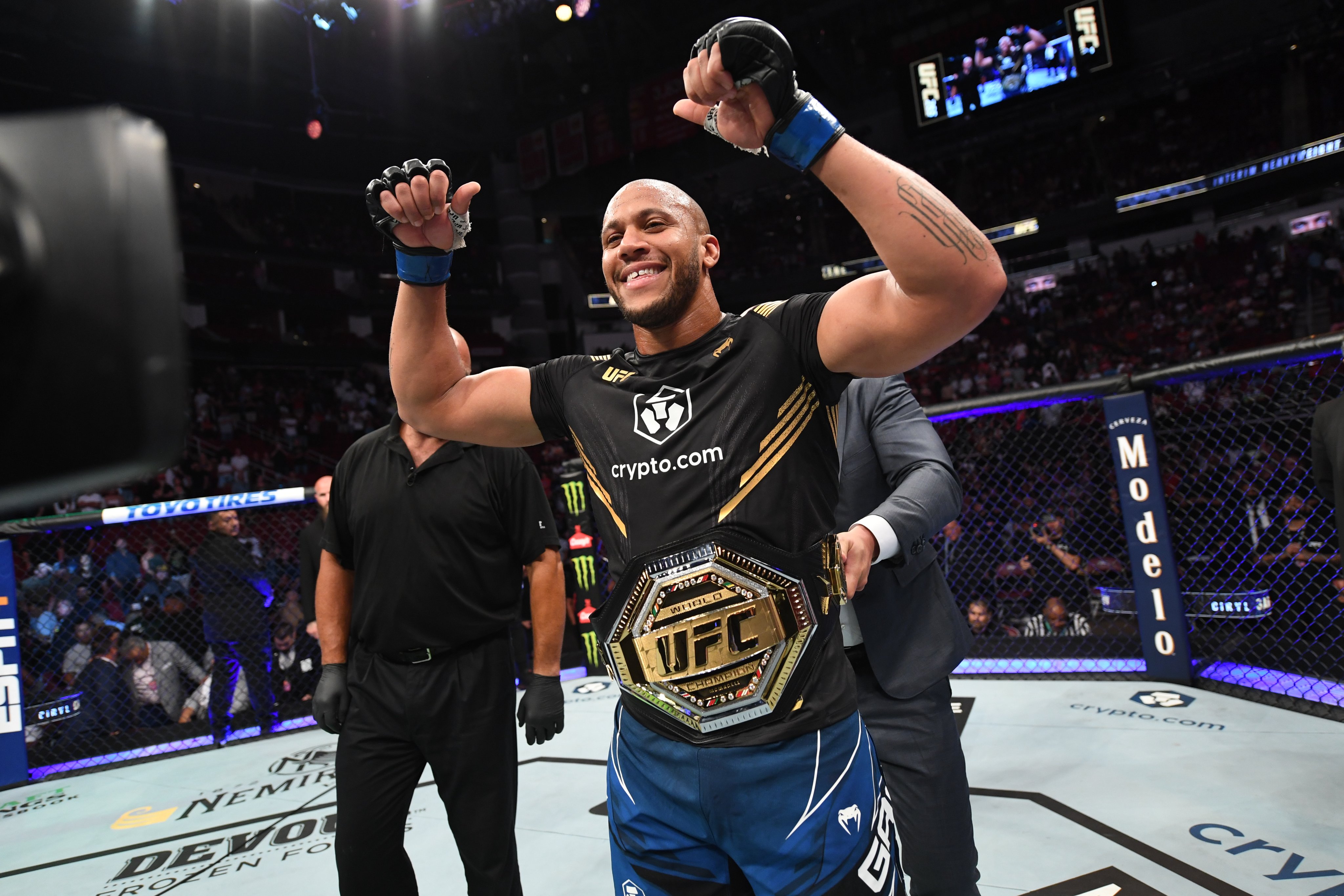 Just as quickly as it began, the Francis Ngannou era is now over… sort of.

Gane opened the first round targeting Lewis’ leg with kicks, a strategy that appeared to work, as the former heavyweight title challenger seemed completely uninterested in checking them.

In the second round, Lewis seemed content to let Gane control the pace—he mostly stayed in the mid-range and waited for an opening to try and land his big right hand and end the fight.

However, Gane did an excellent job of controlling the distance, and using his range to land strikes on Lewis and avoid his big counter shots.

In the third, Gane continued attacking Lewis’ lead leg, and he was able to use a vicious leg kick to set up a big right hand that hurt Lewis, and drove him back to the cage.

From there, “Bon Gamin” landed a nasty one-two combo that dropped Lewis and Dan Miragliotta was forced to call off the fight as the Frenchman rained ground-and-pound shots down on "The Black Beast," who was barely defending himself.

With the win, Gane becomes the first French-born champion in UFC history.

“This belt isn't just for me; it's for my coach, my gym, my country, and the fans back home,” Gane said in the post-fight press conference.

When asked when he hopes to fight Ngannou in a unification bout, Gane said he doesn’t expect it to happen anytime soon.

“I don’t know when that fight will happen. I've trained a lot over the last year and I have a baby on the way, so I want to rest for a bit and spend some time with my family,” he said. “Maybe towards the end of the year.”

Gane looked incredibly quick on his feet in the fight, and, while Lewis is a larger, more plodding heavyweight, Gane demonstrated a quickness and agility that few (if any) other fighters in the division possess.

However, while Gane is now a UFC champion—albeit interim—he’s aware he still has work to do. “Francis Ngannou is still the champ and I feel like if I want to prove I am the best I need to beat him,” he said.

Ngannou looked very good in his last fight with Stipe Miocic, but Gane’s speed and precision could present problems for “The Predator,” who has struggled with his cardio in fights that have lasted longer than one round.