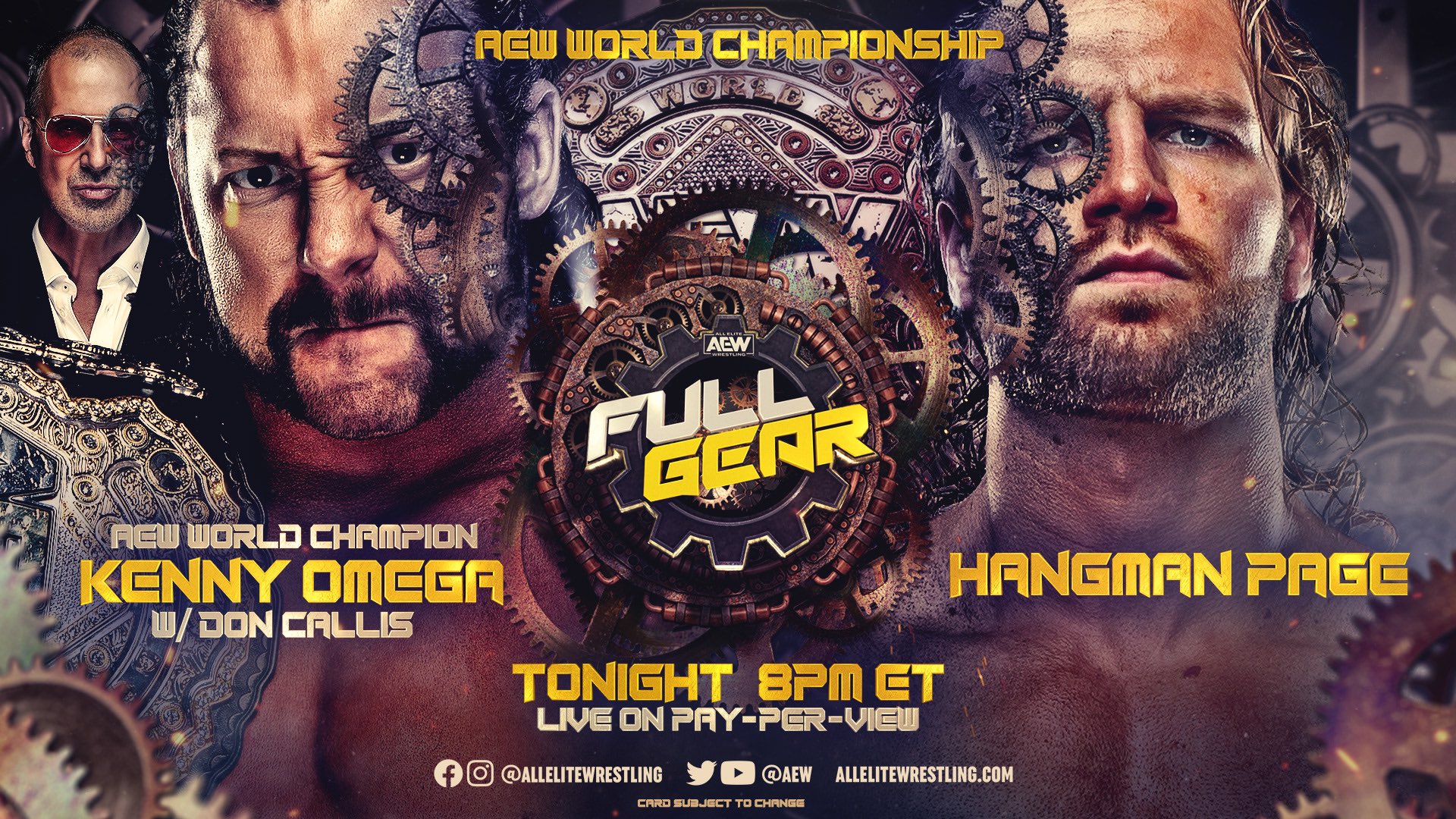 It's a big night for AEW as their annual Full Gear PPV is expected to be an entertaining night for wrestling fans with a stacked card that features AEW's young up-and-coming stars, legends, and the highly anticipated showdown between American Top Team vs The Inner Circle.

Although there are many exciting matchups, the main event is what stands out as AEW World champion Kenny Omega defends his title against Adam 'Hangman' Page.

'Hangman' has had become AEW's most popular babyface in the past year, however, many are wondering if now is the right time for AEW to give him an AEW World championship run or if they should hold off on that and continue getting fans invested in his title chase to make the moment more significant. 'Hangman' Page has received massive pops from the AEW faithful and has truly become an established star in the pro wrestling industry.

Omega vs 'Hangman' is expected to steal the show and what makes the match so appealing is that the outcome is unpredictable compared to Omega's other title matches and could really go either way. Omega has had a lengthy reign as AEW World champion and maybe tonight could be where he loses it. But, there are many more high-profile matches that can be made with Omega as the champion, which is why his reign should continue after tonight.

WIth all the buzz around Kazuchika Okada possibly appearing in AEW in the near future, the company may lean towards Omega retaining so that they can have the Omega vs Okada for the AEW World championship infront of a North American fanbase.

Even though Omega and Okada don't need the title to sell the match to fans, it would be hard to top that match on a PPV if the quality of their past matches in NJPW are any indicator.

On the other hand, 'Hangman' would still be in a prominent role if he takes the loss. Should 'Hangman' not become the new AEW World champion tonight, the most logical feud for him would be with Adam Cole.

Since arriving in AEW, Cole immediately joined his friends in The Elite, so it would make sense for the company to go in the direction of 'Hangman' taking on Cole with the Young Bucks involved as well. A 'Hangman' vs Adam Cole feud would keep both busy and still involved in a prominent feud, before eventually having 'Hangman' and Omega rekindle their rivalry.