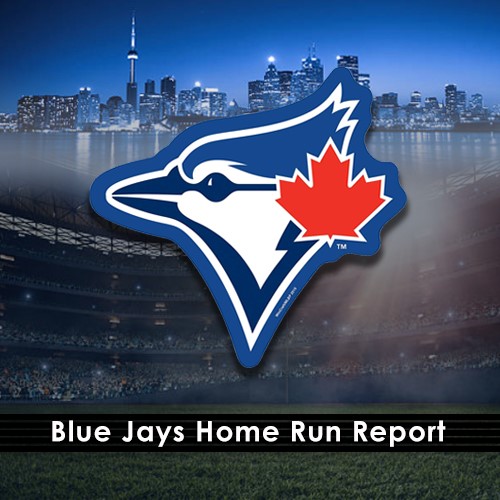 TORONTO – For Blue Jays fans, Tuesday night was a reality that was tough for many to swallow.

The Yankees were just one game out from clinching the AL East and with it, a bye straight to the American League Divisional Series where they will await one of the Wild Card winners.

Surely, any sane Jays fan knew that this series here at Rogers Centre was simply to give Toronto the best shot at home field advantage and to delay what was inevitable.

But last night’s 5-2 loss still stung as some 40,000+ fans in attendance were forced to suffer through celebrations from a New York Yankees team winning a division that was supposed to go through Toronto.

They’re celebrating our division. That was supposed to be ours.

But the simple truth is, it isn’t.

A season that was supposed to be a walk in the park for this Toronto Blue Jays team turned out to have far more speed bumps than anyone had anticipated. Yet here they are, atop the Wild Card standings with a chance to play a postseason game at home in front of a sold out Rogers Centre for the first time since 2016.

This team has an opportunity to do something special despite everything that has supposedly gone wrong because at the end of the day, what is more exciting than the prospect of meaningful baseball in September and October.

But meaningful baseball has next to no margin for error or sloppy play, and the Toronto Blue Jays delivered their fair share of sloppy baseball in their Tuesday night matchup with the Yankees.

Jose Berrios was on the bump looking to erase what was a messy outing in Tampa Bay just last week. But Berrios has been an anomaly this season. When he is on, his fastball is one of the best setup pitches in all of baseball with a nasty curveball to follow. When he’s not though - things can be pretty tough for him.

Last night was another tough night.

Berrios lasted 5 1/3 innings getting shelled for all five of the Yankee runs on the night while surrendering nine hits and sitting down seven. But the issues stretched far beyond another rough night for Berrios which have unfortunately, become quite a commonality.

In the bottom of the sixth inning down 5-1, Bo Bichette laced a double into the gap to add to his recent successes at the plate. Unfortunately for him upon sliding into second base, he briefly lost contact with the bag while standing up as Isiah Kiner-Falefa applied the tag to make the out. On the very next play, Vladimir Guerrero Jr. hammered one deep as he admired his work out of the batter’s box. The only issue? The ball was short of clearing the wall by about a foot with Vladdy now on the backfoot legging it for extra bases.

The ensuing effort was not enough as Vladdy was then thrown out at second. After the game Skipper John Shneider didn't hold back when asked about the sloppy mistakes. He stated Bichette must be “more attentive,” while Vladdy “needs to flat out run harder.

“We're at the point where every little thing matters, every 90 feet matters,” he added, “it should matter every day of the season, and that wasn't the best right there.”

The sentiment was echoed ingame with a small rant on the mic from legendary Blue jays voice, Buck Martinez.

“Tonight is just unacceptable,” the former player-turned broadcaster said. “It’s not just September, it’s everyday - hustling shouldn’t be an exception, it should just be the norm, and unfortunately, it’s not the norm nowadays.”

The silver lining on a night that many would like to quickly forget, was that magic number the Blue Jays are after to lock their spot in the postseason up. With the Baltimore Orioles loss to the Red Sox last night, that magic number now drops to two for the Jays who close out their three-game set with the Yankees tonight.

Mitch White will get the nod as first pitch flies just after 7PM.