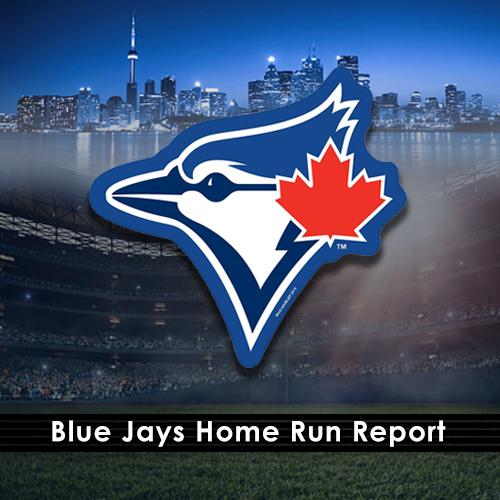 The Blue Jays did their job in their final game of the season, completing their first sweep of the year of the Baltimore Orioles on Sunday afternoon (October 4).

The Blue Jays, playing with a sense of urgency, got on the board first in the bottom of the first, as George Springer, their first batter of the game, went yard, giving Toronto a 1-0 lead.

The Blue Jays added two more in their half of the opening inning, jumping out to a 3-0 lead.

Toronto extended their lead in the bottom of the second, as Vladimir Guerrero Jr. hit a two-run shot to the opposite field.

In the top of the third, Tyler Nevin absolutely crushed a ball to centre field, trimming the Toronto lead to 5-1.

However, the Blue Jays got the run back and then some in their half of the inning, as George Springer came to the plate with the bases loaded and hit his second homer of the game, this one for a grand slam, extending the Toronto lead to 9-1.

The Blue Jays’ bats weren’t done, as both Guerrero Jr. and Bo Bichette scored on a single from Teoscar Hernandez in the bottom of the fourth.

The Orioles cut into the lead again in the top of the fifth, as Ryan Mountcastle grounded into what should have been an inning-ending double play. However, an errant throw from Marcus Semien allowed Mountcastle to reach base, and Richie Martin to score from second.

Once again, however, the Blue Jays got the run back in their half of the inning, as Semien made up for his fielding error with a solo shot, extending the lead to 12-2.

In the top of the seventh, the Orioles added another run as Austin Hays scored from third on a sacrifice fly from Pedro Severino.

The Orioles added a run in the bottom of the eighth, as Hays hit a single to right field which brought Cedric Mullins home from second.

In the top of the ninth, with an eight-run lead, Blue Jays Manager Charlie Montoyo sent Adam Cimber to the mound, and he produced a scoreless inning, as Toronto cruised to the 12-4 victory.

The Blue Jays offense played like they wanted to extend their season—they scored at least one run in each of the first five innings, and the Orioles pitchers only produced four scoreless innings.

Guerrero Jr.’s home run in the second was his 48th of the season, which tied him with Salvador Perez for the most in MLB, and it was the most home runs hit in a season in MLB history for a player 22-years-old or younger.

Semien’s home run in the fifth was his 45th of the season—he continues to rewrite the record for most home runs from a second baseman.

However, despite the win, it wasn’t enough for Toronto, as both the Red Sox and the Yankees won, meaning they’ll play in the AL wild-card game, while the season is over for the Blue Jays.

It was a disappointing finish for Toronto, as, considering they finished with the likely AL-Cy-Young-winning pitcher, the best season in baseball history from a second baseman, and a darkhorse candidate for AL MVP, they had no business missing the playoffs.

It will likely be the last season for Charlie Montoyo at the helm, as his questionable decisions, mostly in relation to pitchers coming out of the bullpen, cost the Blue Jays multiple games, and it would have taken only one more win to extend the season.

Additionally, while 91 wins is an impressive finish for the Blue Jays, it’s unclear whether they’ll be able to repeat that production next season, as some key pieces of this season’s roster, including Robby Ray, Semien, and Steven Matz, are all free agents and could be playing elsewhere next year.