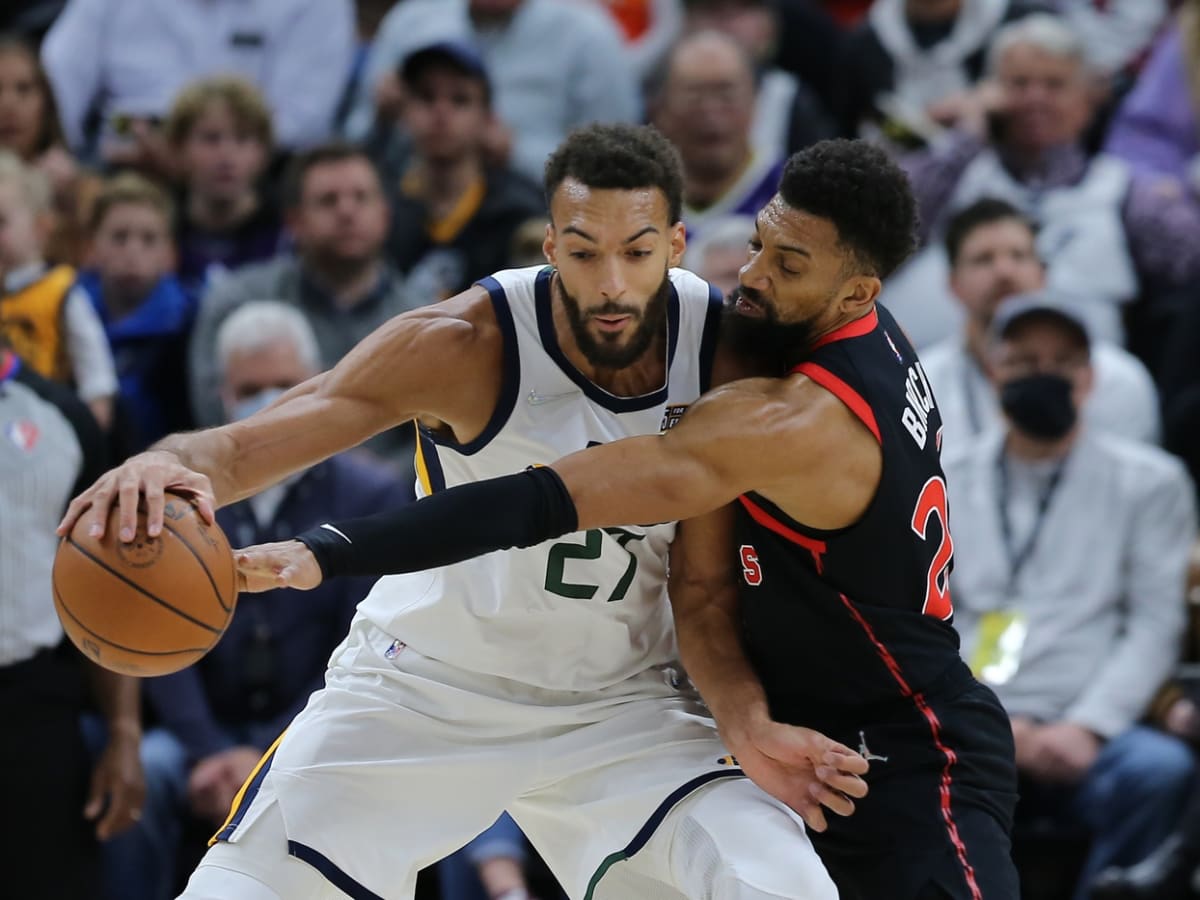 A move that changes a lot, but does it push the Raptors to the next level?

It’s officially NBA offseason time for the Toronto Raptors and the rest of the 21 NBA teams that aren’t in the postseason. The Raptors first-round exit has certainly left a lot of questions as to how Masai Ujiri, Bobby Webster, and the rest of the front office can improve upon a season that had already smashed expectations.

Usually around this time of the year if you’re one of the teams on the outside looking into the playoffs, you’re getting ready for the NBA draft. Rumours also run rampant around NBA circles this time of year as well.

One of the more popular rumours going around the NBA rumour mill has been a potential Rudy Gobert trade to the Toronto Raptors. Given the lack of postseason success in recent years for the Utah Jazz, the star duo of Gobert and Donovan Mitchell have been linked to trade rumours for months.

Gobert certainly proposes an interesting addition to the Raptors roster. Toronto has lacked a true big man since the departures of Serge Ibaka and Marc Gasol, and Ujiri did state that the front office would take a look into potentially acquiring a big man this offseason.

He’s a three-time defensive player of the year winner for his clear impact in the paint as the league’s premier defender under the basket. Gobert is always among the league leaders in rebounding, blocks, and defensive metrics. He would certainly change the Raptors in more ways that one should Toronto acquire him.

Why it could make sense

Trading for Gobert would instantly change the defensive scheme for Toronto. Gobert has been the entire defensive backbone, frontline, and entire defensive game plan for the Jazz. Utah hasn’t had the greatest perimeter defenders on their roster the last couple years, which has created this “funnel the opposing offence to Gobert in the paint” defence. It proved effective in the regular season, however teams have countered in the postseason utilising five-out offences that would bring Gobert out of the painted area.

If Gobert arrives in Toronto, he would be put into a roster with the best perimeter defence he’s ever played with. A combination of whoever’s left between Anunoby, Trent Jr. VanVleet, Siakam, along with Barnes is a strong perimeter defence that wouldn’t have to rely on Gobert to clean up defensive mistakes. At the same time, the Raptors would likely change their defensive scheme to accommodate Gobert’s lack of mobility and switchability, so expect a mix of still funnelling opposing offences into the paint, while also maintaining a lot of the defensive identity that has made the Raptor defence successful this season.

It’s quite likely that the Raptors would go from a good defensive team, to one of the best in the league with Gobert manning the paint, and it’s something worth contemplating for the Raptor front office.

Adding Gobert might be an awkward fit for the offence

Offensively is where the biggest questions lie for Gobert. How would the 7-foot-1 big man fit into the Raptor offence when he’s not the most skilled player operating out of the post? He's notoriously turnover-prone on the catch after a pass, and he can only really get most of his points off putbacks and lob finishes.

It becomes even more complex to consider how he fits in should the Raptors have to part ways with shooters like Anunoby, Trent Jr. or VanVleet, who are crucial floor spacers that are necessary to create space for guys like Barnes and Siakam to attack the paint. Gobert isn’t a floor spacer in any way, shape or form, and his presence in the paint on offence would also clog the painted area for his teammates.

Gobert certainly isn’t a complete zero on offence, as he is among the league leaders every year in field-goal percentage, and he has been hovering around the 15-points a night range for several years now. He’s also one of the best screeners in the league. It’s likely that the Jazz just haven’t found the right way to maximise his offensive potential, or this is the full extent of Gobert’s ability as a player on offence; a screen-and-roll big man that's a lob threat and offensive rebounding threat.

The contractual commitment is something to consider, given that Gobert will be turning 30 before the start of next season. He’s slated to be under contract for the next two seasons after 2022-23, with a player option for the 2025-26 season. Injuries are certainly a concern for a player of Gobert’s size, along with his age.

The Raptor front office and ownership are certainly not afraid to dip into the luxury tax if they deem it necessary to, and that’s the bottom line that would determine just how relevant a Gobert trade would be to the Raptors.

Does this move thread the needle for the Raptors to go from first-round playoff team to Eastern Conference finals threats, or even NBA Finals contenders? It’s also against the track record of Ujiri’s front office to so quickly change up the roster with this core trending upwards, having yet to fulfil their potential. It took several seasons for the Raptors to break up the Kyle Lowry-DeMar DeRozan-Dwayne Casey led teams, and that was only done after it was made evidently clear that specific roster couldn’t get the job done.

The Raptors while being successful beyond their wildest dreams this season are still in a developmental phase in building their team.

While patience isn’t the most sexy way to build a contender, and fans will always claim that there’s a move to be made that can improve a team, sometimes making a move for the sake of making a move can prove to be just a lateral move, or could even set back your franchise many years, ask the pre-Sean Marks Brooklyn Nets about that.

A Gobert trade is certainly interesting from the perspective of the Raptors, but it’s quite likely that a move of this proportions just isn’t in the cards for the Raptors right now.