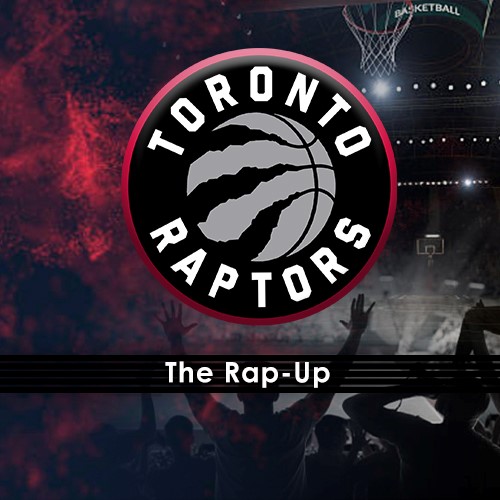 A late 28-7 Raptors run in the fourth erased a 24-point deficit, before falling to the Bucks in overtime.

TORONTO - Kicking off a season-long six-game homestand on Wednesday was a perfect opportunity for the Raptors to snap themselves out of a funk they’ve been in of late.

Giannis Antetokounpo came into this one on the heels of three straight 40-point-plus double-doubles becoming the first player over a five-game span to collect at least 200 points, 80 rebounds, and 30 assists since the great Kareem Abdul-Jabbar back in 1972.

And last night was much the same.

The Greek Freak finished the night with a 21-point triple-double, and despite an improbable 28-7 run last in the fourth, led the Bucks to the 104-101 overtime victory at Scotiabank Arena.

It was a slow start for the Raptors as they started this one 0-for-15 from the field, registering their first point only halfway through the first quarter.

“It’s worse playing it than watching it,” Fred VanVleet said of the Raptors' frigid start. “… Just the energy and the mojo and the air in the building was weird. It was a weird game, especially to start off like that. And they weren’t much better. What was it, 12-13 after the first quarter? We just kept fighting. It was 39-38 at half. We were in a dogfight and I was proud of the way we competed at the end. We’ve got to hang our hats on that, never giving up, digging in and playing together.”

VanVleet finished with 28 points and 12 assists (on 8-of-23 shooting and 4-of-14 from three) while Trent Jr. added 22 points and Barnes finished with 19 on the night - all of which coming in the fourth quarter.

Despite the late production from Barnes, the reigning rookie of the year only attempted three shots in the first three quarters combined.

“We need him to be more aggressive from start to finish,” said head coach Nick Nurse of the second-year forward.

The loss drops the Raptors to 16-22 on the season as they remain 12th in the Eastern Conference. They’ll remain here in the city as they welcome Canadian R.J. Barrett and the New York Knicks to Scotiabank Arena on Friday night with tip-off at 7:30 PM.