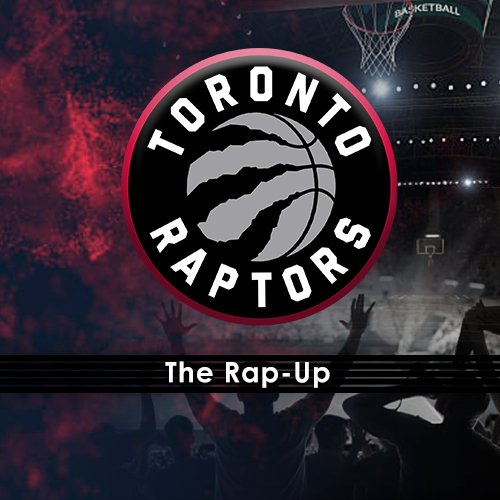 Despite the Toronto Raptors being down 3-1, it seemed like all the pressure in the world was on the Philadelphia 76ers. Coming back from 3-0 has never been done before in the 184 previous instances, but 3-1? That’s been done before as Raptors Head Coach Nick Nurse said prior to game four.

Having a 3-1 lead is nothing new for Sixers Head Coach Doc Rivers, and the pressure of both being the head coach that’s blown the most 3-1 leads in NBA playoff history, and potentially blowing the first-ever 3-0 lead in NBA history might’ve gotten to the heads of Philadelphia.

The Raptors came into a hostile Wells Fargo Center and played a complete game. Defensively, the team was engaged and active, as rotations were near-perfect, the passing lanes were closed, and they made life on the court horrible for Joel Embiid. The Sixers led once, 2-0 in the first quarter, as the Raptors routed Philadelphia 103-88 in a largely wire-to-wire win.

Tyrese Maxey has had a breakout series up until game five, as the Raptors have designated OG Anunoby as Maxey’s primary defender. Maxey finished the game with 12 points on 5-for-14 shooting from the floor. The defensive adjustment made Maxey’s drives to the lane and floaters a non-factor, as Anunoby’s ability to keep in front of Maxey completely shut down the 21-year old’s impact on the game.

Joel Embiid was once again held to a pedestrian game (by his standards), as he finished with 20 points, 11 rebounds, and four assists on the night. The Raptors continued their timely and erratic double teams on the Cameroonian, which has limited the effectiveness of the MVP finalist. They also attacked Embiid on the defensive end, as the likes of Pascal Siakam, Precious Achiuwa, and Scottie Barnes all took turns going straight at Embiid.

Siakam and Achiuwa in particular finished back to back possessions blowing right by a visibly exhausted Embiid who was also dealing with foul trouble. Embiid finished with five fouls on the night.

Siakam followed up his masterclass game four performance with another strong outing, finishing with 23 points, 10 rebounds and seven assists. Nothing was forced, as Siakam continued to play patient and disciplined basketball. He attacked the gaps and mismatches in the most opportune moments, and he kept the Raptors afloat during a third-quarter drought that could’ve proved fatal. He scored nine of his 23 in the third.

Precious Achiuwa provided a huge boost off the bench, as he netted 17 points to go along with seven rebounds and three blocks. Achiuwa got the better of Embiid on multiple possessions throughout the game, and his play on both ends energized the Raptors in moments where the team seemed to be leaking oil.

OG Anunoby punctuated the Raptors win with a one-handed slam that had the 76er fans headed for the exits. Anunoby finished with 16 points, five rebounds, and four assists on the night. His impact on the defensive end, and as a point-of-attack ball handler was crucial for the Raptors, as he was routinely in three places at once on defence, while also being a primary ball handler that continuously broke down the Sixer defence as he found the open man.

The Raptors held Philadelphia to 35% shooting in the first half, the Sixers finished the game on 38% shooting from the field. Both teams shot poorly from three, as the Raptors and Sixers shot 26% and 27% from deep respectively.

Toronto’s emphasis on attacking the paint proved effective, as they outscored Philadelphia 56-36 in the paint.

The Raptors will look to become the fourth team in NBA history to force a game seven after going down 3-0, as they take on the 76ers at Scotiabank Arena. Tip-off begins at 7pm EST on Thursday.