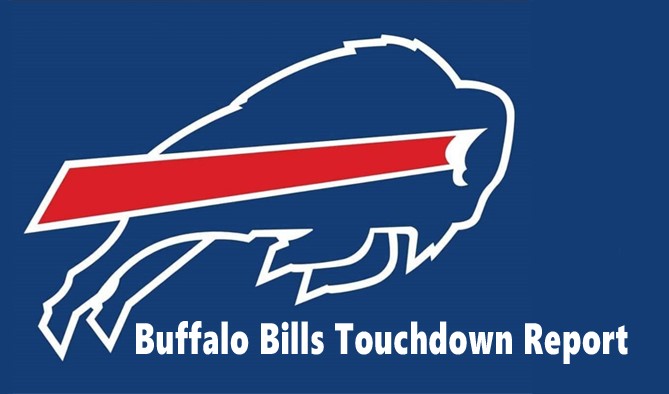 KANSAS CITY – Tony Romo has been known to be quite the psychic at times.

The ex-quarterback turned broadcaster was widely given credit for predicting the 2020/21 Super Bowl matchup between the Buccaneers and Chiefs during their regular season matchup months earlier.

So, why is this relevant?

Well the former Dallas Cowboy was lucky enough to be on-duty for the season’s highly anticipated matchup between the Bills and Chiefs during Week 6 of the NFL regular season. Not only that, but the witty colour commentator was able to predict the final score of this heavyweight tilt just minutes into the first quarter.

Expectations were high for a rematch of last year’s divisional matchup round which saw the Chiefs secure the overtime victory in what is already widely regarded as one of, if not the greatest playoff game of all time.

But an offensive shootout like last year’s playoff matchup wasn’t exactly what fans were treated to on Sunday afternoon.

Both offences led by two of the league’s elite quarterbacks in Josh Allen and Patrick Mahomes came out spotty relative to the high standard set with Allen fumbling the ball on the Bills opening drive in the red zone, while Mahomes then threw an interception in the red zone on the ensuing drive.

Kansas City was able to get on the board on their opening drive of the second quarter though, finding former Steeler JuJu Smith-Schuster for his first touchdown as a Chief.

The Bills, desperately looking for an answer down 10-3 with just minutes to go before the half, were able to find the endzone with Allen connecting with a familiar face in Gabe Davis for the 34-yard score. But a little past trauma came up to haunt the bills prior to the break.

If living with the memory of the dreaded 13 seconds that cost them a trip to the AFC Championship game last year wasn’t enough, the Chiefs once again were able to march downfield in the final seconds of the half to grab themselves a field goal for a three-point lead.

The second half was much of the same as the Chiefs opened up the third quarter with a nine-play drive that culminated into a Harrison Butker missed field goal. The Bills answered with a Stefon Diggs touchdown before the Chiefs punched in another six points of their own on the following drive.

Things got tense in the fourth quarter though as the Bills took the 24-20 lead with a Dawson Knox touchdown in the final minutes of the game. KC had one final drive to even the odds before Mahomes iced the game himself, surrendering an interception to Taron Johnson.

Just as Romo predicted, this one would end as a 24-2- victory for the AFC’s number one seed; the Buffalo Bills.

The Bills now hold the league’s second best record at 5-1 as they enter their bye week.