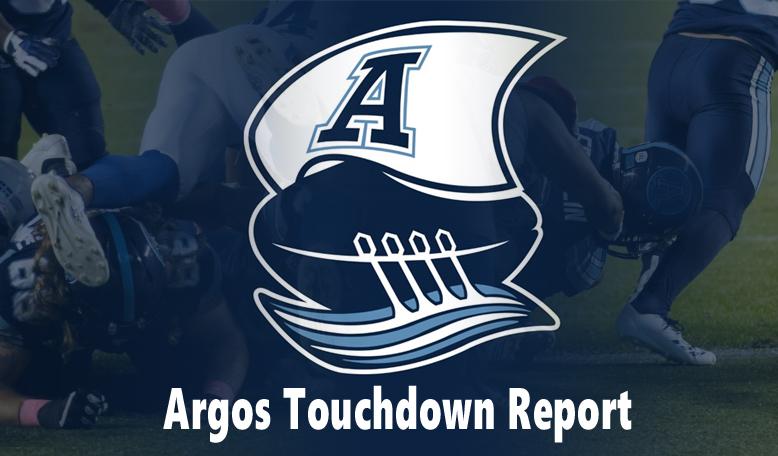 The Toronto Argonauts denied destiny for the Winnipeg Blue Bombers, defeating them 24-23 at Mosaic Stadium in Saskatchewan, ending their championship reign at two.

Winnipeg failed to pull off the three-peat which would have been only the sixth time in CFL history. The win for Toronto is the 18th in franchise’s history, the most in the CFL.

Toronto trailed the game 23-14 to start the fourth quarter.

Janarion Grant took a punt return for the Blue Bombers 102 yards for the score to begin the final 15 minutes.

Quarterback McLeod Bethel-Thompson went down late with a hand injury for the Argonauts and backup Chad Kelly was forced to enter the game.

Kelly led the Argos down the field before A.J. Ouellette capped off the drive with his second rushing touchdown of the game and gave the Argos the lead 24-23 with less than four minutes remaining,

Toronto marched their way down the field again after an interception from Zach Collaros, picked off by Henoc Muamba within the final three and a half minutes of the game. The Argos had plenty of opportunities for interceptions prior to this dropping several. They made it count when it mattered most.

Off the interception, Toronto marched back down the field and set up their field goal attempting to extend the lead to four. Nick Hallett was able to block Boris Bede’s attempt to keep the game at one.

In a thrilling sequence that saw Robbie Smith sack Collaros setting up 3rd and 13 for the Bombers, it was called back, and the drive was extended as Smith was called for a face mask penalty.

Marc Liegghio set up to attempt a 47-yard attempt to win the game or tie it if the Argos were unable to bring the ball out of their endzone, but Toronto blocked the field goal to halt the run.

Kelly returned to the field for a pair of kneel downs and the Argonauts ended the Blue Bombers run 24-23.

Muamba was named both the Most Outstanding Canadian and Most Outstanding Player for the Argos. He is just the second Canadian to win both awards at a Grey Cup, he joins teammate Andrew Harris, who won both while playing for the Blue Bombers in 2019. Muamba is also the third defensive player to win Grey Cup MVP.

Maple Leafs score three in the second, comeback 3-2 against Canucks