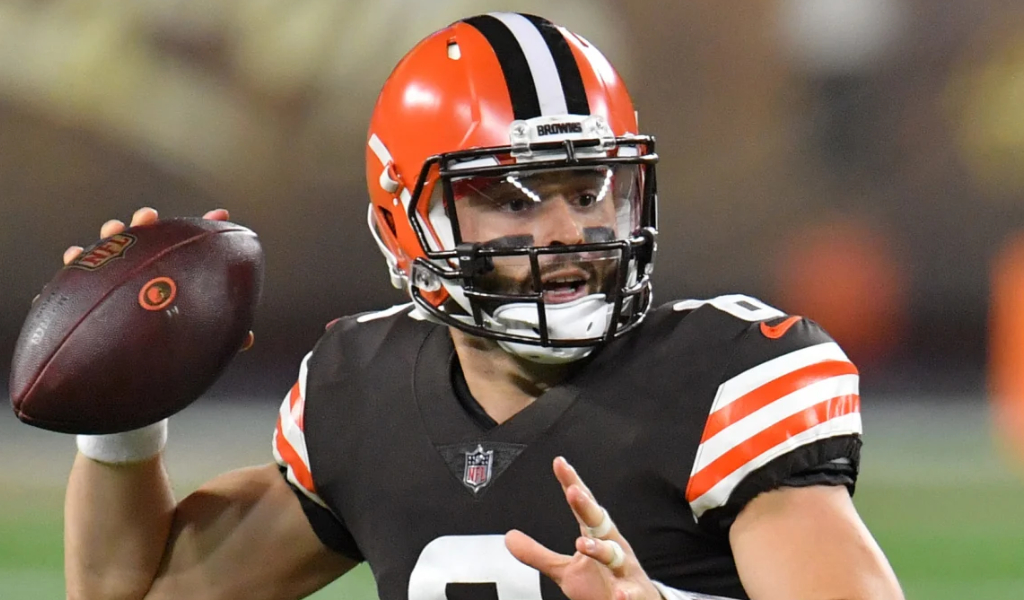 After months of speculation and a million mock trades with various teams, Baker Mayfield has been traded from the Browns to the Carolina Panthers.

Carolina is sending a conditional 5th round selection to acquire the former number one overall pick. To facilitate the trade Mayfield is taking a $3.5 million paycut and the Browns will pay $10.5 million.

Mayfield joins a QB room that includes Sam Darnold, P.J. Walker, and rookie Matt Corral. With offensive weapons that include Christian McCaffrey, DJ Moore, Robby Anderson, and Chuba Hubbard, this was likely Mayfield's best chance at having a successful 2022 year that could lead to a big contract next offseason.

This leaves the Browns with Deshaun Watson, who's still awaiting a disciplinary decision, and Jacoby Brissett as their top two options.