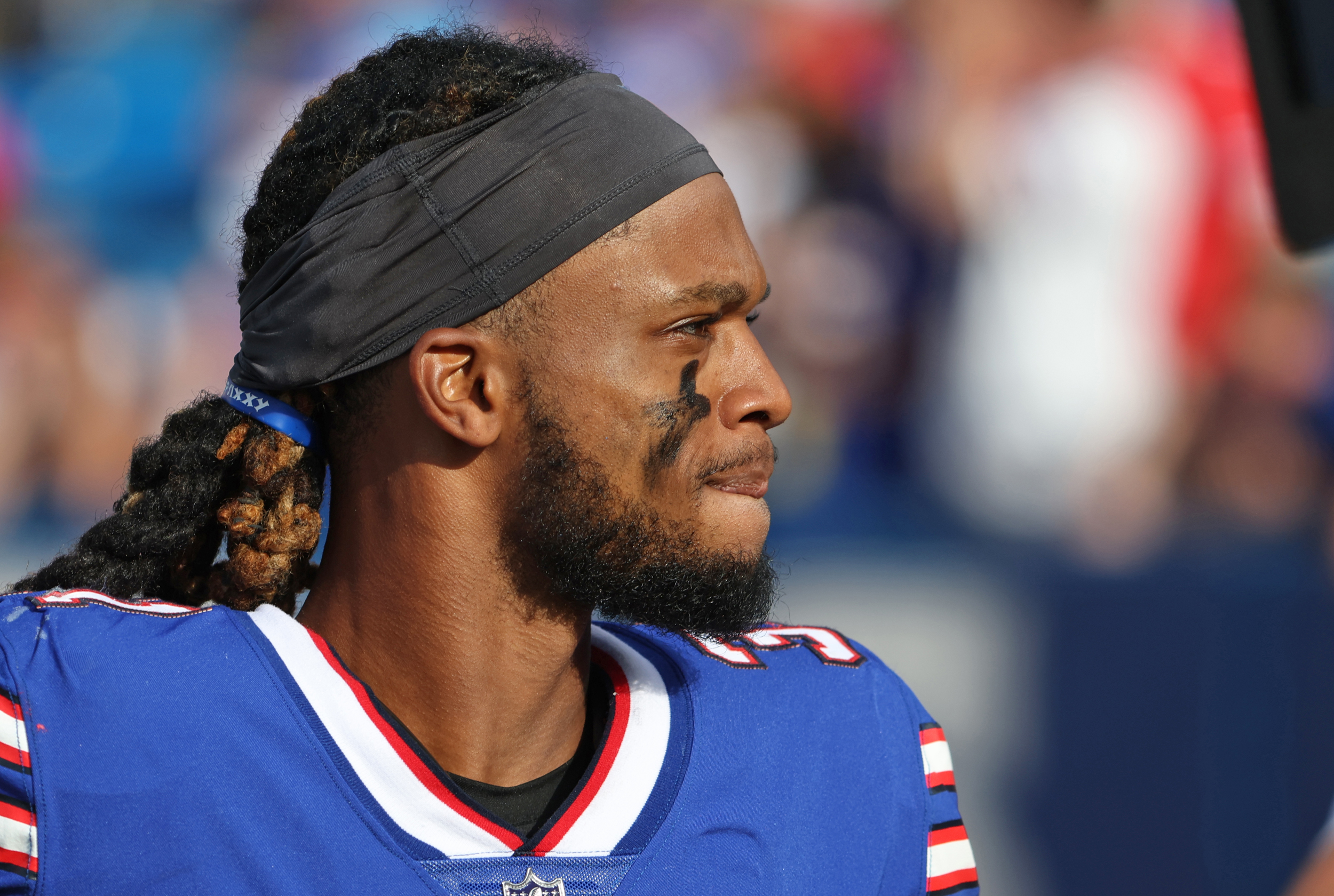 Buffalo Bills' safety Damar Hamlin has reportedly made large strides in his recovery, but remains in the ICU under critical watch following a bout of cardiac arrest during Monday night's matchup with Cincinnati

CINCINNATI - Just three days after he collapsed and needed CPR during Buffalo’s Monday night matchup with the Bengals, Bills’ safety Damar Hamlin has reportedly shown signs of “remarkable improvement” with the medical team overseeing him stating his neurological condition and function appear to be intact.

The Buffalo Bills social media accounts shared a statement on Thursday morning stating he had regained consciousness and is steadily improving adding that he was able to communicate through a pen and paper asking the result of the Monday night game.

Despite the news, Hamlin remains in critical condition and is still unable to breathe on his own. His medical team stated the next steps are assessing the damage to his lungs during his period of cardiac arrest.

In a press conference today, head coach Sean McDermott and quarterback Josh Allen addressed Hamlin’s status and their decisions regarding the game.

Allen opened the discussion giving praise to his head coach as well as the medical staff for their ability to respond to the time-sensitive situation.

"He was the perfect man in that situation to handle that type of situation," Allen said of McDermott. "I can't say enough about what he did, what he said to us in the locker room. Obviously, just a dire circumstance that nobody is expecting, nobody is ready for. You can never put yourself in that situation until it happens.

"I want to thank our training staff for going out there ... they saved his life. Being on that field -- you lose sleep. You hurt for your brother. A lot of shared grief. But getting positive updates eases so much of that pain and that tension that you feel. But Coach handled it as perfect as anybody could."

Despite the traumatic situation the Buffalo Bills have endured, they’re now faced with what seems a Herculean task of preparing for their final game of the season Sunday against the New England Patriots. Allen was asked how his team is going to be able to prepare.

"A little difficult to answer that question," he said. "I think for every person it's going to be a little different. I think putting the helmet back on today was a really good thing for our team and just to kind of go through that process. But I’d be lying to you if I didn’t say some people are going to be changed forever after being on the field and witnessing that and feeling those emotions."

The NFL officially made a statement today that they do not intend to make up the AFC matchup and are still working out details on how the cancellation of the game will affect the AFC playoff seeding.

The Bills face their AFC East rivals with kickoff at Orchard Park going Sunday at 1PM.