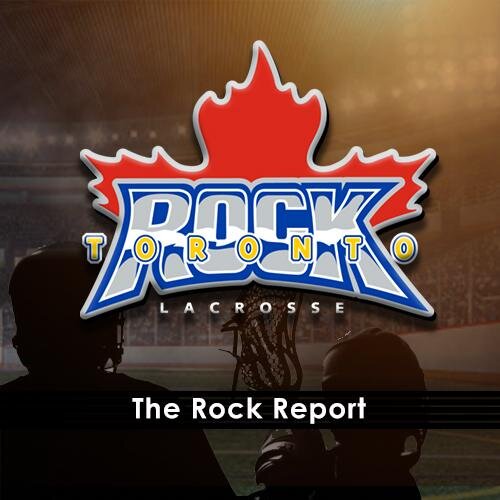 The Toronto Rock (8-5) saw their offence sputter in a 10-6 loss to the Georgia Swarm (8-6) on Saturday night at FirstOntario Centre in Hamilton, ON.  The loss was just the Rock’s second at home this season in seven games.  The crowd of 8,841 was the Rock’s largest of the season.

“We faced a team that was much hungrier with a little bit of desperation in their play,” said Rock Head Coach Matt Sawyer.  “They won all the little battles out there, owned the loose balls and the second effort plays.  Georgia was much better than us tonight.”

The Rock found themselves in a 2-0 hole in the opening five minutes and didn’t get on the board until Tom Schreiber scored a power play goal with 3:21 left in the quarter.  However, just when it seemed like the Rock might be able to seize the momentum, the Swarm answered with two goals before the end of the quarter to lead 4-1.

Zach Manns scored his first of the night to draw the Rock to within a pair midway through the second quarter.  But once again, the Swarm answered with a goal, this time on the man-up as Brendan Bomberry scored his third of the half.  Georgia led 5-2 at the break.

The third quarter was the Rock’s best.  Manns scored twice more to run his total to three and the Rock were back to within one, down 5-4.  The energy in the building had also helped to swing the momentum in the Rock’s favour as the fans were loud and engaged.  The Swarm got a goal to cool things down a bit, but Schreiber scored his second to make the score 6-5 through three quarters.

Georgia stretched their lead to 7-5 just over three minutes into the fourth, but exactly one minute later Brad Kri scored for the Rock and made it a one-goal game once again, 7-6.  The Swarm continued to have the answer all night as former Rock forward Stephan Leblanc scored a timely marker to restore the visitor’s two-goal edge.  The Swarm added a pair of empty net goals late in the game to seal the victory.

Prior to the game, the Rock honoured Dan Dawson as he played in his NLL record 307th career game, surpassing NLL Hall of Famer John Tavares.  Dawson also picked up one assist in the contest to tie Tavares for the league’s all-time assist record at 934.

“All games are special, you get to play a game you love and I’m very blessed to get to play this game for a long time,” said Dawson.  “This game’s been very good to me.  Over 20 years, you build these unbelievable relationships, and you get to meet so many wonderful people.”

After allowing four goals in the opening quarter, Nick Rose provided solid goaltending that allowed the Rock to hang around in this one and gave them a shot at a comeback.  Rose’s 35 saves pushed him past the 5,000 career saves mark, making him just the ninth goalie in NLL history to reach the milestone.

Rob Hellyer picked up two assists and hit the 600-point mark for his NLL career.

The Rock’s next game will be away from home against these same Georgia Swarm on Friday night.  The very next night, the Rock will be back home against the West Division leading San Diego Seals on Saturday at 7pm at FirstOntario Centre.