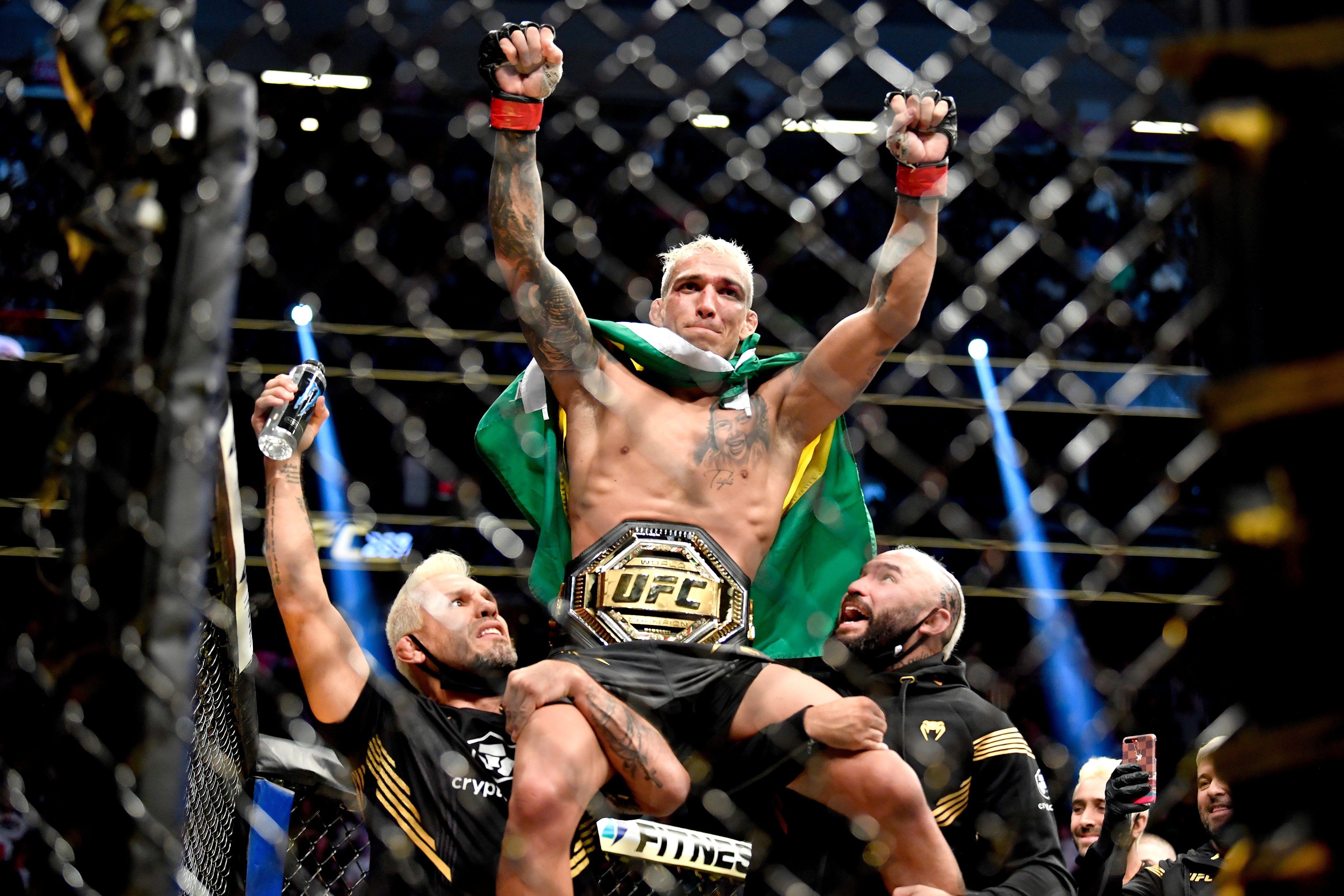 Charles Oliviera made his first defense of his UFC lightweight championship, and in doing so, became the true champion on Saturday (December 11) at UFC 269 at the T-Mobile Arena in Las Vegas.

Oliviera was taking on Dustin “The Diamond” Poirier in what was considered by many to be the real UFC lightweight championship.

This past summer, Poirier had been offered the chance at UFC gold, but he elected to take the money and a trilogy bout with Conor McGregor instead.

Rather than put the division on hold, Dana White put together a title fight between Oliviera and former Bellator champ Michael Chandler.

Oliviera shocked many by knocking Chandler out in the second round after barely surviving the first to claim the lightweight belt.

However, many felt, considering it didn’t include Poirier, Oliviera was more of an interim champ, than the undisputed champ.

On Saturday, Oliviera silenced all the doubters, finishing Poirier with a rear-naked choke.

The first round was a back-and-forth slugfest, as both men landed some good shots, but Poirier’s striking looked superior to the Brazilian’s, as he dropped Oliviera with a right hook.

Oliviera, however, started to take control in the second round, taking Poirier down and landing some vicious ground-and-pound shots.

Then, in round three, Oliviera immediately got Poirier’s back and locked in a choke, forcing The Diamond to tap.

“I said coming into this I was going to have my arm raised, and that’s what happened,” Oliviera said during the post-fight press conference.

Having missed out on his second chance at becoming the undisputed champion, Poirier was visibly emotional after the fight. “I’m heartbroken,” he said. “Nothing I’ve done has been in vain—I've learned a lot about myself through these moments, but it still sucks man.”

After the fight, Justin Gaethje congratulated Oliviera, and many expect “The Highlight” will be the next to challenge Oliviera for the lightweight belt after his unanimous decision win over Chandler at UFC 268.