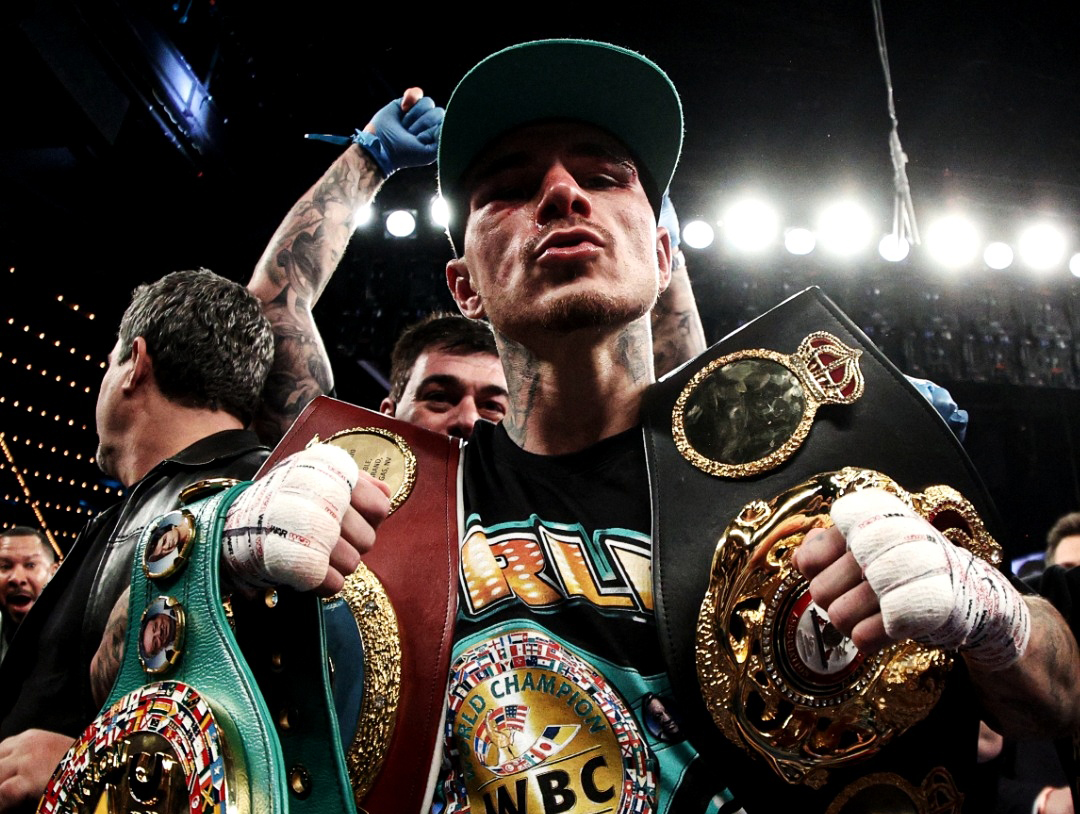 George Kambosos Jr. shocked the world on Saturday night (November 27), in front of a raucous crowd at Madison Square Garden.

The fight between Kambosos Jr. and Teofimo Lopez Jr., which was delayed nine months, finally happened, and it did not go the way people expected.

Kambosos Jr. came into the fight as a 13-1 underdog, making his upset victory the biggest in boxing since Andy Ruiz upset Anthony Joshua in 2019 (which also took place at the Garden).

From the beginning, Kambosos Jr. showed he wasn’t going to be intimidated by Lopez Jr., as he came out and put the Brooklyn native down in the very first round with an overhand right.

While he wasn’t significantly hurt, Lopez Jr. appeared confused by Kambosos Jr. through the first few rounds of the fight, as he struggled to initiate his offence for fear of the Australian’s counter punches.

However, as the fight wore on, Lopez Jr. started to get more comfortable, and he began to put the pressure on in the ninth round, before dropping and visibly hurting Kambosos Jr. in the tenth round.

Lopez Jr. has been known to close fights well, but after hurting Kambosos Jr., he was unable to put him away, and the Australian came back with a vengeance in the championship rounds en route to the split-decision victory.

Lopez Jr. disagreed with the decision, claiming he was robbed and that the judges made the wrong decision.

Regardless of whether he felt he should have won the fight, Kambosos Jr. left with all three belts as the WBA, IBF, and WBO lightweight champion, and he made sure to let Lopez Jr. know it.

“You’re a bit delusional, brother. Listen, I got the belts, I won the fight. Take it like a champ and move on—we can do it again in Australia,” he said in response to Lopez Jr.

Lopez Jr. wasn’t done any favours by his coach—who also happens to be his father, Teofimo Lopez Sr.—as he frequently received contradictory instructions from his corner in between rounds.

While many title fights include a rematch clause should the incumbent champion lose, this was not one such example, and Kambosos Jr. is under no obligation to fight Lopez Jr. a second time.

Moreover, when Kambosos Jr. suggested a rematch in Australia, Lopez Jr. didn’t seem interested, suggesting he planned to take some time off and be with his family.

After the fight, Lopez Sr. said his son will not fight Kambosos Jr. again, and instead will be moving up to light-welterweight to take on Josh Taylor.

Kambosos Jr., on the other hand, said before the fight, if he wins, he intends to challenge Devin Haney for the chance to unify the division.