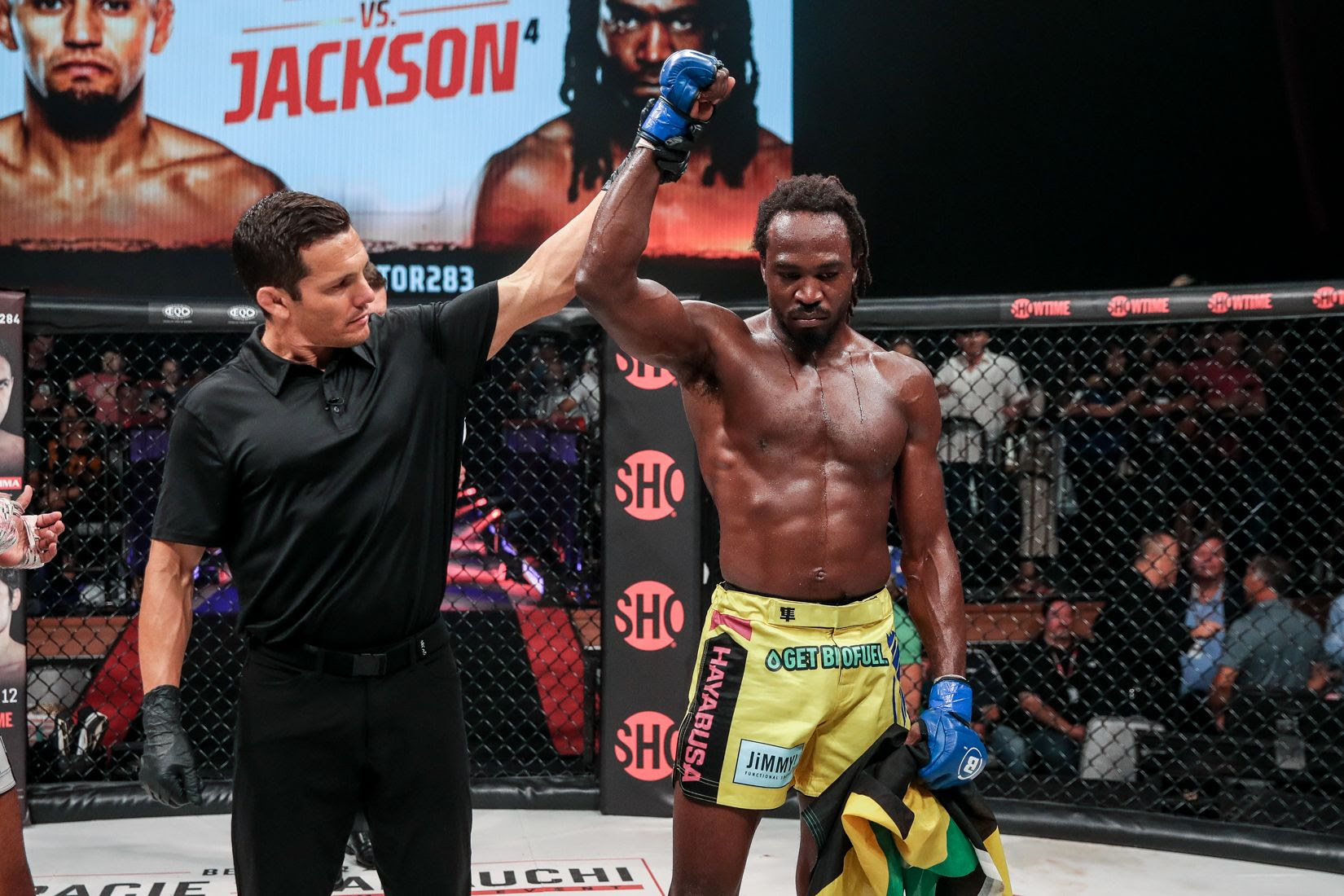 Jason Jackson is one-step closer to a title shot after defeating former Bellator Welterweight champion Douglas Lima in the main event at Bellator 283.

Aside from an up-kick that stunned Jackson, he stuck to his gameplan and used his wrestling to earn a unanimous decision win. It wasn't the most entertaining fight on the event by any means, but he did what he had to in order to get the win.

"I just did what I had to and did the strategy that I knew I had to. I didn't want to risk it because at the level that we're fighting at, anything could happen. I wanted to take him to deep waters and drown him, so I was prepared for five rounds," Jackson said post-fight.

With the win, Jackson improves to 16-4 and extends his winning streak to 6-straight wins. Some of his notable wins during this impressive winning streak include former UFC Lightweight champion Benson Henderson, Neiman Gracie, Paul Daley, and now three-time Bellator Welterweight champion Douglas Lima.

"The Phenom" is now at a crossroads in his career. The loss extends his losing streak to 4-straight and to make matters worse, he weighed in at 172.8lbs on Thursday, which is 1.8lbs above the allowed welterweight limit for non-title fights.

It will be interesting to see what Lima decides to do next as his path to a welterweight title shot has become increasingly difficult. At this stage of his career, pehaps his best option could a move up to 185lbs.

For Jackson, it's hard to deny him of a title shot, but he may have to wait a while. Reigning Bellator Welterweight champion Yaroslav Amosov is expected to return and will fight interim champion Logan Storley sometime before the end of the year.

With that in-mind, Jackson might have to compete in a title-eliminator bout. Two opponents that would be logical are Michael "Venom" Page and former Bellator Welterweight champion Andrei Koreshkov.