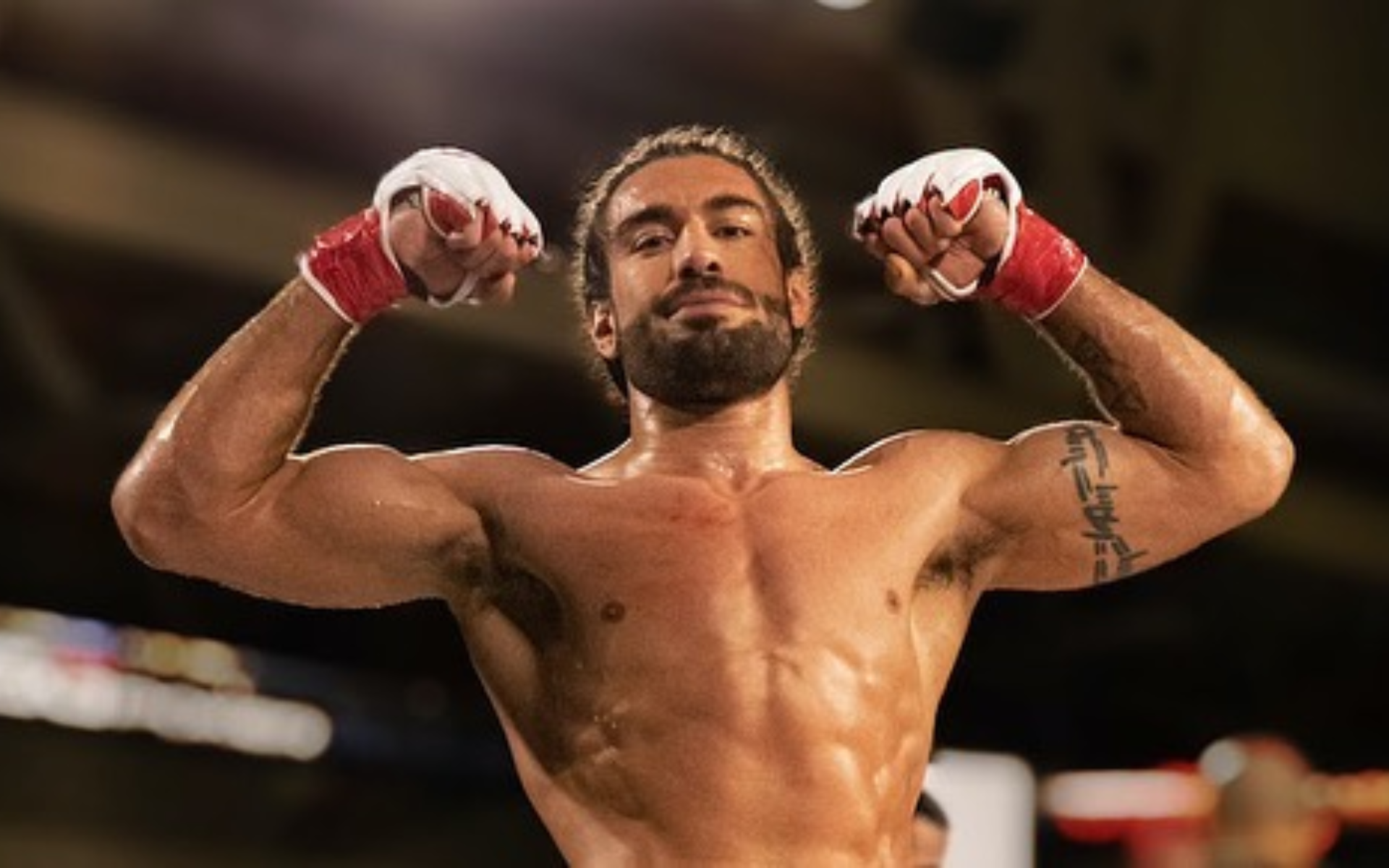 Former UFC fighter Elias Theodorou passed away this past Sunday after a battle with colon cancer. He was 34-years-old.

The Canadian middleweight was a beloved fighter to those that interacted with and knew him. His passing was a shock as he didn't make his cancer diagnosis public and kept it private with his close family members.

Theodorou was an advocate for medicinal cannabis and its benefits. In fact, he fought for his rights and the rights of other fighters to be granted a TUE, which is a Theraputic Use Exemption. He broke down barriers for all athletes as he was the first to be granted a TUE in British Columbia and Colorado.

Going by the nicknames "The Spartan" and "The Mane Event" TM, he had a unique path to the UFC. He didn't begin training martial arts until he was 21-years-old, which is later than most that get into the sport. He also served as a ring boy for female MMA promotion Invicta FC.

Theodorou earned a UFC contract after defeating Sheldon Westcott to win The Ultimate Fighter Nations: Canada vs. Australia. He went on to have a fairly successful UFC career.  He was 8-3 inside the octagon and fought the likes of Derek Brunson, Thiago Santos, and Eryk Anders.

"The Spartan" was successful after his UFC release as he won all three of his fights on the regional circuit. He defeated Hernani Perpetuo and Matt Dwyer via TKO and Bryan Baker via unanimous decision. His bout with Baker took place last December and ended up being his final MMA fight.

Here are some of the reactions to Elias Theodorou's passing:

"Man, this is heartbreaking. Elias was such a thoughtful, sweet man. A proud Canadian, too. Horrible. Can't believe this."

"RIP Elias Theodorou. A great person and a HUGE voice for the more fair and equitable treatment of marijuana use in MMA and sport."

"Horrible news to see, Canada lost a great one."

"It's so crazy and out of nowhere because he didn't tell anybody what he was going through. And for a guy that healthy, it's horrible. It's sad."

"Was a pleasure sharing the octagon with you. Elias Theodorou was 8-2 in the UFC & left the UFC due to standing up for what he believed in. He was 19-3 as a martial artist and from all accounts was a great person. RIP my brother, a true Canadian pioneer!"

"Hearing the news about @EliasTheodorou. It's hard to believe right now."

"You were such a beautiful soul. Always so kind and such a bright light in this world. This news is devastating. You will be greatly missed, but never forgotten. Fly high, Elias!"

"Seriously?!?!? Man!!!RIP @eliastheodorou. I will always remember your hilarious personality, kind and uplifting positive spirit, and how you always has all the ladies swooning over you everywhere you went with that great big smile of yours, lighting up every room you walked into! You will be missed and there will never be a head of hair in the game as nice and as gorgeous as yours! #besthair in #mma hands down. I urge you guys, please be kind. You never know what someone else is dealing with."

"I can't believe! Terrible news! RIP my friend Elias Theodorou. It's was a pleasure to share the octagon with you my brother."

"Wow. Loss for words on hearing the news on one of the nicest guys I've me in this sport. #RIP Elias. This is saddening."