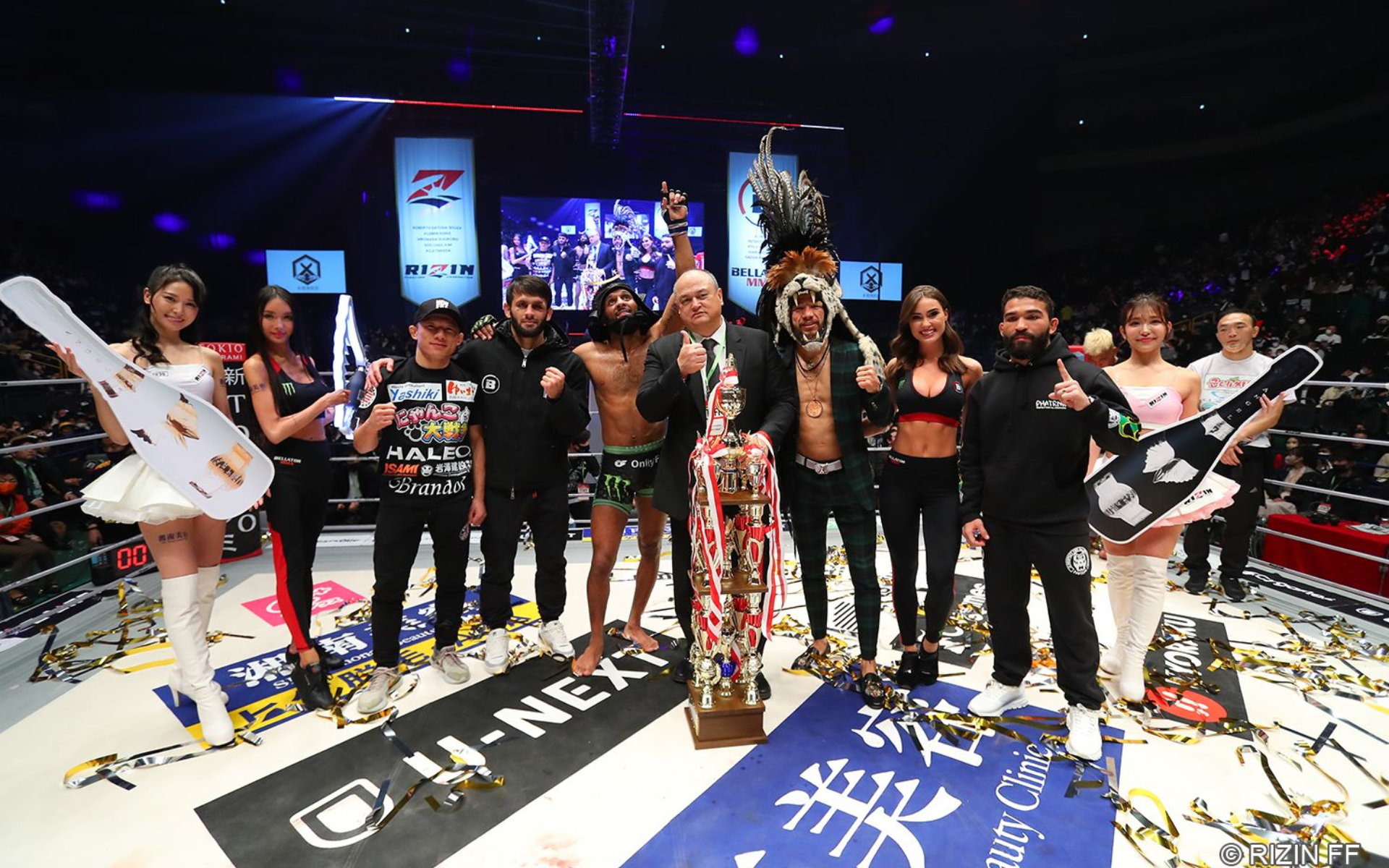 Bellator completed the clean sweep against Rizin at their highly anticipated cross-promotional MMA event at the Saitama Super Arena. Bellator won all 5 fights, which featured top fighters from both promotions, including current and former champions.

The main event saw former Bellator featherweight champion A.J. McKee defeat Rizin lightweight champion Roberto 'Satoshi' Souza via unanimous decision. He remains unbeaten at 155lbs and should be one of the fighters included in the upcoming Bellator Lightweight Grand Prix in 2023.

McKee even landed a soccer kick on Souza, which he was excited for after finding out that the fights would be contested under Rizin rules. Following the bout, the former Bellator featherweight champion described what it was like competing under Rizin rules, saying:

"Man, that was so fun. I don't know if something I could do every fight but it's something I enjoyed a lot. Rizin enjoyed the show so hopefully they bring me back for a title."

During his post-fight interview, 'Pitbull' mentioned that competing in Japan for this special cross-promotional event was a dream come true, saying:

Both promotion's Presidents have indicated that they hope to have more cross-promotion events in the future and that the next one will likely take place in the cage under Bellator rules.

It will be interesting to see whether Bellator vs. Rizin is a New Years Eve tradition going forward or if the promotions host a cross-promotion event twice a year.