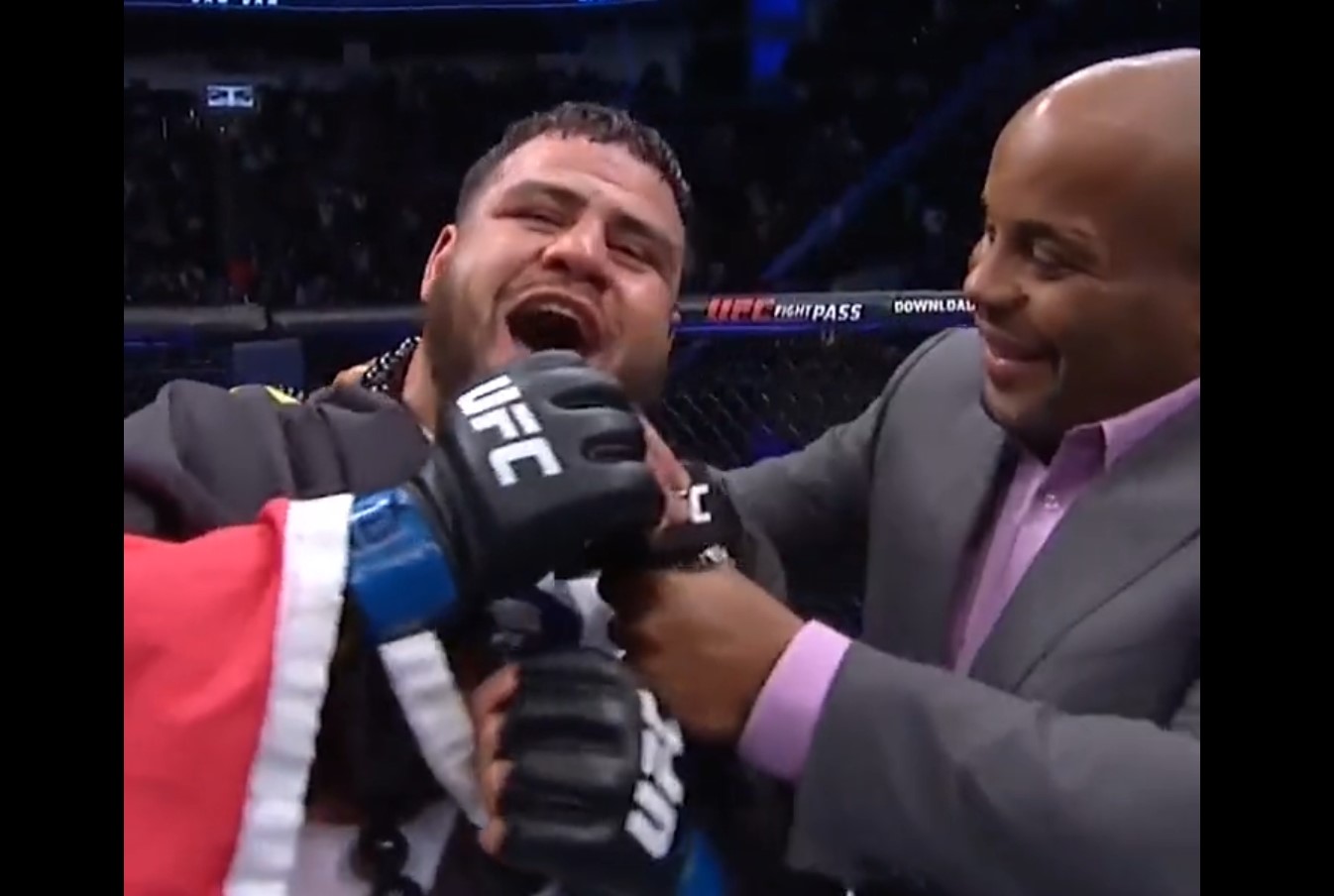 Tai Tuivasa handed Derek Lewis his second-straight loss in the co-main event of UFC 271 at the Toyota Center in Houston, Texas on Saturday night (February 12).

The Australian displayed a strong chin, as he took some thudding ground-and-pound shots from The Black Beast in the first round, but he appeared unphased by the power of the man who holds the record for most knockouts in UFC history.

Once again, Tuivasa appeared in danger in the second round, as Lewis drove him towards the fence with some thundering punches.

However, Tuivasa, with his back to the fence, landed a vicious elbow that hurt Lewis. From there, he capitalized on his opportunity, pressing forward with wild strikes, before landing another elbow that shut off Lewis’ lights, as he toppled face-first to the mat.

Referee Dan Miragliotta immediately called a stop to the fight before Tuivasa could do any more damage, as the Australian extended his winning streak to five fights, all of which have come by way of knockout.

Coming into the fight, Lewis was ranked third in the division, just below former champion Stipe Miocic and former interim champion Cyril Gane, while Tuivasa was just outside the top-10 at number 11.

With the victory, it appears “Bam Bam” will likely be the next to challenge current champion Francis Ngannou for the title of “Baddest Man on the Planet.”

Lewis, who came into the fight as the betting favourite, has now lost two of his last four, and his chances at another title shot are dwindling.

However, with Ngannou currently feuding with the UFC over contract negotiations (which is largely related to his desire to face heavyweight champion Tyson Fury in a boxing match), it’s possible the promotion could organize another interim title fight in the heavyweight division this year.

Further, while Ngannou might not be prepared (physically or mentally) to fight anytime soon, there’s still the possibility of former light heavyweight champion Jon Jones making his much-anticipated heavyweight debut.

Regardless of what happens next for the UFC’s heavyweight division, Tuivasa will have to be in the conversation when it comes to title competitors after his emphatic win on Saturday.