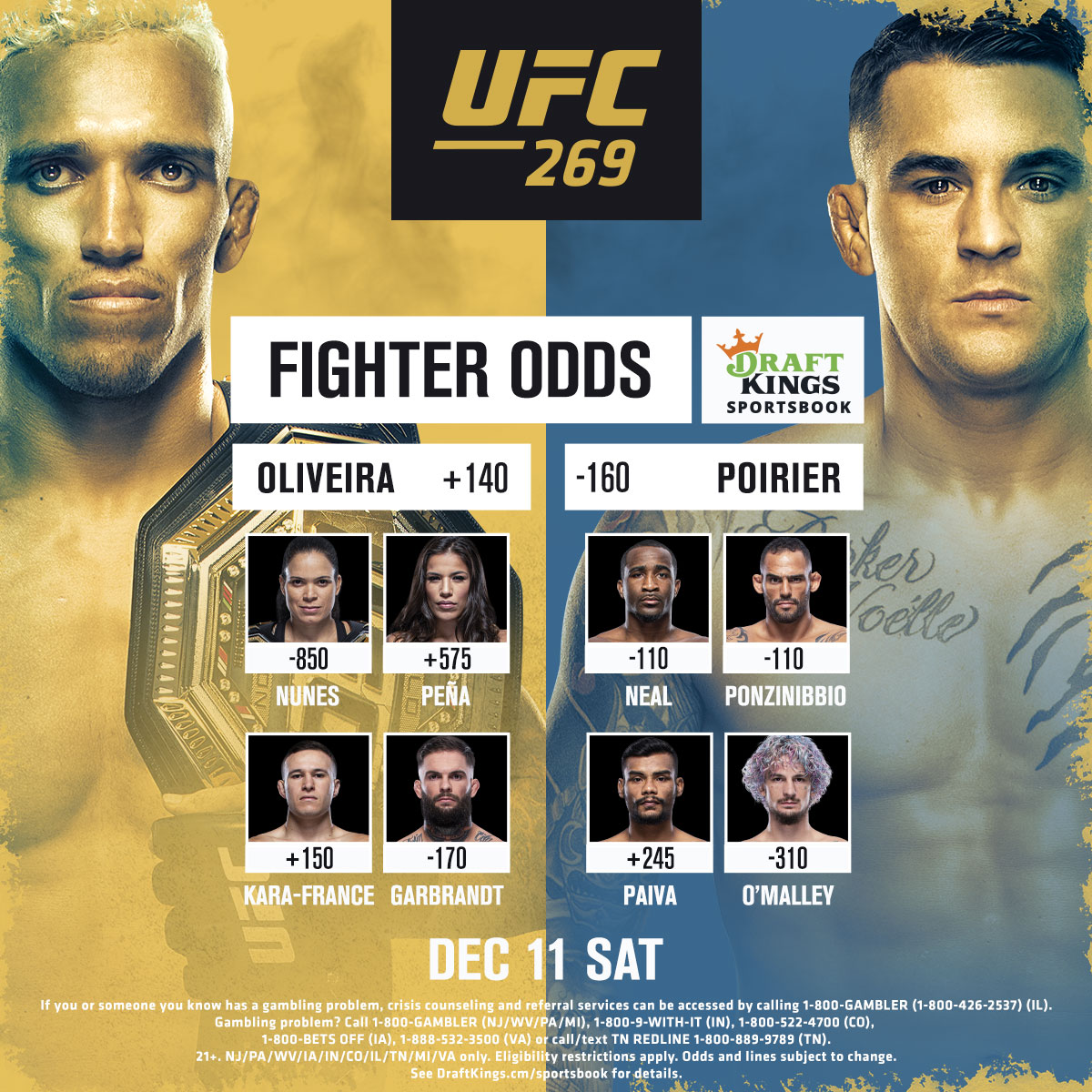 The UFC wrap up their 2021 PPV schedule tonight with UFC 269. Tonight's event is stacked from the prelims until the main event and will definitely make for an entertaining night for fans.

Poirier has had quite an eventful 2021. He began the year by defeating Conor McGregor in a rematch of their 2014 bout. Poirier showed how much he evolved in the sport by defeating the former two-division champion by TKO. Poirier followed that up by defeating McGregor once again at UFC 264 and earned a title shot.

Oliveira on the other hand, is currently on a 9-fight winning streak that includes wins over Kevin Lee, Tony Ferguson, and Michael Chandler. The champion currently holds the record for most finishes in UFC history and will be looking to continue his winning ways against Poirier.

With Justin Gaethje expected to be the next challenger, he could see himself in a bout with Oliveira or a rematch with Poirier.

Whoever comes out on the losing end of tonight's main event will also have their fair share of potential opponents. Poirier is constantly being linked with McGregor and based on how the trilogy bout ended and how successful it was on PPV, a fourth bout shouldn't be ruled out.

For Oliveira, a matchup with Islam Makhachev or rematch with Max Holloway at lightweight could be interesting future bouts should he lose the title.