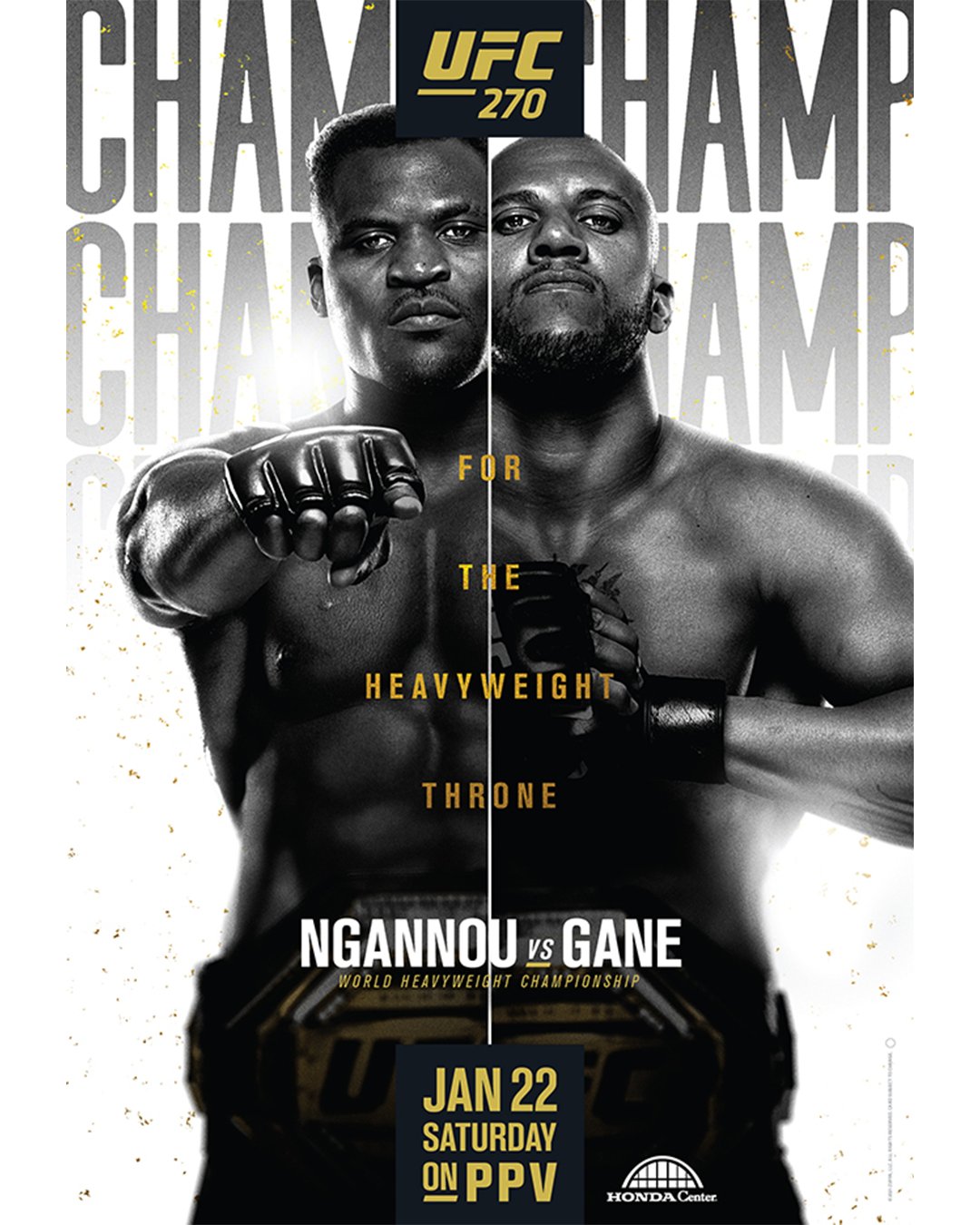 Despite not being injured, the UFC felt the need to crown an interim champion, which caught many by surprise. Gane took advantage of the opportunity by stopping Derrick Lewis to become interim-Heavyweight champion and earn a unification bout with Ngannou.

Coming into tonight's main event, there has been a lot made of their past experience training with one another. Ngannou feelt that it has been blown out of proportion as he noted they spent a brief amount of time together.

The matchup between Ngannou and Gane is interesting. "Bon Gamin" was the more well-rounded striker and moves very well for somebody his size. He has an unbeaten 10-0 MMA record, which is impressive considering who he has defeated so far. In less than 4 years, Gane has defeated the likes of Alexander Volkov, Derrick Lewis, and fomrer UFC Heavyweight champion Junior dos Santos.

Although Gane has a slight advantage, 'The Predator" is more than capable of ending the fight quickly. Ngannou has put his knockout power on full display, which has made him arguably the most feared fighter in the UFC.

There's been a lot of speculation regarding Ngannou's contract situation. UFC President Dana White has even noted that the champion's contract is coming up soon, UFC 270 will be telling of his future in the promotion.

As for what's next for the winner, former UFC Light-Heavyweight champion Jon "Bones" Jones is expected to make his heavyweight debut and challenge the winner.

Who do you think will walk out of UFC 270 as the undisputed UFC Heavyweight champion?