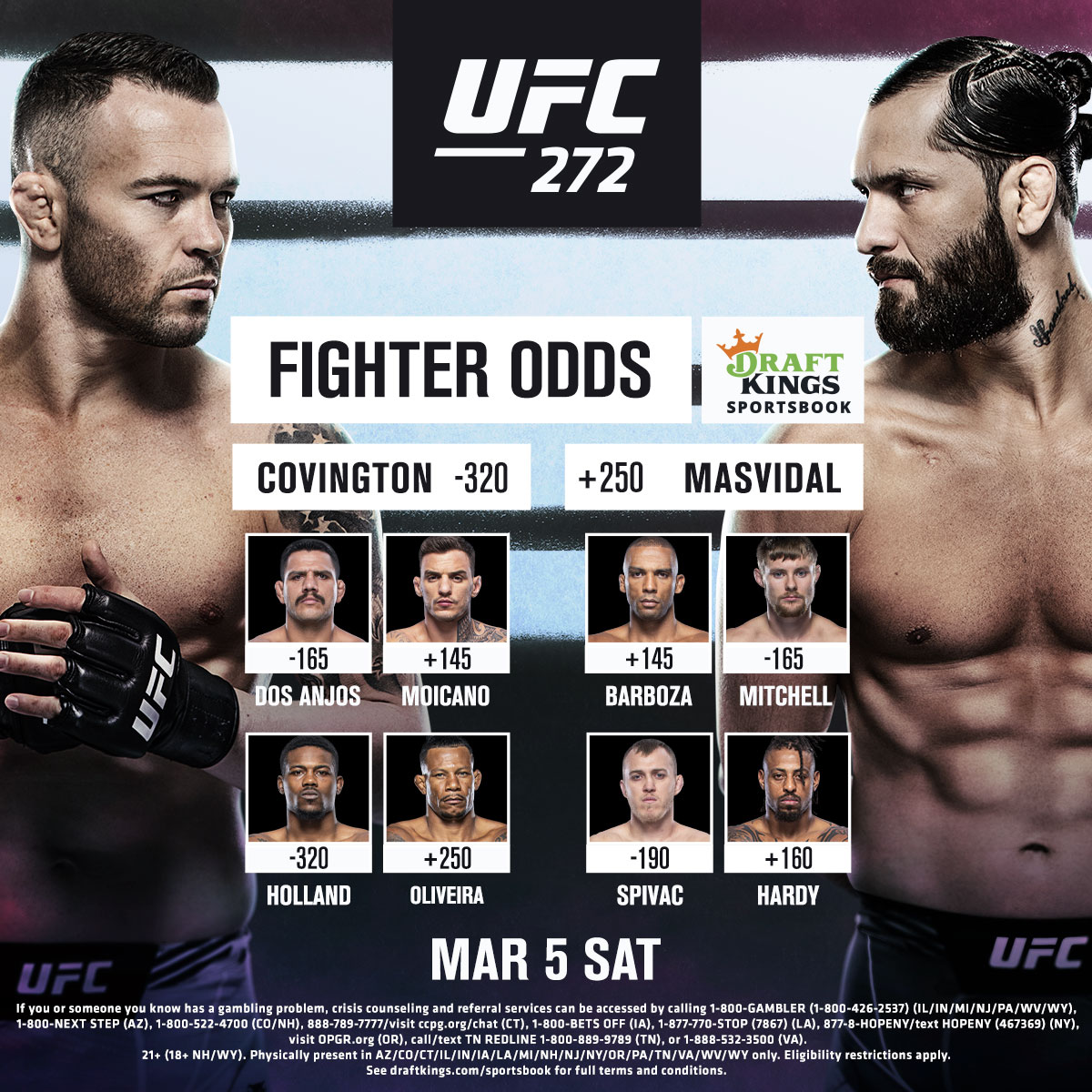 The UFC return to pay-per-view tomorrow night with a highly anticipated grudge match. UFC 272 won’t be headlined by a championship bout, however, it will be headlined by one of the biggest grudge matches in the sport as former training partners and best friends Jorge Masvidal and Colby Covington will settle the score when they meet in the octagon.

They were teammates at American Top Team and have since turned into enemies. They animosity between the two has certainly reached a breaking point and they’ll finally be able to prove who the better fighter is on Saturday night.

Both Covington and Masvidal are coming off losses to reigning UFC Welterweight champion Kamaru Usman and are in an interesting spot in the division. Masvidal is coming into this fight with back-to-back title fight losses to Usman, while Covington is coming off his second title to Usman.

‘Gamebred’ is looking to get back in the win column and end his losing streak. He recently signed a new contract with the UFC, so UFC 272 could be the first of many more lucrative fights for him.

‘Chaos’ is also looking to get back on track and maintain his ranking as the top welterweight in the division. If he continues to pick up wins, it would be tough to deny him of a third title opportunity.

It wouldn’t be too far-fetched for Covington to receive another title shot should he go on an impressive winning streak. His situation could be compared to former UFC Featherweight champion Max Holloway as he also had two losses to the champion and earned another title shot after back-to-back wins.

With welterweights like Khamzat Chimaev, Belal Muhammad, and Vicente Luque ascending the ranks at 170lbs, perhaps Covington will have his sight set on them in order to earn anther title fight. Another possibility is former interim UFC lightweight champion Dustin Poirier, who has had his fair share of problems with Covington.

It'll be interesting to see whether Covington and Masvidal bury the hatchet once their fight is over or if the outcome leads to a future rematch.