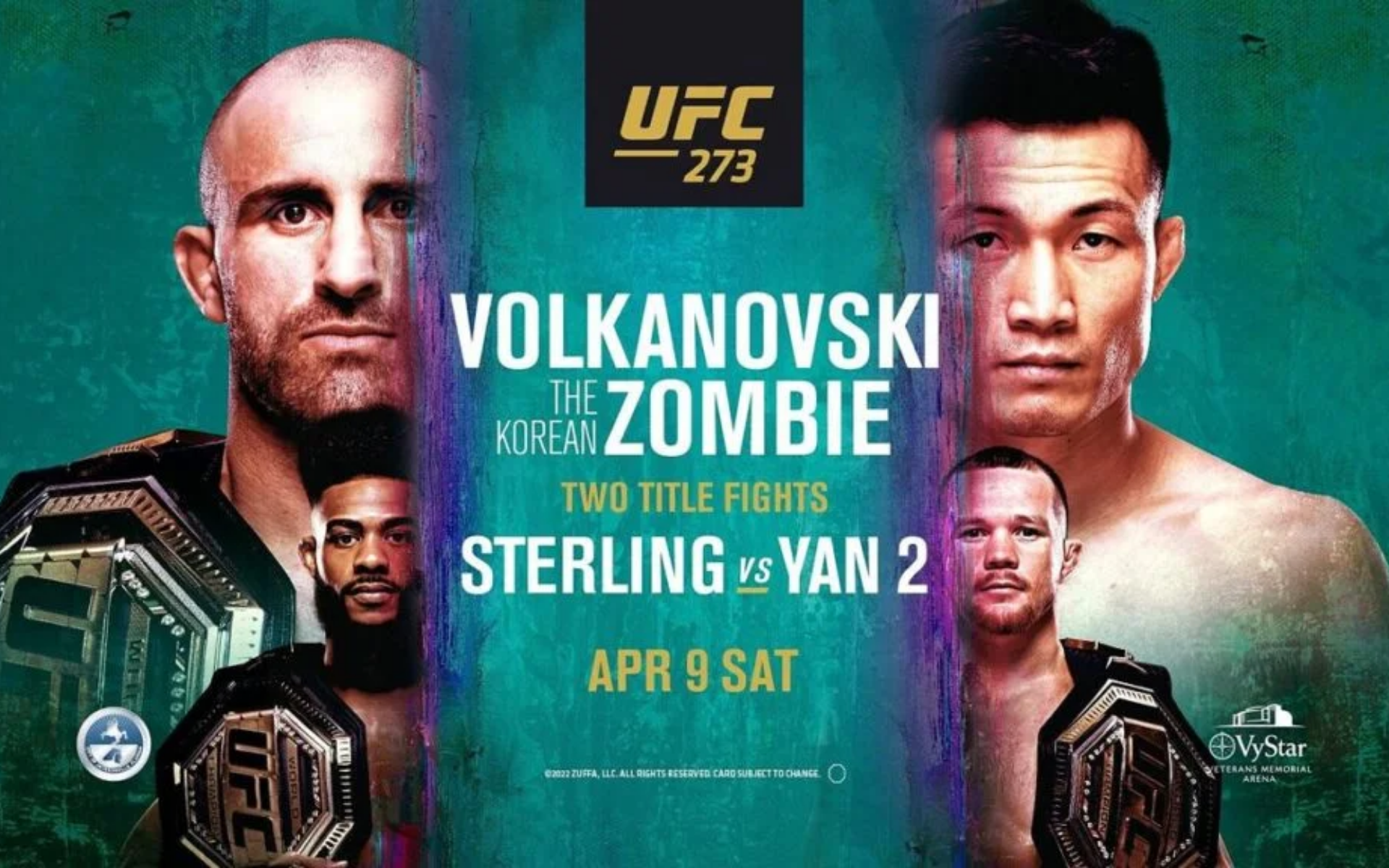 The highly anticipated event is headlined by the UFC Featherweight championship bout between reigning champion Alexander "The Great" Volkanovski and "The Korean Zombie" Chan Sung Jung. UFC President Dana White has expressed his excitement for tonight’s event because of what it could lead to.

"The Great" was originally scheduled to defend his title against Max "Blessed" Holloway, but the former champion was forced to pull out of the event due to an injury.

"The Korean Zombie" has a great opportunity to pull off an upset. He is clearly the underdog against the reigning UFC Featherweight champion. "The Great" was originally preparing for a trilogy with Holloway, so he had to shift his preparations because of what Jung brings to the octagon.

The veteran Jung will look to take advantage of his second opportunity to become champion. His last title shot came back in 2013, when he fought then UFC Featherweight champion Jose Aldo. He was unsuccessful that night as ‘Junior’ finished him with strikes in the fourth round and retained via TKO. It was a long road back to title contention, so Jung will have fans rallying behind him to capture the title.

"The Korean Zombie" made changes this time around and spent time training with former two-division champion Henry Cejudo. Perhaps Jung saw a weakness from Volkanovski's last bout with Brian Ortega that he feels he can exploit.

Training with "Triple C" could help Jung improve his wrestling and make him more difficult to takedown. Another advantage from training with Cejudo is that Jung could perhaps alter his fighting style to throw Volkanovski off guard. The former two-division UFC champion has had a noticeable impact on the fighters he's working with. That was evident in Deiveson Figueiredo's win over Brandon Moreno, which saw him regain the UFC Flyweight championship.