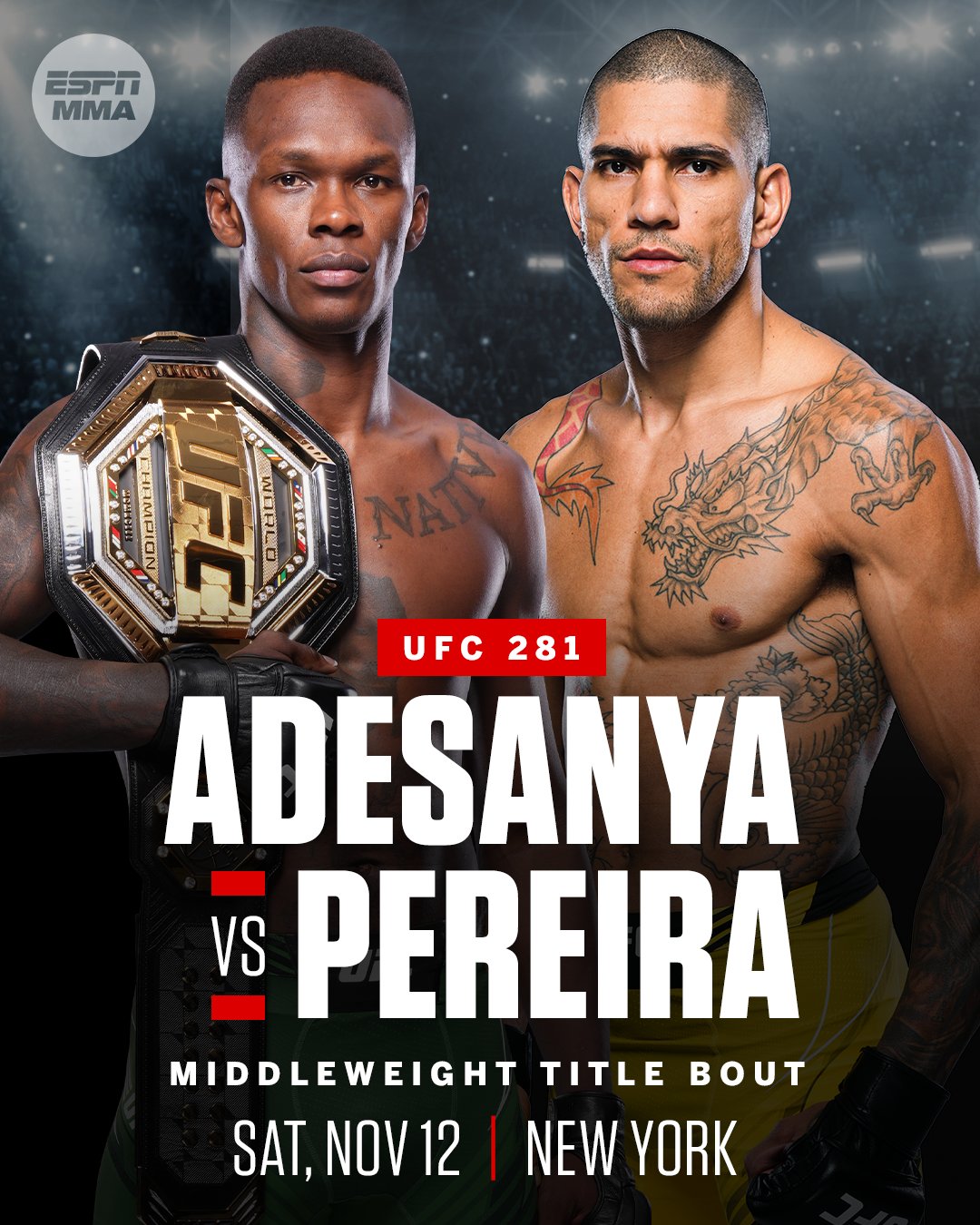 The date has finally arrived, UFC middleweight champion Israel Adesanya and Alex Pereira will settle the score in the octagon, when they compete in the main event at UFC 281.

Madison Square Garden will be the sight of highly anticipated bout, which has generated plenty of interest because of their history with one another. The two have fought twice before in kickboxing, with Pereira getting the best of 'The Last Stylebender' by decision in the first fight and via knockout in the second fight.

Despite the losses, the reigning middleweight champion has been very confident ahead of the bout and has even mentioned that he has some surpries in store for his kickboxing foe.

Adesanya has an opportunity to avenge his loss to 'Poatan' and finally put the kickboxing losses behind him. It is expected to be an entertaining main event as both are elite-level strikers, so there is a strong possibility of the fight ending via knockout.

'The Last Stylebender' is clearly the more experienced MMA fighter as he has a record of 23-1, while Pereira has a 6-1 MMA record.

Adesanya is currently the favorite to win the combat sports trilogy bout, but if their second kickboxing bout is any indicator, 'Poatan' is capable of weathering the storm and finishing the champion.