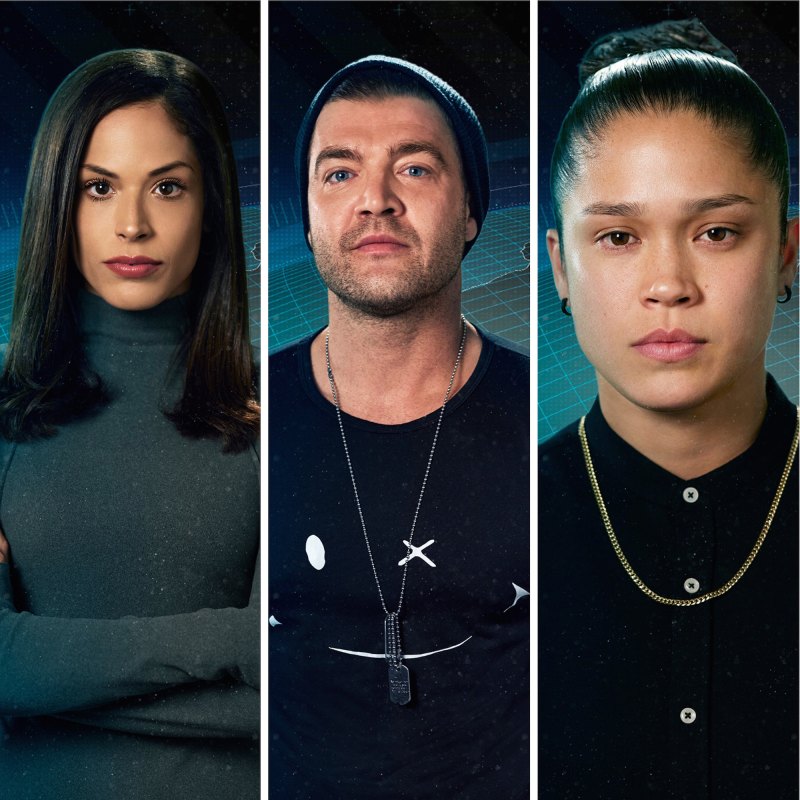 We are back with another episode with Priscilla and Jeremiah coming back into the house after their big elimination win. They have upset the vet alliance and there are no more vet-vet partnered teams. Priscilla makes a good point when she says that the vets expect the rookies to look out for them but the vets do not look out for the rookies in return. Cory seems to be the vet that has the rookies on his side and the other vets are now worried that they could be targeted to go into elimination. In particular, Ashley is worried she will get thrown into elimination since she is a reigning champ. She has reason to feel this way since she typically gets targeted early in seasons past. Devin also makes it clear in this episode that he wants to get rid of vets who have already won finals. In this season, there are only 3 vets who have won a final: Ashley, Amber and CT. It is interesting though, that no one seems to be going after CT... the most prized champion in this game.

In the daily mission, the teams must run into a mud pit to collect their coloured balls and finally, grab a silver ball to advance to the next round. I personally enjoy seeing Emanuel and Kaycee's camaraderie in their confessional and their ambition to win. We then see them win their round. In the end of this round, we see six guys fighting for the last silver ball, including Josh and Cory. These guys are playing dirty and alliances get exposed when Cory passes the silver ball to Jeremiah for the win. Josh becomes emotional and upset when he thinks that everyone is against him because they were trying to get the silver ball. He speaks about Cory in his confessional and his distrust for Cory and his allegiance to the rookies. Cory hears what Josh is saying. Cory confronts him in the middle of his confessional, which turns into a heated argument between the two. Cory is upset because he believes he and his partner, Bettina, are going into elimination since she is the only female rookie who has not been into the Lair yet. After all is said and done in this daily mission, Nany and Logan finally win. They win because Logan cuts a deal with Nelson and Ed to let him win, and he will save them from elimination.

Back at the house, Ashley is distraught, and she thinks she is going into elimination. Josh tries to convince her that she's not going down and that he can get the numbers to vote for Cory and Bettina. Later in the club scene, Amber and Ashley connect over being champions and others wanting to get them out of the house. I like to see the champs go far because I always want to see if they can win again. I would like to see Ashley go far this season since she was eliminated early in the last few seasons. In keeping with this theme, Nany and Logan discuss putting Amber into elimination because she is good at the game and beat Nany in last season's final. You can't blame Nany for feeling this way since Amber really did crush last season's final.

In deliberation, this scene is mainly comprised of Ashley and Cory arguing about who should go in. Ashely is trying to expose Cory for not working with the vets. Cory is trying to expose Ashley for not being trustworthy. Unfortunately, Cory really doesn't have facts to back up his argument, and the house seems to fall in line with Ashley as Cory and Bettina get the house vote. At the Lair for elimination, Nany sticks with her original thought and sends in Amber. She seems to do this without any hards feelings from Amber - Nany really has been playing a great political game the last few seasons and is getting by as a very popular player amongst the castmates... it seems like everyone in the house likes her. Nany and Logan also send in Jeremiah for the male side - I believe because he is the only rookie that is an option since Ed let Logan with the daily mission.

In the elimination, Amber and Jeremiah take a huge lead against Cory and Bettina. The task seems very difficult for both teams, but Amber and Jeremiah are the first to develop a strategy to get their puzzle pieces across a high beam. But, as Devin says, their strategy is not sustainable. Coming back from behind, Bettina develops a better method for her and Cory and then single-handedly solves the puzzle herself. I was shocked and surprised that Cory and Bettina won this since they were so far behind... or should we say that Bettina won this. Although I would have liked to see Amber stay longer to see if she could win another final, I also am happy to see Cory and Bettina come back. I find Cory entertaining on the show, and I would like to see what else Bettina has to offer.

Final thought: I am not sure why none of the players are going after CT yet. Maybe this is something we are just not seeing in the edits. Maybe next episode this will change? CT may be on the path to winning another final.