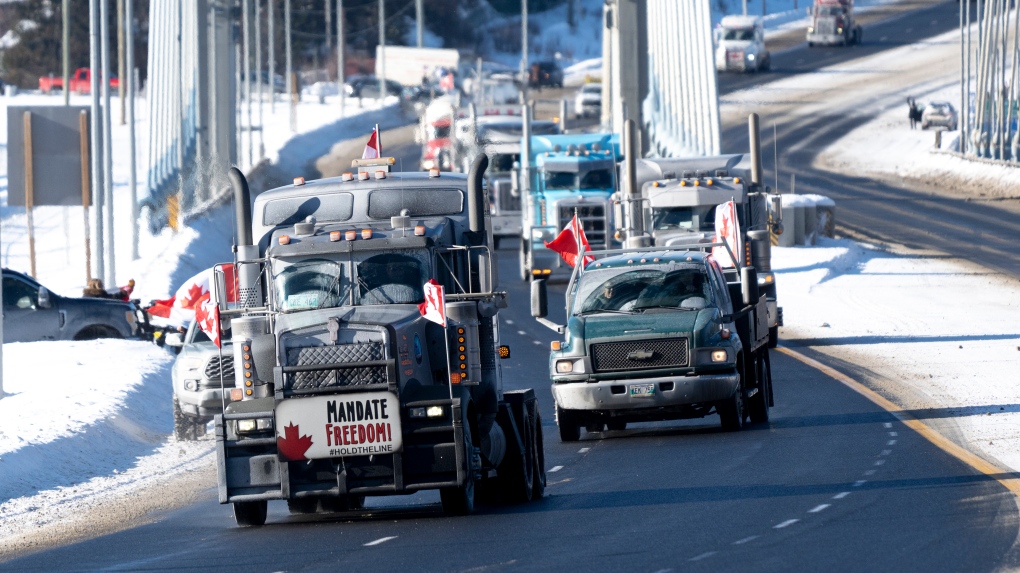 Since the end of January, the government has put in place a mandate for cross-border travel. This affects truckers in many ways as many of the truckers that port in goods from the United States and Canada don't agree with this mandate. Protests and rallies for the mandates to stop have not only been happening in Ottawa but in other places in Canada and it's been 2 weeks into the protests, and coincidentally 50 percent of the police in Ottawa have stepped off the job and 50 percent have agreed that they are not enforcing anything laws or orders on the public. Ottawa was the last destination as the main plan for the convoy was to drive to every part of Canada and to pick up truckers along the way. How many truckers were at the convey in Ottawa? According to cbc.ca, more than ten thousand people were out in the streets near Parliament Hill demonstrating.

Freedom Conveys' have not only been happening in Canada but in parts of the world as the government enforces mandates, including face covering and social distancing. A way to state opinions without violence. The Convoy that took place in Ottawa outside Parliament Hill was the biggest rally in Canada as mainstream media covered stories on the Convey and has gained attention. In other parts of the world, citizens have decided to create their freedom convoys. New Zealand has followed in the footsteps of Canada but instead of calling it 'Freedom Convoy 2022' New Zealand is calling theirs "Convoy 2022 NZ"

Organizations of these events are planned peacefully, calculated, and are usually done through Twitter and Facebook and are spread throughout other social media platforms like Telegram which is another platform where citizens can voice their opinions on what's happening around the world. Before Canada start with the protests and rallies there have been others in Europe and Australia.

The United States has been reluctant to have their convoy, but many are speculating that they are planning to organize one soon.

Europe had a convoy last month and had another one on valentine's day as the citizens in Europe saw what happened in Ottawa. According to Politico Pro, "Brussels police are gearing up should the demonstration turn violent." The majority of the conveys that happened so far have been peaceful. Riots and looting haven't been caused during these protests organized by Pat King and other activists and would remain so as the message would be to grow in numbers and to show unity as the mandates continue. As a result of the protests, several US-Canadian borders have been blocked by the Convoys and they don't seem to be going away anytime soon.

The convoy in Ottawa has sparked responses from the Government as they urged citizens to stay 'vigilant' and to 'go home' as more citizens join in on the demonstrations. Prime Minister Justin Trudeau took matters into his own hands as he declares a state of emergency on Monday, February 14th, 2022. This act is raising a lot of questions because this 'Emergency Act' is for taking special temporary measures to ensure safety and security during national emergencies. According to Canada.ca The Emergencies Act, which became law in 1988, is a federal law that can be used by the federal government in the event of a national emergency.

The Act contains a specific definition of "National Emergency" that makes it clear how serious a situation needs to be before the Act can be relied upon. Trudeau has used his power by using this Act in response to the truckers. Since this week, there have been arrests made to try to defuse the protest that's centred around parliament Hill in Ottawa. According to CP24 on Thursday, February 17, 2022, workers of the Nation's capital put fencing around Parliament Hill and several other buildings downtown to barricade the demonstrators out of the senate.