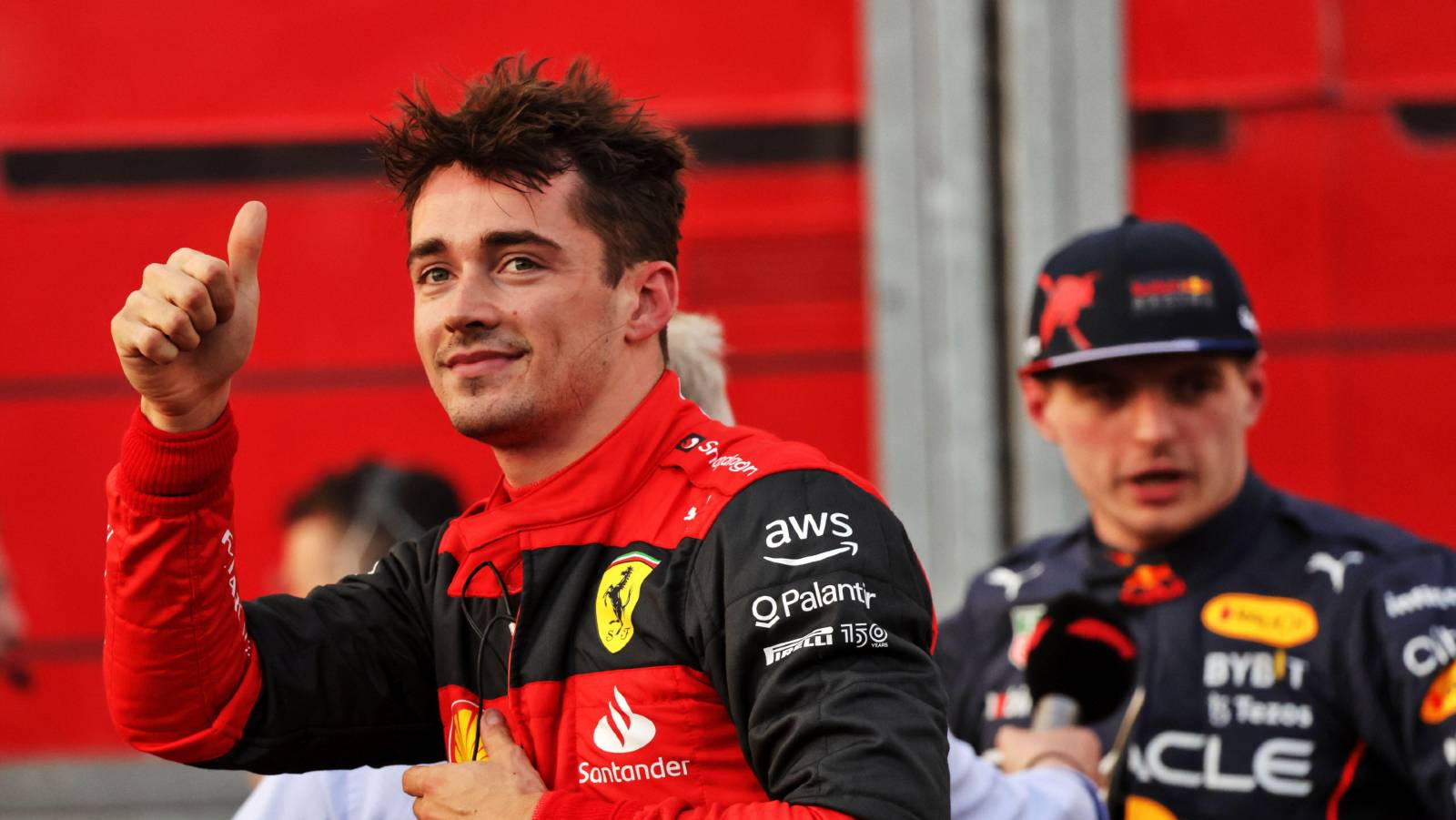 The Red Bulls have looked strong around Albert Park all weekend thus far, with their pace carrying over into Qualifying. Max Verstappen led the way in Q1, with Sergio Perez finishing fastest in Q2. But it was Charles Leclerc who hammered in a 1:17.868s as time expired in Q3 to pip both Red Bulls taking his 11th career pole, and second in three races. His time was just south of three tenths faster than second-place first Verstappen and 0.372s quicker than that of Perez.

McLaren seems to have exercised some demons for now as Lando Norris slotted his MCL-36 into fourth in his first Q3 appearance of the season, with teammate Daniel Ricciardo finding himself in seventh at his first home race since 2019.

Lewis Hamilton and George Russell are the two cars wedged in the middle of a McLaren sandwich sitting P5 and P6 respectively.

Alpine looked to be on the pace all weekend with both their drivers making another Q3 appearance. Esteban Ocon was quick enough for eight, but all the buzz was around Fernando Alonso who looked rapid throughout the whole session. The Spaniard was on an absolute flier setting the fastest time through the first two sectors before a hydraulic failure put him into the wall in sector three to bring out the red flag. It’s a game of what could have been for him as he’ll lineup 10th for tomorrow’s grand prix.

Leclerc’s Ferrari teammate Carlos Sainz has been openly critical of the gap between himself and the Monegasque thus far this season but looked to be very comfortable in his F1-75 this weekend. Unfortunately for him, he lost out on his flying lap as a result of his fellow countryman crashing, and couldn't hook up a good one after the restart, almost losing the rear in the first sector. The result is a P9 start for him on Sunday, a whopping 1.540s off the pace of his teammate.

Pierre Gasly set a time good enough for 11th ahead of Valteri Bottas whose streak of Q3 appearances since his first race with Mercedes, has officially come to an end. He’s in front of Gasly’s Alpha Tauri teammate Yuki Tsunoda, who in turn is ahead of Bottas’ Alfa Romeo teammate, Zhou Guanyu.

Haas seems to be lacking the pace they held in the first two rounds with Kevin Magnussen knocked out in Q1 at P16, as Mick Schumacher out-qualified the Dane for the first time this season, sitting P15.

It was another Qualifying for Williams to forget as Nicholas Latifi had a coming together with the Aston Martin of compatriot Lance Stroll ending both of their afternoons prematurely. Alex Albon - who is to serve a three-place grid penalty for his contact with Stroll back in Jeddah - was then disqualified from the session for a lack of fuel sample given to the FIA post-session.

Stroll will also serve a three-place grid penalty for his part in the collision with Latifi. Teammate Sebastian Vettel hasn’t had the opening weekend he would have liked after a mechanical failure kept his practice running to an absolute minimum. A shunt in FP3 left the Aston Martin crew with quite the repair job, but they did well taking advantage of the red flag from Stroll’s collision to get the car out on track. Vettel was only able to manage a time good enough for P17.

Lights go out Sunday morning at 2am EST for the first Australian Grand Prix in three years.