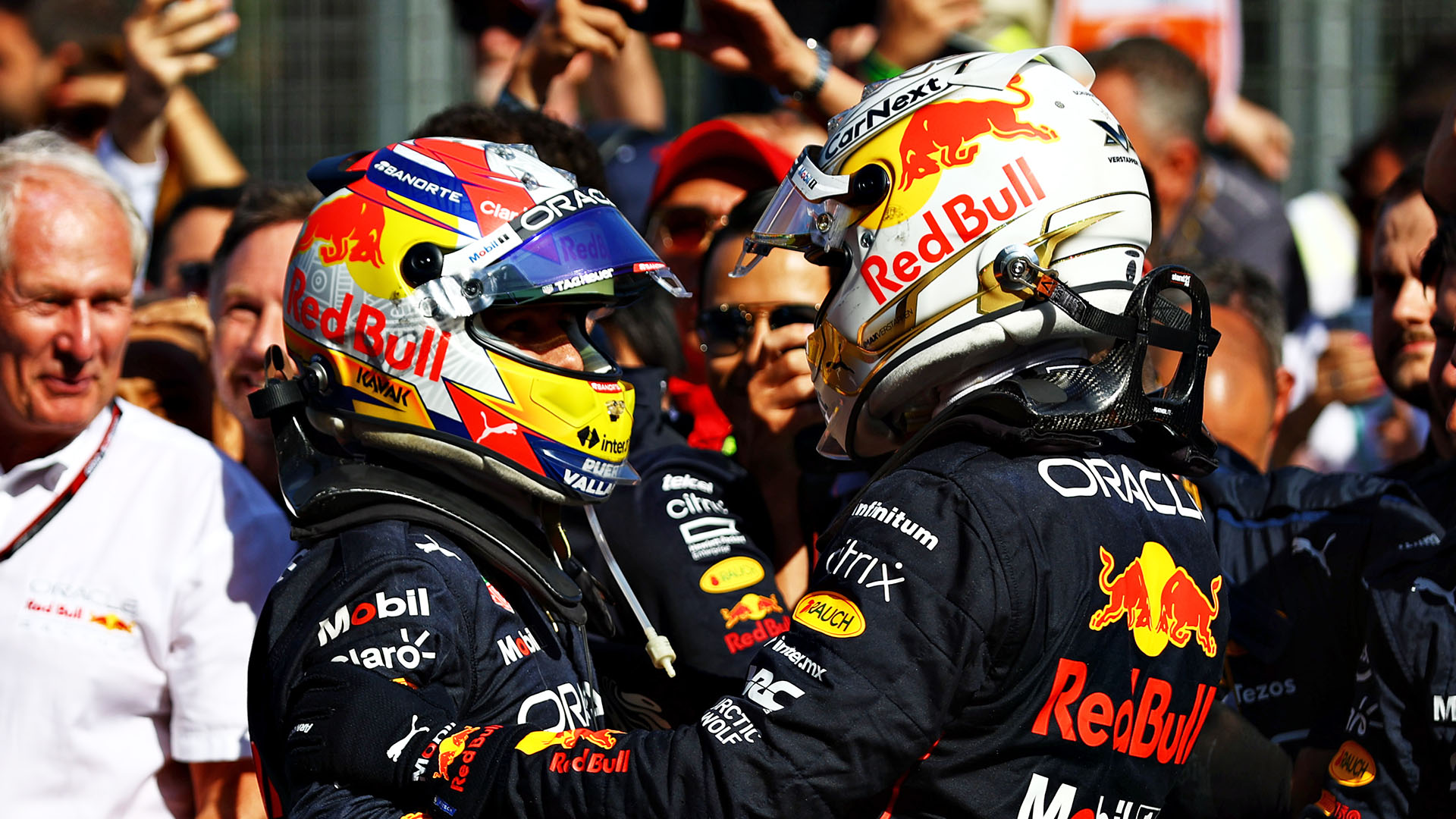 Charles Leclerc looked to turn the first pole position of his into a race win since Australia sme four rounds ago. Leclerc lost the lead at lights out to Sergio Perez, but reimagined it under a virtual safety car in the early stages of the race.

Leclerc had his teammate Carlos Sainz to thank for the VSC as Sainz was forced to stop due to a hydraulic issue with his F1-75 on lap 9. Max Verstappen pitted on lap 19 after Leclerc, before Ferrari’s day went from okay, to nightmare. Leclerc’s F1-75 would let out a puff of smoke before the Monegasque limped the car back to the pits for a double-DNF for the Scuderia.

Maranello will have some questions to answer post-race as the Ferrari-powered cars of Kevin Magnussen’s Haas and Zhou Guanyu’s Alfa Romeo were also forced to retire with power unit failures.

Leclerc’s retirement made for an easy afternoon for Red Bull who coasted home with the victory, and a large haul of points to boot. Leclerc's once 40+ point lead in the driver’s standings has become a deficit as Perez is now 16 points ahead, with Verstappen a whopping 34 points ahead of the Ferrari driver.

George Russell continues to impress mightily as the Brit rounded off the podium to grab his third top-three finish of the year. Teammate Lewis Hamilton finished just behind in fourth, having made a late, but critical move on the Alpha Tauri of Pierre Gasly who finished fifth. Hamilton was vocal on the radio throughout the race about the effect the bouncing of the car was having on his back, with the 37-year-old visibly in some discomfort as he was exiting the cockpit of his W13 in parc ferme. Mercedes team boss Toto Wolff has stated since then, that there is a very real possibility Hamilton could miss next week’s Canadian Grand Prix in Montreal.

Sebastian Vettel finished P6 for Aston Martin as the four-time champion opted for an early stop under the VSC, finishing the race on the hard compound tire. The performance saw the German recover from a mishap that saw him take to the turn-3 escape road while attempting a pass on Alpine’s Esteban Ocon. Ocon’s teammate Fernando Alonso finished in P7.

The McLarens followed Alonso with Daniel Ricciardo in P8 ahead of his teammate Lando Norris. Ricciardo spent the early part of his race stuck behind Norris with the team asking him to hold position. Late in the race,the roles were reversed with Norris making his feelings heard on the radio about being forced to stay behind his Australian teammate.

Red Bull now lead the constructor’s standings by an outstanding 80 points, a massive turnaround from the early rounds of the season which saw Ferrari setting the benchmark. The paddock has a quick turnaround as they head to Canada now, taking to the streets of Montreal for the first Canadian Grand Prix since 2019. FP1 goes Friday.