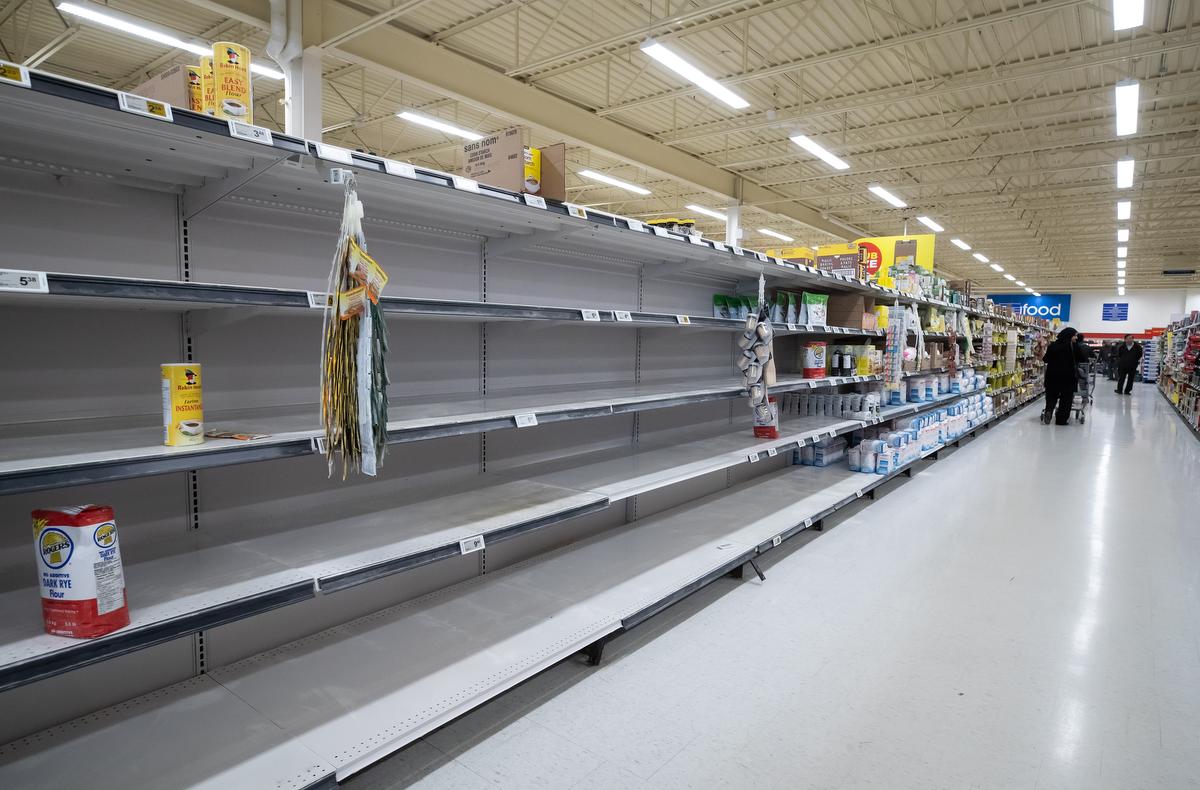 Shortage of anything is not what anyone would want to face during these troubling times, and it is not what's on everyone's mind, because of the pandemic. For months there has been the speculation that food might be off the menu for a while. Food prices have risen since the beginning of the pandemic, which has resulted in farmers having to pay more for their fertilizer because the prices have risen dramatically. This doesn't affect the large farming corporations, but it does affect many small farm businesses.  According to fortune.com, this will reduce what the farmers can produce, and it will affect the crops and how they grow because of the amount of fertilizer being used. On Monday November 15th, British Columbia has experienced what people are calling the worse storm in centuries as downpours of rain damage crops. This has an impact on the supply chain as British Columbia is where we get our good foods from. The storm not only damaged crops but has damaged the highways and railways that shipments port in throughout the province. Meaning nothing comes in and nothing goes out. Western British Columbia is surrounded by water! According to CBC Vancouver, it could take weeks to get the railway fixed as geotechnical assessments will have to be conducted. This storm has brought agriculture to a halt. Even though this is happening in British Columbia, this could be a province-wide shortage. Across the world, there have been shortages of not only food but natural gases and other necessities. And the prices of materials have risen. What used to be the regular price is now twice the price. For example, if a customer was to go to the store and buy detergent, the customer would see the difference as the price used to be three dollars and has now risen to six dollars. Let not talk about the toilet paper that has magically disappeared off the shelves since the pandemic. Grocery stores have restocked on items but since the situation about the shortages has caught wind, people have been stocking up and leaving few in the stores.

Citizens have taken heed of what's happening not only in Canada but around the world and have decided to stock on groceries as people fear that the food chain will collapse and there won't be any food or key necessities to survive the cold winter months ahead. When a customer buys a lot of the same item it leaves the rest of the customers scrambling to get a replacement. According to mymoneycoach.ca on average, a Canadian spends two hundred dollars on groceries any time they go shopping. Now, the number doesn’t seem high to some, but this number keeps rising especially if the person buys a lot of meat. Meat has increased in price dramatically as beef and veal prices climb to 3.3 percent from August to September 2021. So just for a piece of steak, a person would be paying twenty to twenty-four dollars! That’s a huge difference compared to if a person was to pay in May the following year. According to the Economic Research Service, prices have been driven up by strong domestic and international demand, labour shortages, supply chain disruptions, and high feed and other input costs. Food shortages are expected to be the highlight of the winter as food prices continue to skyrocket. If you are looking to stock up, be mindful of others. Hopefully, there will be enough to go around.