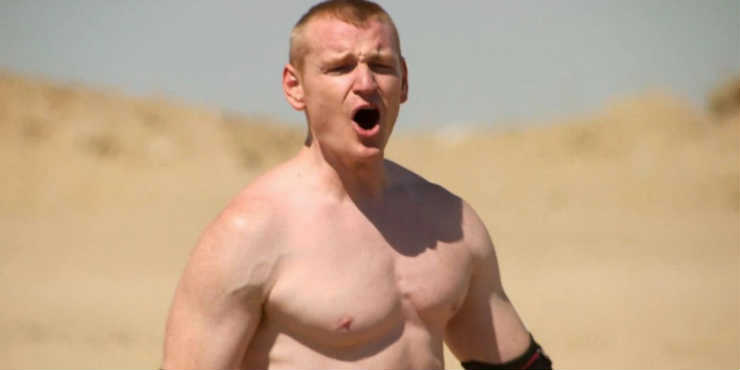 The Downfall of Beth: Unfortunately, Beth does not make it out of this episode unscathed. Personally, I think is too bad since she came off quite likeable after the first season of All-Stars. I think she even comes off fairly likeable on her season of The Real World Homecoming. This third season of All-Stars, however, was not her season. She came in for only two episodes and not many people were willing to befriend her. Her best friend, Syrus, had already been eliminated and she was faced with outstanding rivalries, such as the one with Veronica. The Treehouse alliance wanted nothing to do with her and she was disqualified from the first daily challenge after refusing to get on the platform due to her fear of heights. Her second episode (episode 5) faired even worse. She came out swinging with rumours about Jonna and then wanted to target her because she feels she is untrustworthy. Jonna then chooses to go into elimination just so she can go against Beth. Once again, Beth disqualifies herself because of her fear of heights and because she claims Jonna is cheating. I believe Beth leaves this season with a negative stamp on her reputation and I'm not sure that she will be asked back to compete again after quitting twice just in one season.

The Downfall of Yes, Yet the Rise of Wes: After Wes comes up with a plan for the daily challenge that allows Mark to win, and MJ to lose, his plan slightly backfires. In the end, his good friend, Brad is not happy with the plan results. Brad is not sure why he agreed to this plan for Mark to win, and on top of that, he believes he could have won the daily challenge. Brad thinks that because MJ lost, MJ will pick Brad to go into elimination. (After all, Brad has already sabotaged MJ twice). He explains this to Wes and Mark, and surprisingly, Wes decides he will go into elimination to save his friendship with Brad. At the elimination grounds, Wes chooses to compete against Yes. It is an exciting match to see the rivalry of Wes and Yes. It is also exciting to see if Yes can uphold his amazing performance from the season one final. Wes's experience, however, leads him to outsmart and outperform Yes in this challenge, and sadly, we see the reigning champ on his way home.

Only 2 in the Authority: Thankfully, the game has now changed and TJ informs us that only the top two players of every daily challenge will comprise the "Authority" as opposed to six. I think this changes the game and decreases the chance of the Treehouse alliance dominating the game. As soon as someone else makes it into the Authority, (other than Treehouse members) we may see an opportunity to get rid of the Treehouse. I, myself, would prefer to see others dominate the game. Going by the trailer for next week's episode, it appears Kelly Anne may be making her way into the Authority. I hope!

Stay tuned for challenge recaps here and let me know your thoughts!