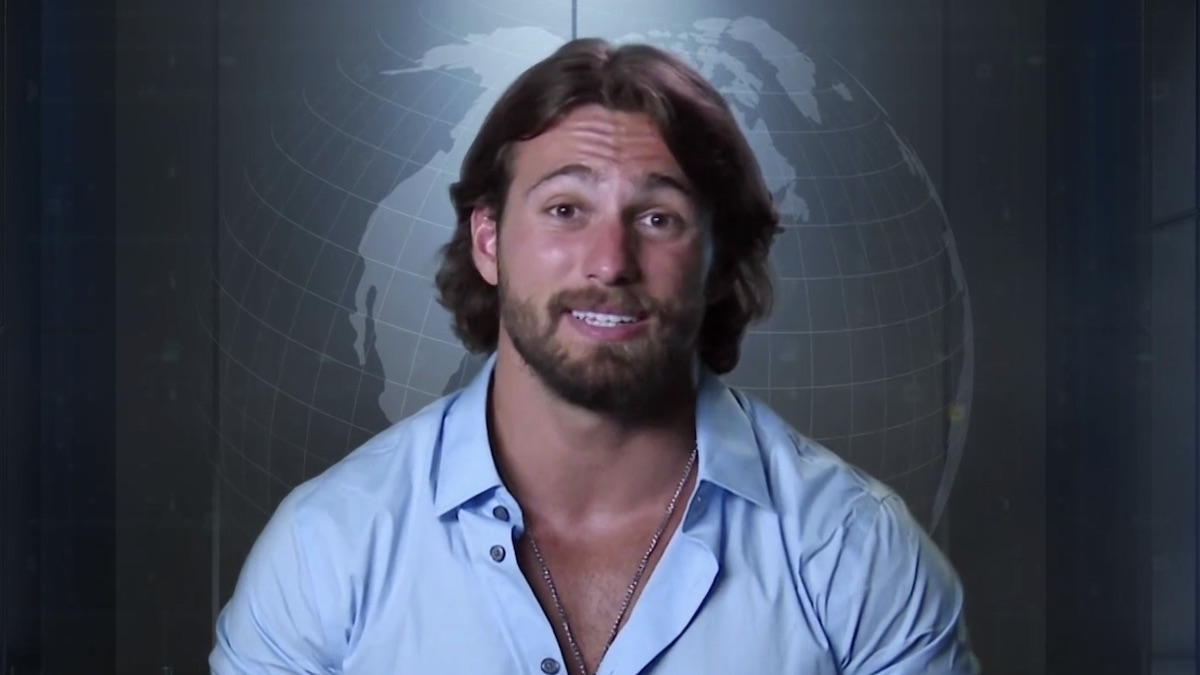 I am having a hard time believing we are only at episode 11. This season seems to be going on longer than it is and it makes me look forward more and more to All-Stars season. We begin the episode with Ashley coming back into the house after she wins the elimination vs Priscilla. She chooses to stay on her team, the  Sapphire cell. I think this is mainly because she would like to remain on the same team as her best friend, Amanda.

Cory talks about the fact that he takes this game seriously and he doesn't think his team does. He especially feels that Kyle just jokes around and isn't a serious competitor. On the other hand, Nany believes she can finally come in first place if her team stays together - I highly doubt this. Cory sets up a fitness bootcamp for his team in order to motivate them. Unfortunately, Logan, who is on his team, pulled his hamstring, and so he does not participate even though the rest of the team is working out with Cory.

We see Ed call home to his Mom. He talks about winning the money for his Mom since she is a single mom. They talk about their time on the Circle. I did not watch his season of the Circle but I watched his brother on the subsequent season, and I think they would do great on the Challenge together. Big T calls her sister and talks about how she wants to win so badly. Nelson calls his Mom too. Nelson says he wants to win the money for his Mom as well. Finally, Kyle calls his girlfriend, who is pregnant, and he wants to win money for the baby. I don't think the show has ever shown so many calls home in a row before.

At this point, I am finding the show seeming longer to get through and that the episodes would probably be more interesting if they were shorter. There is perhaps a lot of extra fluff that doesn't need to be in these episodes. I now appreciate the good old days of 30 minute episodes. But, unfortunately, those are long gone.

The Daily Mission: We have another "heights over water" challenge. The contestants have to jump from beam to beam high up over water, while other teams spray them with water. While jumping from beam to beam, each player also has to try to retrieve a "plug". Ashley just gives up on her turn and jumps right in the water. I assume she doesn't care too much since she knows it will be a male elimination day. Cory leads the Ruby team and tries to set a strong precedent for them to be motivated to perform well. I have to say I am really enjoying Cory in this episode and I admire his ambition to lead and to do well in the compeitions. Big T takes a major spill that looks painful, even though TJ laughs hysterically. Logan still participates even though he is injured. Logan gets another plug to make it a total of 3 plugs for the ruby team. They are in the lead, although Kyle's plug capture was questionable. Team Emerald is the last to go. Nany takes a nasty spill first. Tori also wipes out, still not really proving herself at this game. Josh also goes straight into the water. The first three members of the Emerald team don't even make it to one beam without falling. Kaycee is the first to actually land on a beam. Kaycee is very impressive at this mission and to me, she proves that she deserves to be a champion. She gets the first plug for the team. Devin is surprisingly pretty good at jumping from beam to beam and surprisingly also gets a plug. Emanuel is the last competitor left, and one would predict that he would excel at this mission. He is proving that he is also worthy of being a champion except he actually falls, not getting a plug. The Ruby team, the underdogs, seemingly win this mission. No one expected this.

After the mission, TJ says Kyle's plug is disqualified, and so the Ruby team is tied with Emerald. The cell to get it done the fastest was, not surprisingly, Emerald. You can't help but feel bad for Cory and the Ruby team. TJ tells Kyle he blew it, and you can tell Kyle feels terrible for disappointing his team. He even says later that this was the worst thing that has ever happened to him on the Challenge.

Ed thinks he is in danger of going into elimination because he and Logan are the only two rookies left on the male side. We see the Emerald team deliberating on who to vote in.

In Deliberation: Ed sticks up for Logan, helps him out, and basically offers to go into elimination. He does this because, really, Ed is just an extremely nice guy. Perhaps too nice for the game. However, he offers to go in since Logan is hurt and Logan had saved him from elimination previously. The Agency ends up picking Ed to go into elimination. I think Ed gave them an easy decision. We see Logan paying Ed back by giving him advice on who he should choose for elimination. I like seeing the friendship they have developed and I love how Ed is always so happy and cheerful. He seems to get along with everyone in the game. He is just so likeable to viewers and his castmates and I think he definitely needs to come back for future seasons. We see Cory again looking at pictures of his children, which makes me think he is the one going into elimination.

Elimination: Ed chooses Kyle. This was clearly the wrong choice since the elimination is a pole wrestle. Kyle has won the pole wrestle at least twice before. Unfortunately for Ed, Kyle becomes undefeated in the pole wrestle in this particular episode. He beats Ed 2-0. Personally, I would have loved to see Ed win to see him compete further and to see what else he could offer in this game. I truly hope to see him back on the Challenge again.

Please check out my children's book during the Society of Children's Book Writers and Illustrators Bookstop promotion here: https://www.scbwi.org/scbwibookstop-display/?id=799406