Verstappen cruises to 14th victory on season in Mexico City 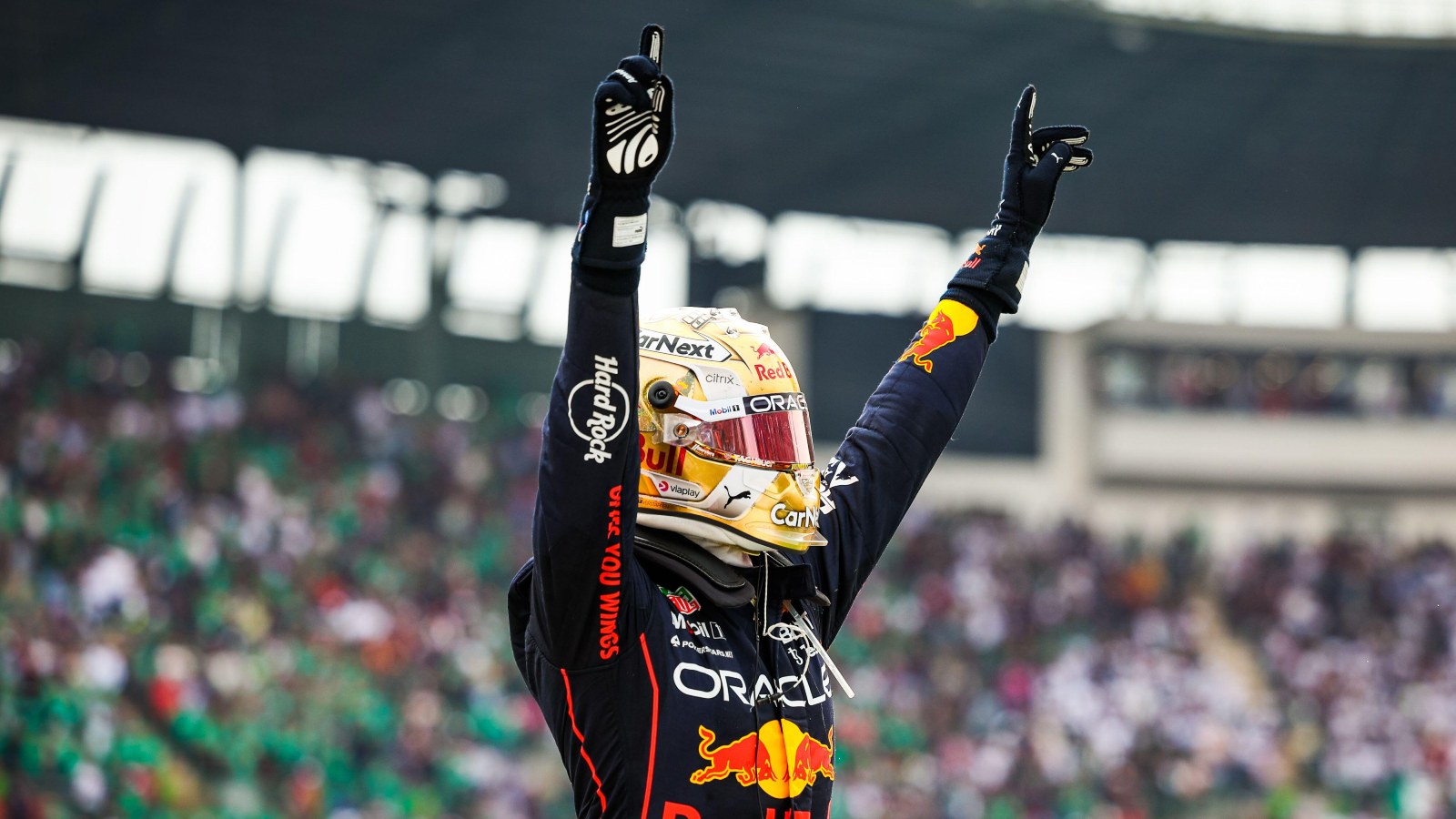 Max Verstappen dominated the field on Sunday on the way to a record breaking victory ahead of Mercedes' Lewis Hamilton.

MEXICO CITY – Verstappen was absolutely unstoppable on a beautiful Sunday afternoon in Mexico City as he cruised to his record-breaking 14th victory of the season. The Dutchman saw the chequered flag a whopping 15 seconds ahead of the Mercedes of Lewis Hamilton in second place.

In a season where Verstappen overcame a 40+ point deficit early in the season, the two-time world champion has found himself with some legendary company, tying Fernando Alonso with career victories, and officially passing Sebastian Vettel (2013) and Michael Schumacher (2004) to hold the record for most wins in a single season.

Hometown hero and Verstappen’s Red Bull teammate Sergio Perez gave the home crowd something to cheer about, rounding out the podium in third after mounting a failed late challenge on Hamilton in front.

Hamilton’s Mercedes teammate George Russell finished in a distant P4 with both Silver Arrows drivers unhappy with the strategy decisions made by their team. Both drivers were brought in early, being given the hard compound white-striped tire with the assumption the medium tires fitted to both Red Bulls would eventually start to fall off. Unfortunately for them, the gamble did not pay out with Both Russell and Hamilton struggling to match pace throughout the final stint.

The Ferrari’s of Charles Leclerc and Carlos Sainz were forced to settle for measly P5 and P6 in lonely fashion.

McLaren’s Daniel Ricciario channeled his inner Russia 2020 to finish a hard-earned P7. The Aussie stormed through the field late after being served a 10-second time penalty for causing a collision that ended the Alpha Tauri of Yuki Tsunoda earlier on. Esteban Ocon was eighth for Alpine who could have secured themselves a double points finish had it not been for Fernando Alonso’s late retirement due to an engine failure.

Lando Norris put the other McLaren in P9 as Valtteri Bottas claimed the final points spot as he dropped down the order following a very strong qualifying performance.

Despite the electric atmosphere, the race wasn’t exactly the most exciting on the campaign, as the clock nears midnight on Formula One's first season with the new regulations in place.  The championship may be wrapped up, but second place in the championship is still to play for as the travelling circus will now head to Sao Paulo, Brazil in two weeks time.