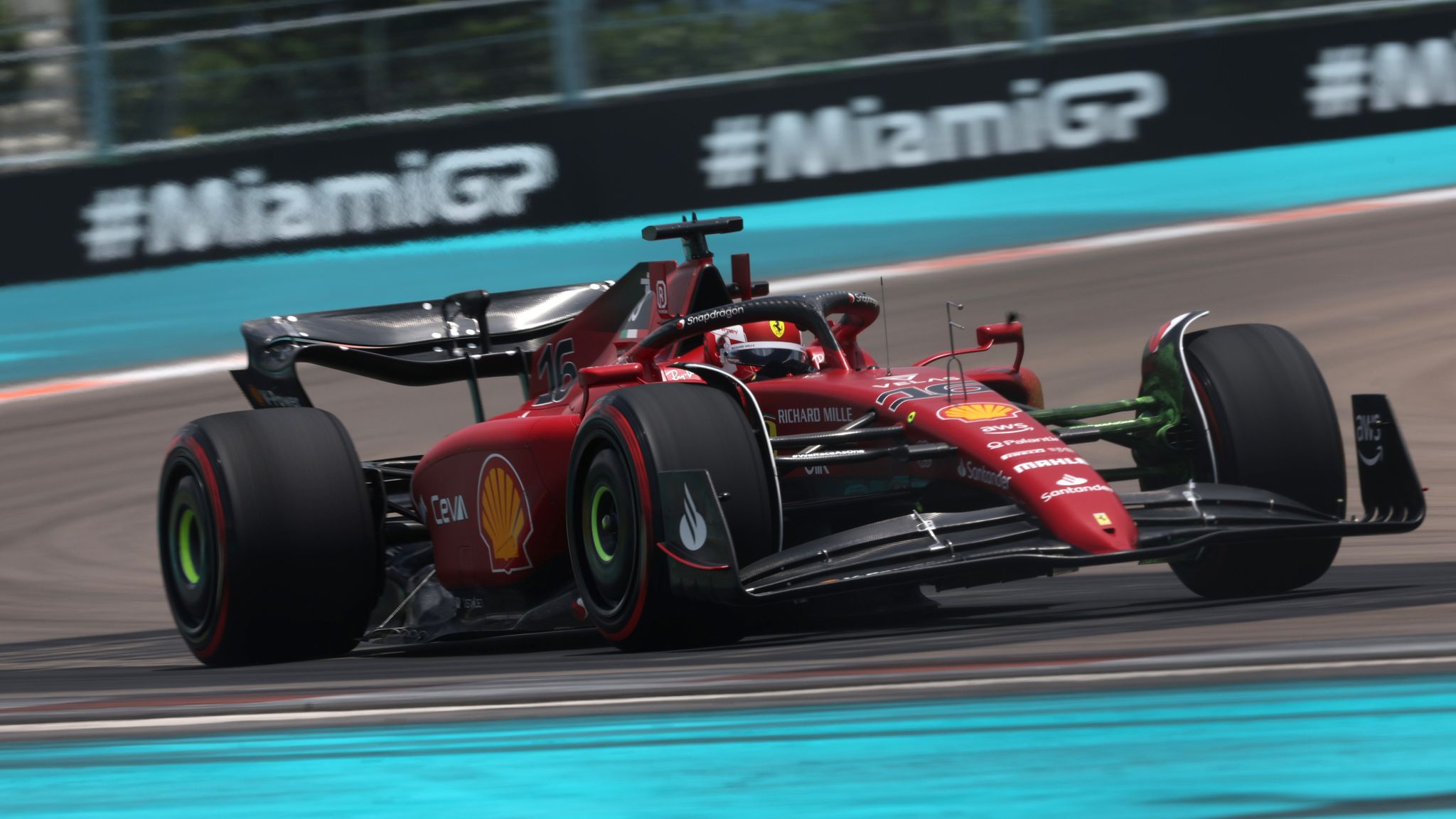 It was a scene straight out of Miami Vice around the Hard Rock Stadium on Saturday afternoon as Charles Leclerc hooked up a brilliant lap at 1m 28.796s as the chequered flag waved in Q3 to head the way with a Ferrari 1-2. The Scuderia, looking to hit back after Red Bull’s 1-2 finish in Imola, were in a tight battle in the end as a mistake from Max Verstappen saw him back out of his final flying lap to start on the second row alongside teammate Sergio Perez.

Valteri Bottas continued his strong run of performances as a new Ferrari power unit in the back of his Alfa Romeo was good enough for fifth, ahead of former Mercedes teammate Lewis Hamilton who’s in sixth.

Pierre Gasly and Yuki Tsunoda were the AlphaTauri bread to a Lando Norris sandwich, with Lance Stroll rounding out the top 10.

Alpine’s Fernando Alonso was in P11, ahead of what has been the better Mercedes over the course of the season thus far, with George Russell in 12th. Sebastian Vettel will be disappointed with P13, but not as disappointed as Daniel Ricciardo who, battling through gearbox issues, could only manage P14 for the second McLaren. Mick Schumacher out-qualified Kevin Magnussen to take P15.

Magnussen will start alongside Schumacher in 16th, ahead of Zhou Gyanyu, whose final Q1 lap was tarnished with a ton of traffic nearing the pit straight. The Williams drivers round out the field in 18th and 19th ahead of Esteban Ocon; the Frenchman unable to participate in Qualifying after his FP3 crash. He’ll start Sunday’s Grand Prix from the pitlane.