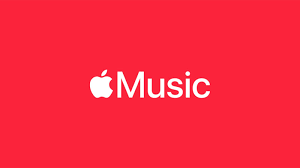 After an investigation surfaced accusing Robert Sarver (owner of the Phoenix Suns and Phoenix Mercury) of mistreating employees and “fostering a toxic workplace”, the owner agreed to sell the franchises. Amazon’s Jeff Bezos  and former Disney CEO Bob Iger have expressed an interest in buying the Suns, which is valued at $1.8 billion.

The Boston Celtics suspended head coach Ime Udoka for the season after reports surfaced that Udoka had an inappropriate relationship with a female member of the staff.

For $50 million annually, Apple Music is the proud sponsor of the Super Bowl Halftime Show. Apple replaces Pepsi as the official sponsor.

A University of Utah engineering student posted on social media she would detonate a nuclear reactor on campus if the football team lost to San Diego State. The threat was determined to be a joke, but the student was arrested and the police stated, “We have a zero-tolerance policy for these kinds of threats."