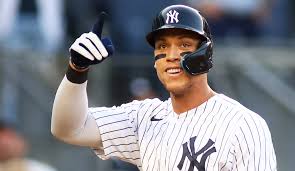 Major League Baseball accidentally announced the Dodgers clinched a postseason berth on Sunday, but they made an error, but after a 6-0 win on Monday night, the Los Angeles Dodgers officially clinched. At 97-43, the team is the first to clinch a postseason berth this year.

In other baseball news, Aaron Judge hit his 56th and 57th home runs on Tuesday night. With 20 games to go, he only needs five more home runs to record an American League single-season record.

The NBA suspended Robert Sarver, owner of the Phoenix Suns and the WNBA's Phoenix Mercury. According to the report, Sarver "violated common workplace standards" and "engaged in demeaning and harsh treatment of employees, including by yelling and cursing at them." Sarver will be fined $10 million and serve a one-year suspension.

After Tuesday's win, the Las Vegas Aces took a 2-0 lead over the Connecticut Sun in the WNBA Finals.