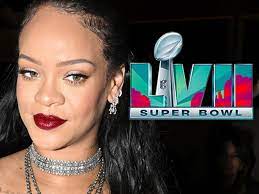 The Miami Dolphins are now 3-0 thanks to a strong quarterback in Tua Tagovailoa (who took a big hit on Sunday which is under investigation by the Players Association). The win over the Buffalo Bills had some interesting drama in the last few minutes. First, there was, what is being called, the “butt punt” when Miami punter Thomas Morstead kicked the ball from the end zone into his teammate’s rear end resulting in a safety. Then the Bills only needed a field goal to win, but they ran out of time.

The Baltimore Ravens are on fire thanks to quarterback Lamar Jackson, who didn’t sign a contract extension this season in order to increase his chances of a big payday going forward. Ravens 37, Patriots 26

The Las Vegas Raiders are the only team to lose all of its games this season and sit at 0-3.

Dallas quarterback Cooper Rush, starting for the second week for the injured Dak Prescott, is making a name for himself with another solid game and a 23-16 win against the NY Giants.

Rihanna announced she will be the Super Bowl LVII halftime performer on February 12th, 2023. Rihanna hasn’t performed publicly since the Grammy Awards in 2018. She also previously refused to perform at the halftime show in protest of the league’s treatment of Colin Kaepernick, the former quarterback who knelt during the national anthem and then claimed the league blackballed him.