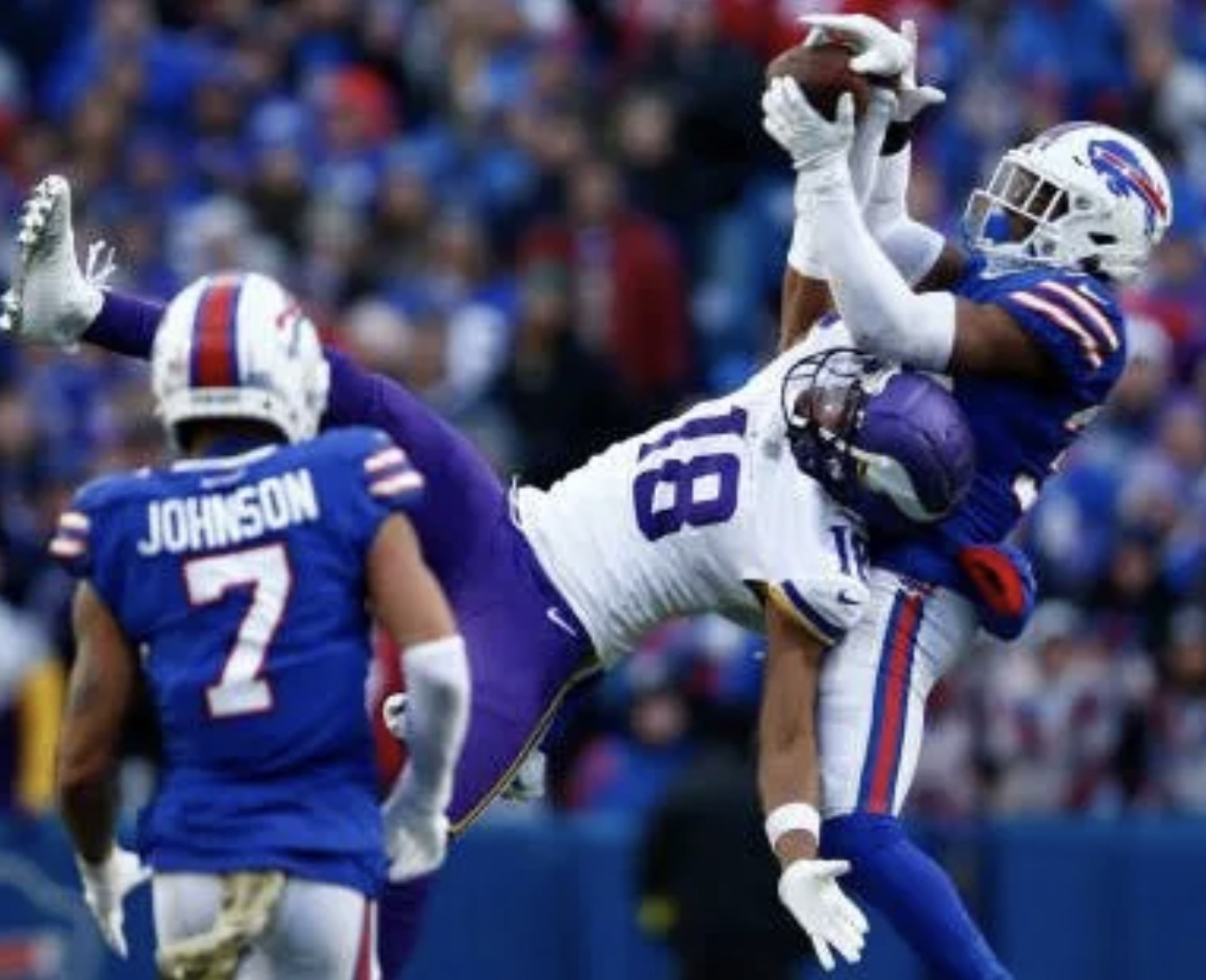 It’s being called the Game of the Year, and it’s hard to imagine there will be any other matchup with as many twists and turns.  The Minnesota Vikings beat the Buffalo Bills in overtime 33-30, but what happened in the fourth quarter and overtime was stunning. Sit back and watch this recap of one of the most exciting ends of a football game in recent history, including Justin Jefferson’s insane one-handed catch.

The Dallas Cowboys lost in overtime to the Green Bay Packers after leading through the first there quarters. Packers 31, Cowboys 28

Former ESPN analyst Jeff Saturday triumphed in his debut as the Indianapolis Colts’ head coach with a 25-20 win over the Las Vegas Raiders.