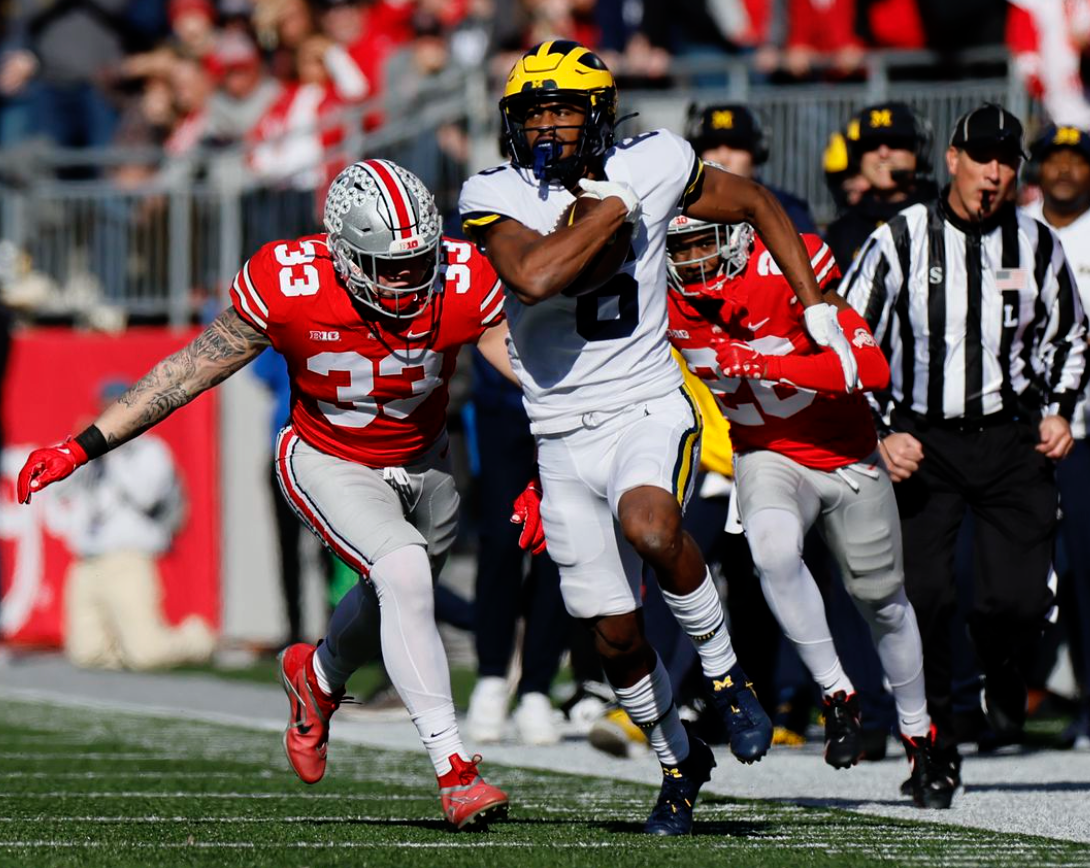 For the second straight year, Michigan triumphed over Ohio State, but this year was even more of a statement as they were playing in Columbus (their first win there in 22 years). Michigan quarterback J.J. McCarthy had a breakout day throwing for 263 yards and three touchdowns (two to Cornelius Johnson-a Brunswick High School graduate).

In the NFL, the Jacksonville Jaguars and Baltimore Ravens had one of the most exciting games of the weekend with 33 fourth-quarter points. Jaguars 28, Ravens 27

Los Angeles Chargers quarterback Justin Herbert passed Peyton Manning and Andrew Luck for the second most passing yards and touchdowns in his first three seasons as a quarterback. Chargers 25, Cardinals 24

Mike White, replacing Zach Wilson as the new Jets quarterback, had an impressive debut throwing for three touchdowns and 315 yards to lead NY to a 31-10 win over the Chicago Bears.

The group stage of the World Cup is almost complete. The US and England drew 0-0 over the weekend which means the stakes are high for the US Men's team on Tuesday when they play Iran in a winner-take-all matchup.

Qatar lost again and is out of the tournament, making the team's performance the worst by a host nation in the history of the World Cup.

In its first World Cup win in 24 years, Morocco beat the favored Brussels.