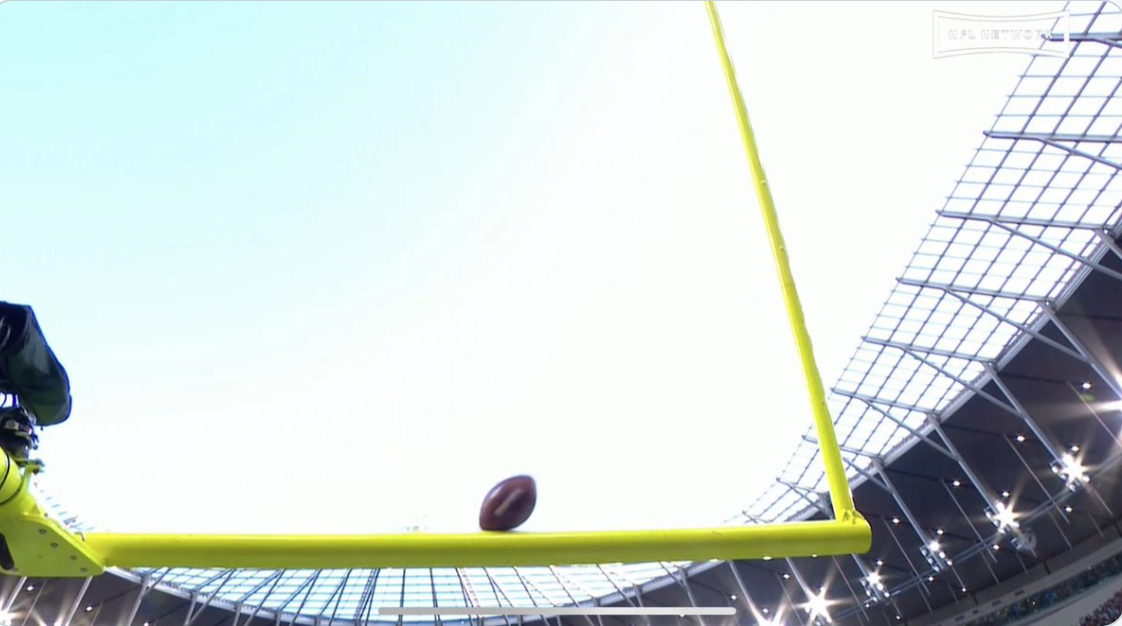 The NFL and NFLPA (Players Association) are investigating concussion protocol after the Miami Dolphin quarterback Tua Tagovailoa's scary hit last Sunday where he was cleared to return to play, but then after another hit 4 days later, he left the game with head and neck injuries. The NFLPA also fired the neurotrauma consultant who diagnosed Tua and sent him back into the game.

In some weekend NFL news, the Philadelphia Eagles remain the only unbeaten team after their 29-21 win over the Jacksonville Jaguars.

Wil Lutz almost made history on Sunday in London when he attempted his second 60 or more-yard field goal of the game. In dramatic fashion, Lutz had a chance to tie the game with a 61-yarder but missed after the kick hit the upright and tilted backward. He literally missed by two inches.

Zach Wilson got the win in his quarterbacking debut for the New York Jets. Jets 24, Steelers 20

And, the Las Vegas Raiders finally won a game by defeating the Denver Broncos 32-23.

The Los Angeles Angels agreed to pay Shohei Ohtani $30 million for the 2023 season in his final year of arbitration eligibility before he becomes a free agent. Ohtani is the 2021 American League MVP.